Hands Off, Budgeteers! DoD Must Fund Our Small Bomber Fleet

Years of hard use, long-overdue modernization programs, and budget pressures mean the entire U.S. bomber inventory faces significant risk over the next several years. Successfully navigating this risky period demands that the White House and Congress shore up the B-1, B-2 and B-52 bombers with smart upgrades, while doubling down investment on the newest bomber, the B-21 Raider.

Air Force bombers execute a unique set of responsibilities thanks to their range, responsiveness, payload, survivability and versatility. However, America’s bomber inventory averages 43 years in age, with nearly half the fleet pre-dating the 1962 Cuban Missile Crisis. In the wake of the Cold War, a drive for budget cuts saw drastic cuts to the bomber inventory. The current fleet is just 157 aircraft. Of these, only 20 stealthy B-2s would stand a chance in contested airspace. 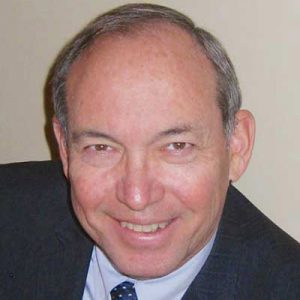 The small fleet cannot do all that is asked of it. According to one senior Air Force official, combatant commanders’ demand for bombers has increased 1,100 percent in recent years. While this would stress any aircraft fleet, the Budget Control Act of 2011 and repeated Continuing Resolutions have exacerbated the sustainment challenges, as did a major shortfall in experienced maintainers. How bad is it? Few observers were surprised when Air Force leaders revealed at a July congressional hearing that less than 10 B-1s out of a force of 62 are fully mission capable. (Gen. John Hyten of Strategic Command said six were ready to fly in August.)

Despite clear signals that the Air Force needs more bombers, current plans call for the B-1 and B-2 to retire sometime in the early 2030s, part-way through B-21 production, which is only expected to fly for the first time around December 2021. Budget programmers eager to free up funding are eyeing juicy pots of modernization and sustainment funding as the Air Force approaches a budget bulge in the next three years. . This risks creating a major capacity and capability gap.

While the B-21 is by all accounts making good progress, Air Force leaders have said it will not achieve Initial Operating Capability until the mid-to-late 2020s. Full operational capability, certification for nuclear missions, and delivery of the full fleet of at least 100 aircraft will not happen for years after that.  While everyone wishes the B-21 the best for rapid fielding, acquisition history suggests that the program could be delayed.

This means that the existing fleet of B-1s, B-2s, and B-52s will have to hold the line for many years to come. Compounding the challenge, the B-52 is slated to undergo radar modernization, re-engining, and a host of other upgrades around the same time that the B-21 is being delivered to squadrons. While these upgrades are prudent, some B-52s will have to be taken out of service, further taxing the bomber fleet during this transitional period.

While the Air Force may want to cut maintenance and modernization funding for the B-1 and B-2, these aircraft could be essential to bridge the gap before a robust fleet of B-21s is flying. So, the B-1 and B-2 must be kept maintained and flown over the mid-term. For the B-1, that means boosting readiness through focused maintenance and necessary service life extensions. The B-2, on the other hand, has ample service life remaining, but its defensive management system must be upgraded. That program to ensure it can continue to survive in advanced threat environments is already on the books. Maintaining the B-2’s ability to penetrate the sort of A2/AD air defenses China and Russia have built is especially critical given the plane’s roles in nuclear deterrence and as the nation’s only means of delivering heavy, bunker-busting bombs like the Massive Ordnance Penetrator.

The issue becomes even more clear-cut when one considers the overall state of the nuclear triad. The Ohio-class ballistic missile submarines, Minuteman ICBMs, and the Air Launched Cruise Missile are all approaching the end of their service lives and must be simultaneously replaced at the end of the 2020s. Given the uncertainty facing the B-21 and B-52 in that same period, the B-2 is a crucial “insurance policy” against disruptions that could undermine our nuclear deterrent.

Bottom line—the Air Force needs to stop looking to its bomber force for near-term budget savings and instead increase investment in this critical mission area. The Air Force should be exploring every option to grow the size of its bomber force. Findings by the Mitchell Institute, Center for Strategic and Budgetary Assessments, MITRE, and the Air Force’s own, “The Force We Need” vision, all agree that the current bomber inventory is too small and should be expanded. If an aircraft like the B-1 was taxed so hard due to high demand, the appropriate lesson is that the nation needs more bombers, not less.

Finding ourselves in a bomber hole, we need to stop digging. Extending the B-1 and B-2 is the only affordable way to sustain and grow the bomber force until future B-21 production can replace these aircraft in an additive fashion.

Those who question the cost of investment in a strong bomber force should instead consider the cost of a bomber gap. In an era where peer competitors are posing risks the U.S. has not had to consider since the Cold War, the consequences could be severe.