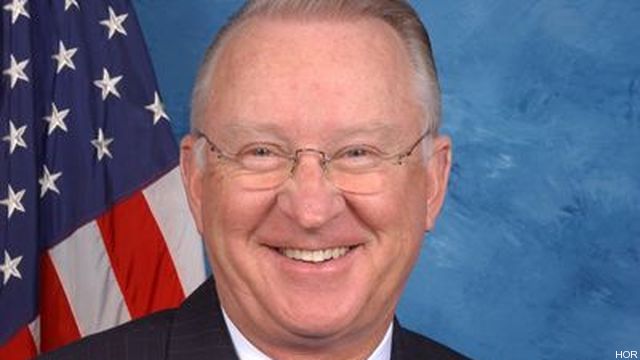 McKeon doubted any kind of grand bargain could happen this year, before or after the election, and said that the best plausible scenario is just to delay sequestration for a year — something Congress should go ahead and vote on now, to spare the country months of misery.

In the Senate, “They are talking about something,” McKeon told reporters at a Defense Writers’ Group press breakfast. “And you know there’s a difference between talking about something and putting a proposal down in writing,” he said, noting the near-identical bills that he and Sen. John McCain have proposed to avert sequestration — for a year — by finding cuts in the federal workforce over 10 years. Likewise, McKeon went on, the House Republicans came up with a plan to address sequestration by finding cuts to entitlements when they passed their reconciliation bill earlier this year.

“Levin’s a chairman in the Senate,” McKeon said. “I have a bill, why doesn’t he come up with a bill?… Write a bill. I mean, they know how to do that — I think — [then] get it passed and let’s go to conference. There is a regular order of how to do things, and talk doesn’t cut it.”

“We’re willing to make cuts in mandatory spending, which is the real problem,” McKeon said. “If you wiped out the whole discretionary budget — no spending for defense, no spending for education…. infrastructure…. parks [etc].,” McKeon said, “we would still be running a deficit of a half-trillion dollars a year… If we don’t do something about that, the rest of this doesn’t matter.”

What about revenue increases, which experts from the Bipartisan Policy Council to the Center for Strategic and Budgetary Assessments, in a report issued today, have argued must play at least as large a role as entitlement cuts?

So would Republicans look at such means of raising revenue as part of a deal now? “I’m willing to look at anything,” McKeon said with a grim chuckle. “I would like to see them come up with a plan, put it in writing, write a bill and then let’s go to conference.”

Realistically, though, McKeon said he has little hope for a true solution to sequestration this year, only a delay. “The only thing I can see that’s going to probably happen is we’re going to come into a lame duck session and we’re going to push it down the road,” he said. But that will be too late to prevent the legally required warnings of layoffs from going out to hundreds of thousands of people across the country. Already, he said, “it’s really impacting people’s lives. If we’re going to kick it down the road, let’s do it now. Why go through all this?”