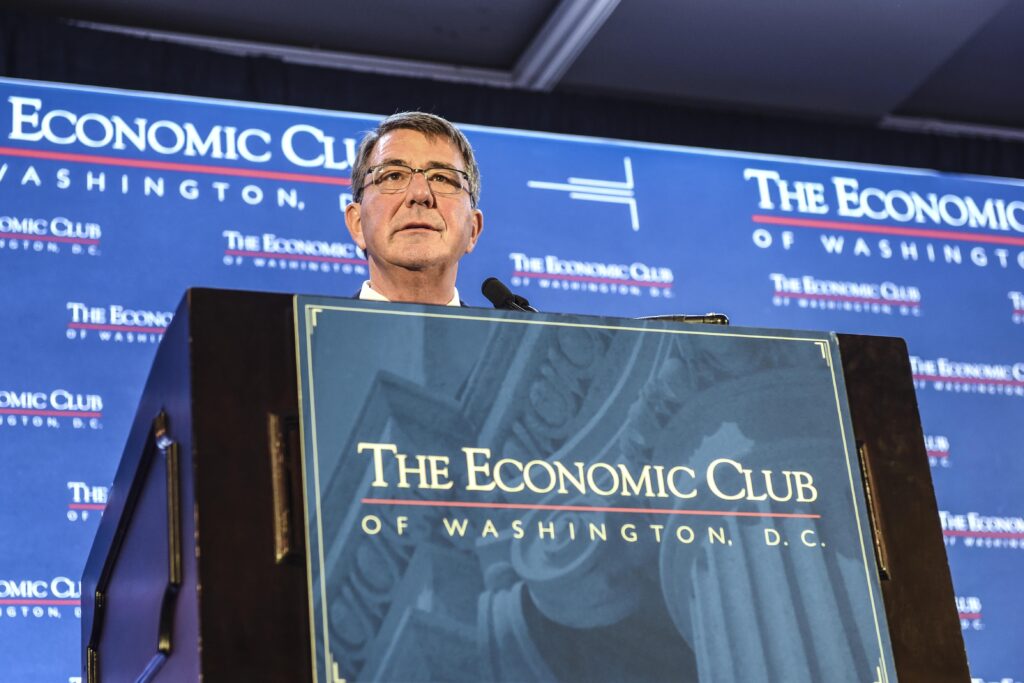 WASHINGTON: None of us knows many details about what’s in the last of the Obama defense budgets, but House Republicans are criticizing the sketchy outlines of the 2017 budget offered by Defense Secretary Ash Carter today.

In particular, House Armed Services Committee Chairman Mac Thornberry is raising concerns that the Pentagon is not asking Congress for enough money to do what must be done.

In December, Congress tried to make clear in the Bipartisan Budget Act that all funding above $551 billion requested by the executive branch would be considered emergency funding and would thus be exempt from Budget Control Act restrictions. But the proposed topline number of $582.7 billion for the Defense Department released by Carter today would provide $59 billion to the Overseas Contingency Operations account (OCO) versus $524 billion for the base budget.

That OCO figure is not high enough, Rep. Mac Thornberry made clear today. In a letter today to House Budget Committee Chairman Rep. Tom Price, Thornberry says that “an adequate national defense requires significantly more funding.” The letter, dated today, has not been sent yet and is being circulated to get signatures from as many committee members as possible.

How much more does Thornberry think necessary? “To cover that minimum level of funding, $23 billion of the OCO adjustment would support base requirements, and an additional amount of OCO would fund current operations, the precise amount of which would depend on the world security situation and U.S. deployments,” he writes.

Carter said today in his speech before the Economic Club of Washington that he planned to add $7 billion to the fight against ISIL. “The increase in counter-ISIS investments and deterrence of Russia are welcome and needed moves. But the President’s budget request, for example, does not add funds to accommodate the $7.5 billion in additional funding to counter ISIS or the $3.4 billion to deter Russia,” Thornberry said in a statement.

How can they know these funds aren’t in the budget when they haven’t seen it? Elementary, Dear Watson: The budget is lower than projected, but there are more threats. Therefore, the administration may have moved money around to spend more against Russia and the Islamic State, at the expense of something else, but it hasn’t added money.

Overall, Thornberry characterized Carter’s budget as a demonstration that Obama’s “response to a security environment that is quickly degrading is to further cannibalize our military capability.”