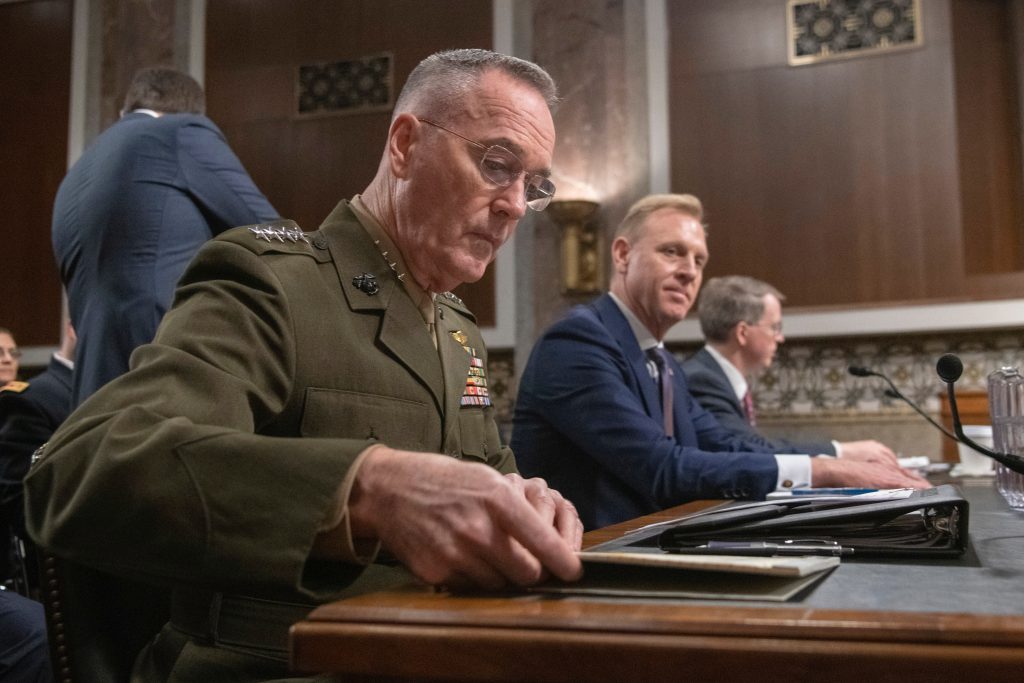 In doing so, the Democratically-controlled House signalled its intention to fight the White House over a hot-button issue president Trump sees as key to his 2020 reelection campaign.

While a budget hearing with top Pentagon officials was still in session Tuesday morning, HASC Chairman Adam Smith issued a letter formally denying the request, writing, “DoD is attempting to circumvent Congress and the American people’s opposition to using taxpayer money for the construction of an unnecessary wall, and the military is paying the cost.”

Smith cited the Marine Corps recent cancellation of exercises and pushing back planned modernization due to lack of funding, while “the Army has made an intentional decision to not pursue its requested authorized end strength for Fiscal Year 2019” after Congress already allocated the funding for the troops.

“This needs to stop,” Smith wrote. “Congress will act as necessary to defend its Constitutional prerogatives.”

The top Republican on the HASC, Mac Thornberry, agreed, up to a point. “We should not take DoD resources and use them for other purposes,” he told Shanahan, adding, “I know that is not a decision you made.”

The transfer of the money from Army accounts was outlined in a letter Acting Defense Secretary Patrick Shanahan sent to the Department of Homeland Security Monday night.

The request comes at the same time DoD has asked Congress for permission to move another $600 million within budgets to tackle the damage caused to domestic US bases from a series of catastrophic hurricanes in late 2018.

In a March 23 memo to the service secretaries, first reported by Defense News, Acting Secretary of Defense Pat Shanahan estimated that hurricanes and storms across the US last year caused $9 billion worth of damage. He noted that the Pentagon has already submitted to Congress a $600 million prior approval reprogramming request.

The Marine Corps is staring down a $3.6 billion bill for hurricane repair at Camp Lejeune, while the Air Force has said it will cost at least $5 billion to rebuild Tyndall air base in Florida after it was flattened by another hurricane. An Air Force official told me Monday that the service has yet to complete an assessment of how much repairs at Strategic Command’s Offutt air base will cost, after devastating flooding hit the base this month.

Asked about climate change directly on Tuesday, Shanahan answered briefly, “I believe we need to address resilience in our operations and how we design out our facilities.”

In the Pentagon’s budget plan to pull military construction funding from the services to fund the wall, Tyndall and Lejeune would lose $42 million.