The GAO’s recommendation against boosting acquisition rates for F-35 components misses the mark while the United States faces severe security threats in multiple regions around the world.

America faces a dangerous fighter gap that requires buying more F-35s faster. The only way to make this happen in the present budget environment is to drive the price down — the very point of large bulk buys. The air services will all face expensive life extension bills for all of their aging legacy fighters if replacements are not available soon. That is a very dangerous path given the present security environment and our sequestration-driven fiscal realities.

Air superiority is a fundamental prerequisite for any successful military operation. Without it, nearly every element of the joint force is at risk — ships at sea, troops on the ground, support aircraft like tankers and airlifters, command and control facilities, and more. Want proof? Just look at the June 6, 1944 D-Day landings. The entire operation was premised upon control of the sky. Landing craft, soldiers struggling ashore, logistics, and more would have been ravaged from above had the Allies not secured air superiority. Success on the beach was attained due to airmen’s sacrifice in the sky.

Today, the United States would be hard pressed to deliver similar results, for it faces an air superiority crisis. Just look at the Air Force. The majority of its fighters were designed in the early 1970s and produced during the Carter and Reagan administrations. Airframes are on increasingly perilous ground from both a structural and mechanical perspective. Lacking stealth technology, they are also incredibly vulnerable to modern air defenses. Things are no better in the Marine Corps with geriatric F/A-18s and Harriers. The Navy also is struggling with record-level readiness challenges and, so far, a totally non-stealthy fighter fleet. This is a bad combination — one that is worn out and unsurvivable. 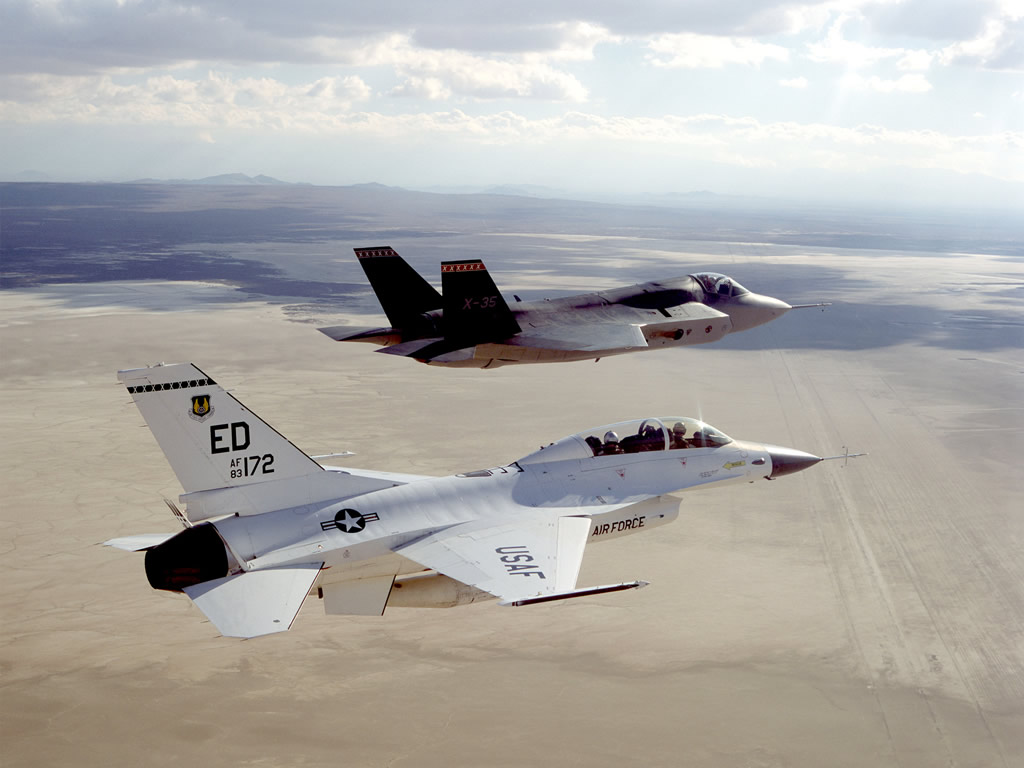 America’s fighter force also faces a capacity shortfall. Ever since 9/11, the defense establishment has focused almost exclusively on the challenges presented by counter insurgency warfare in Iraq and Afghanistan. As a budget offset to help sustain these operations, existing fighter inventories were cut, recapitalization efforts like the F-22 prematurely terminated, and the F-35 buy was moved to the right. Mission demands were placed upon a decreasing inventory of fighters, wearing them out at a faster rate than originally planned. Now, the services are stretched to a point where they lack sufficient mass to meet basic strategy requirements.

Take Ukraine, Syria, and North Korea as real-world examples. Each region is protected by sophisticated anti-aircraft defenses readily able to shoot down legacy aircraft like the F-16, F/A-18, and Harrier. That means operational demands must be shouldered by approximately 100 combat-coded F-22s and a handful of operational F-35s. Securing air superiority in a single region would stretch this small force of advanced fighters thin, let alone three. Our adversaries know this and it is driving much of the aggression we see around the globe. We lack the ability to deter, which increases the risk for war.

There are two ways to fix this. First, keep slowly increasing F-35 production and spend significant funds to extend the lives of existing legacy fighters. This places a great deal of risk on the existing fleet, for even if the Air Force buys 80 F-35 per year this leaves them sustaining over 600 F-16s past 2030. Similar realities face the other branches. This path accepts significant operational risk and involves spending significant sums on aging aircraft whose combat viability is increasingly in doubt.

Second, the Department of Defense could opt to significantly accelerate F-35 production. This path would buy down operational risk by rapidly injecting modern capabilities into the force, avoid spending as much on legacy aircraft life extensions, and would harness volume buy efficiencies.

Bottom line, the GAO’s report focuses myopically on certain facets of the F-35 program without considering broader considerations about the air superiority mission writ large. Is there risk associated with moving F-35 buys to the left? Yes, facets of the program are still in development and that leaves certain questions open. However, these aircraft are also executing operational missions as we speak — with a contingent deployed to Europe as a powerful signal to Russia. There comes a point when leaders need to embrace the future and realize that holding onto relics of the past is no longer tenable. That is where we are with America’s fighter force structure—it is time to acknowledge the shortfall and work to fix it as expediently and efficiently as possible.

Doug Birkey is executive director of the Mitchell institute for Aerospace Studies, an affiliate of the Air Force Association.