Hill To DoD: What’s ‘Up Your Sleeve’ on SM-3 Missiles 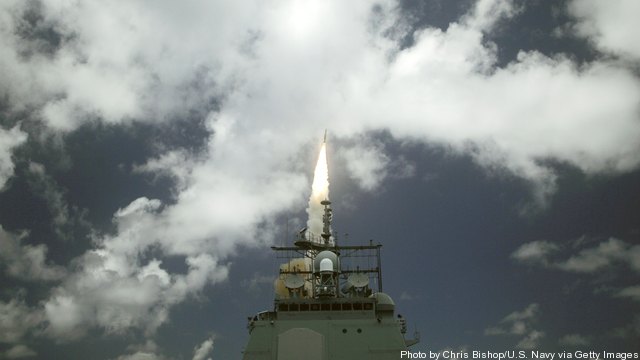 WASHINGTON: With the White House and Congress searching for defense cuts, a number of big-ticket Pentagon programs have been put under the microscope.

With the recent release of two separate reports by the Defense Department and Congressional Budget Office, the Missile Defense Agency’s newest ballistic missile program could suffer.

The SM-3 Block IIB missile will serve as the backbone for the American missile defense force, as well as play a key role in the White House’s plans for a ballistic missile shield in Eastern Europe, or the Evolved Phased Adaptive Approach plan.

But the reports, one by the Defense Science Board (not released yet) and the Congressional Budget Office this month took some big shots at the program, with criticism ranging from whether MDA can afford the program’s anticipated ten-year, $1.7 billion development to whether a near-term missile interceptor capability is even necessary.

Those questions have some on Capitol Hill and in the Pentagon wondering whether the missile defense mission can be done another way, according to a Hill source.

“There is a lot of uncertainty with these programs and members are asking tough questions about them,” the source said. Many of those questions are centered around what DOD plans to do, should the Block IIB be terminated. While members are split on what the best Block IIB alternative should be, the consensus on the Hill is that DoD has been less than open about its SM-3 backup plans.

“Clearly the department needs to engage Congress,” the Hill source said. “They want answers. If it is IIB, it is IIB or if it is something else the department has up its sleeve, maybe that’s it.”

But some in Congress have argued that the PAA mission in Europe could be done with “a super SM-3, based on a [Block] IIA design,” according to an industry source. Modernization of the Block IIA would be a cheaper, less risky option compared to the Block IIB, the source added.

Whatever the option, if they want the system, the source said, Congress and the White House “have got to be willing to fund it, and it takes a decade to build a new missile, even today.”

But that willingness for the program has waned, particularly among lawmakers, given the weapon system’s past performance, the Hill source said.

“The track record of getting these out on time, on schedule [and] on cost does not leave much hope the [Block] IIB is going to be available” in time to meet the PAA deadlines, the Hill source added. “It is going to be an issue, and at some point they are going to have to have a frank discussion, in the department and with members of Congress, on how we do this.”