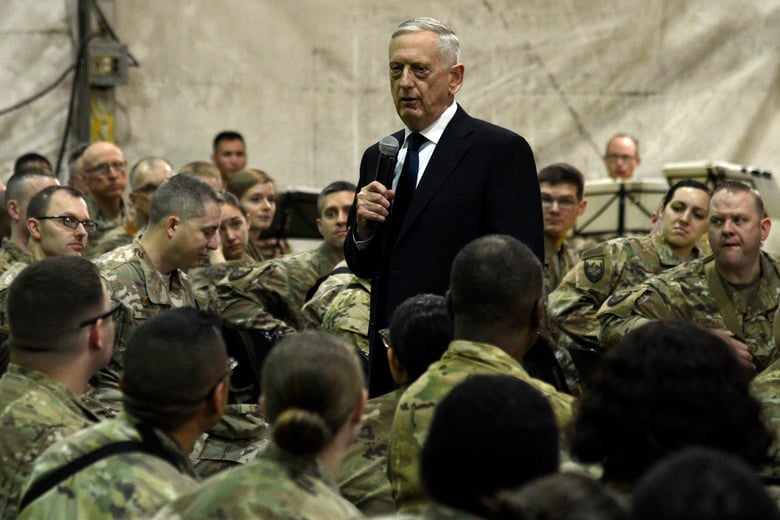 WASHINGTON: At 9:22 am on Gen. Jim Mattis‘s last day as Secretary of Defense, the Pentagon released his official farewell to the Defense Department’s almost three million servicemembers and civil servants. It’s three brief, carefully crafted paragraphs packed with historical references and political messages that require some decoding – and which are implicitly critical of President Donald Trump.

Now, what was happening on February 1st, 1865? It was six weeks before the end of the Civil War – perhaps a reminder from Mattis that, as bitterly divided as America seems now, the nation has survived much worse. Feb. 1 was also the very day President Lincoln signed the congressional resolution passing the 13th Amendment, the abolition of slavery, and referring the Amendment to the states for ratification.

Meanwhile, Confederate agents were suing for peace – on terms that would preserve an independent, slave-holding Confederacy. Those were terms Lincoln was determined to reject, but he felt compelled to at least hear out any proposal for peace. In fact, secret talks would take place on Feb. 3 in Hampton Roads, a location that allowed Lincoln to deny to Congress that any Southern delegation was “in the city” of Washington. 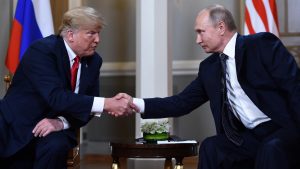 It was these impending peace talks that Lincoln was referring to, above all else, when he told Grant “Let nothing which is transpiring, change, hinder, or delay your military movements, or plans.” In other words: Whatever political discussions may be underway about potentially ending the war in the future, for the present you must wage that war to the utmost.

The analogy to 2019 is striking. President Trump has ordered a complete withdrawal from Syria and is seeking a partial withdrawal from Afghanistan, but timelines and details remain unclear — even for the apparently unequivocal order on Syria, Sen. Lindsey Graham said after a meeting with the president. Until you actually get the order to leave, Mattis is telling the troops on the ground, keep fighting like hell.

And keep fighting, Mattis says, “alongside our allies.” Those allies would include the Kurdish forces in Syria that Trump’s withdrawal would leave at the mercy of a hostile Turkey, and the Afghan government forces that have been losing ground against the Taliban. In a larger sense, it includes European NATO allies, South Korea, and Japan. Trump has repeatedly disparaged these nations as freeloaders exploiting American investments in defense (a fair point and one previous presidents have made) that the US might abandon if they don’t pay up (a quid pro quo that no previous president has suggested):

“America shouldn’t be doing the fighting for every nation on earth, not being reimbursed in many cases at all. If they want us to do the fighting, they also have to pay a price…and sometimes that’s also a monetary price, so we’re not the suckers of the world,” Trump said on his recent (first and only) visit to troops in Iraq. “We’re no longer the suckers, folks.”

Mattis’s message to the troops, by contrast, is “hold fast, alongside our allies, aligned against our foes.” What foes? Well, besides the Taliban and ISIS, that probably means the four horsemen of Pentagon planning, as enshrined in Mattis’s not-quite-year-old National Defense Strategy: Iran, North Korea, China, and Russia. While Trump has taken a hard line on Iranian sanctions and Chinese trade, his warm outreach towards Pyongyang and the Kremlin put many in the Pentagon on edge, reportedly including Mattis.

No wonder, then, that in his final farewell, as in his resignation letter not quite two weeks ago, Mattis dispenses with even pro forma praise of Trump. “Our Department’s leadership, civilian and military, remains in the best possible hands,” he says in today’s message. What about the nation’s leadership in the White House? Mattis’s silence on that matter is deafening.