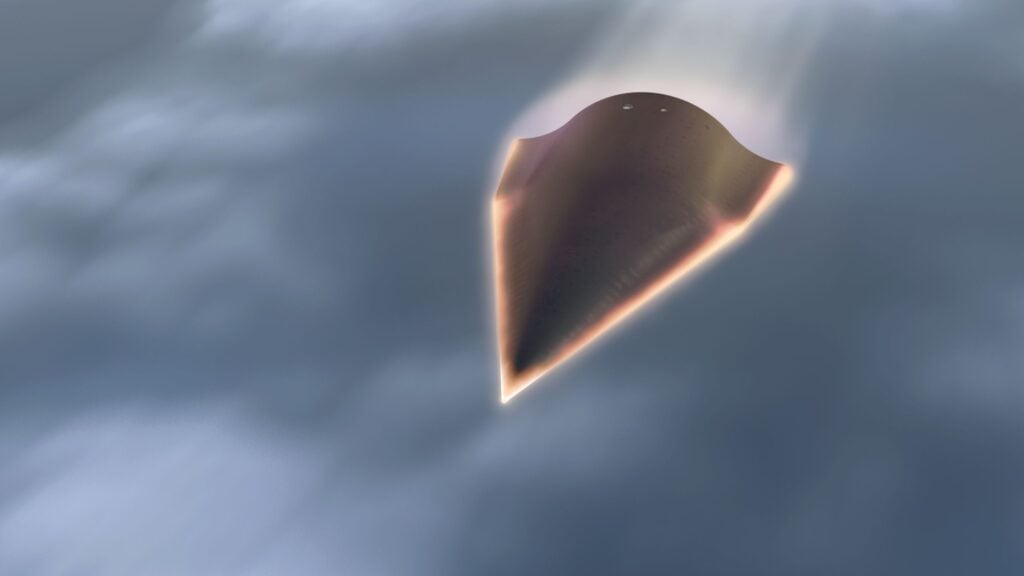 The US Falcon hypersonic vehicle.

CAPITOL HILL: Sometimes it can seem as if one lives on several different planets at the same time while living here in Washington. This afternoon saw three top GOP lawmakers decrying China after it apparently tested (we don’t know if the test was successful) a hypersonic vehicle. This evening, the Navy announced it is beefing up the number of carriers stationed in the Pacific, moving the USS Theodore Roosevelt from its current berth at Norfolk to San Diego.

And the Chief of Naval Operations told the Surface Navy Association’s annual conference late this afternoon that the kerfuffle between the Chinese aircraft carrier’s escorts and the USS Cowpens “quieted down very quickly” once the carrier’s senior captain communicated directly with his colleague on the Cowpens. The CNO cast this as an excellent example of how well-understood protocols could help both sides avoid crises. It’s been previously noted that the captain of the Liaoning visited the Pentagon last September.

But on Capitol Hill, the portrayal of China was not nearly as positive. Three GOP members of the House Armed Services Committee, including chairman Buck McKeon, sounded the alarm.

The Chinese “appear to be leaping ahead of us” with the test of a hypersonic missile, said Reps. McKeon, Randy Forbes and Mike Rogers. “The Asia Pacific is fast becoming a powder keg. Allowing nations that do not share our respect for free and open avenues of commerce to gain a strategic advantage over the United States and her allies only brings us closer to lighting the fuse.”

I spoke with a former senior intelligence official who is familiar with hypersonic technologies to get some idea of the significance of the Chinese test. In military terms, this “isn’t very significant,” if it’s a gliding vehicle powered to hypersonic speed by a rocket, which appears to be the case, the former official said. The truly worrying advance would come if China had demonstrated the ability to fly a powered vehicle at hypersonic speeds that was able to engage in controlled flight. The United States has worked on hypersonic technologies for years, most recently on Boeing’s X-51, which is a scramjet. The X-51 flew faster than Mach 5 (which defines hypersonic) for 210 seconds in May last year (pictured below). 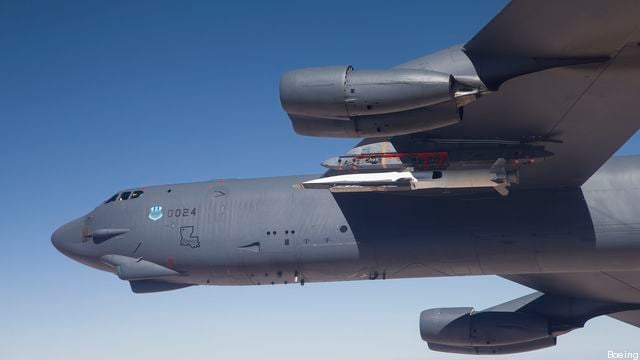 There have been persistent reports that China’s so-called carrier-killer missile, the DF-21, is hypersonic. But it’s more likely a medium-range ballistic missile with an independently-guided warhead that does not fly faster than Mach 5.

Here’s the complex dance of the carriers as chronicled by the Navy News Service: “The U.S. Navy announced today that the aircraft carrier USS Ronald Reagan (CVN 76) will replace USS George Washington (CVN 73) in Japan and become part of the U.S. 7th Fleet forward-deployed naval forces (FDNF) in Yokosuka, Japan. As part of the rebalance strategy to increase the Navy’s presence in the Pacific Fleet, USS Theodore Roosevelt (CVN 71) will move from Norfolk, Va., to San Diego.

“Theodore Roosevelt will serve as a U.S. 3rd Fleet rotational carrier allowing Ronald Reagan to depart her current homeport in San Diego and proceed to Yokosuka. George Washington will depart Japan and proceed to Virginia in preparation for its mid-life refueling complex overhaul at Newport News Shipbuilding, Huntington Ingalls Industries.”