Posted by Rebeccah Heinrichs on January 25, 2017 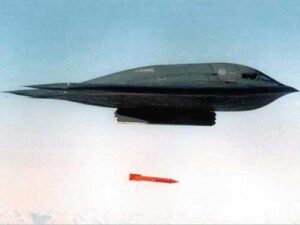 A B-2 launches simulated B-61 nuclear weapon

If the Trump administration wants to negotiate an arms control treaty with Russia, it must meet several preconditions.

The Times of London reports that then President-elect Donald Trump signaled he would consider a nuclear arms reduction treaty with the Russians. He was quoted as saying, “For one thing, I think nuclear weapons should be way down and reduced very substantially, that’s part of it. But Russia’s hurting very badly right now because of sanctions, but I think something can happen that a lot of people are gonna benefit.”

It’s not clear if the President is committed to a nuclear arms treaty, or if he was merely trying to lure the Russians to the negotiating table. It’s also unclear if he meant only Russian nuclear weapons should be “way down and reduced very substantially.”

It is clear that President Trump, in addition to his pick for secretary of state, Rex Tillerson, and Defense Secretary James Mattis, think it is wise to look for ways to find agreement with the Russians to cool a relationship that has grown increasingly heated during the Obama years. It is also true that the Russians are always interested in U.S. nuclear reductions — if not Russian nuclear reductions — so it is plausible President Trump is merely demonstrating a willingness to talk.

But President Trump has also left other clues about the way he will interact with heads of state. He has consistently insisted that he wants “good deals” that will benefit the United States, as opposed to, one can infer, the kind of deals the Obama administration brokered that certainly helped our adversaries but did little or made things worse for the United States. He also wants to assert American leadership and negotiate from a position of strength.

On U.S. nuclear weapons, he recently stated “the United States must greatly strengthen and expand its nuclear capability until such time as the world comes to its senses regarding nukes.” Considering the U.S. nuclear deterrent is overdue for modernization, this was a wise position to stake out. 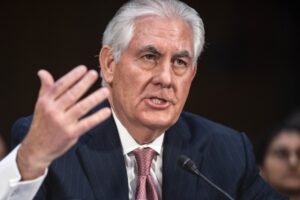 So, what would the preconditions for a “good deal” for Americans look like? How would the United States, with a potential Secretary of State Tillerson at the helm, negotiate such a treaty from a position of strength and without degrading the credibility of our own aging nuclear deterrent force?

First, timing is everything. Until the Russians are found to be in compliance with current treaty obligations, the United States should not open a dialogue about future arms control deals. This is perfectly consistent with goals outlined in the testimony provided by Mr. Tillerson, who repeatedly pointed out that the Obama administration failed to enforce agreements, which had the unintended effect of welcoming further violations. As of now, the Russians are above New START Treaty limits. They must comply with the treaty by its deadline of February 2018 and, while it’s still technically possible, the trends of a Russian nuclear build-up do not build much confidence that they will be.

Additionally, the New START Treaty has major accounting loopholes that the Russians have taken advantage of. Most egregious is the bomber-counting rules. The treaty counts an entire load of weapons on a nuclear-capable bomber as a single warhead regardless of how many warheads are actually on the bomber.

Mark Schneider at the National Institute for Public Policy lays out the problem.

Indeed, in 2010, Hans Kristensen told The New York Times that the bomber weapon counting rule was “totally nuts” because it “frees up a large pool of warhead spaces under the treaty limit that enable each country to deploy many more warheads than would otherwise be the case…”RIA Novosti, a Russian government news agency, reported, “Under the Treaty, one nuclear warhead will be counted for each deployed heavy bomber which can carry 12-24 missiles or bombs, depending on its type.” The 2016 article by Kristensen and Norris cited above states that Russia now has about 2,600 real deployed strategic nuclear warheads. Assuming the Obama administration has not increased the number of nuclear weapons at our heavy bomber bases from the 2011 level, the U.S. probably has about 1,550 deployed missile and bomber strategic nuclear weapons today. This suggests a real Russian advantage of approximately 1,000 deployed warheads—hardly a passing blip.

The Russians are also in violation of the Intermediate-range Nuclear Forces (INF) Treaty. Until the Russians comply with those arms control treaties, and the loopholes are closed in New START, the United States should remain steadfast in its unwillingness to discuss another arms control treaty. If Moscow won’t follow the current rules, it would be a fool’s errand to assume it would follow more if we made them.

It should also expand in capability, just as the Russians are expanding the capabilities of their nuclear weapons. Obama Energy Secretary Ernest Moniz recently characterized the difference between how the United States updates its deterrent with the way U.S. adversaries update theirs: “We refurbished our weapons to make them safer and more reliable. We didn’t ‘modernize.’” Modernization, he said, “is what Russia is doing and China is doing.” Indeed, while U.S. policymakers debate whether or not specific programs like the new B-61 bomber design provides the country with new and improved capabilities that might be “destabilizing,” the Russians are moving forward with increased capabilities without hesitation.

Because of this, the United States should move forward with the Obama administration’s current nuclear “refurbishment” plans, without delay. The backbone of the land-based leg of the triad is the Ground-based Strategic Deterrent (GBSD), the replacement program for the aging Minuteman Intercontinental Ballistic Missiles (ICBMs). GBSD is especially critical because the Minuteman is in such dire condition, and any further delay in funding the replacement program would mean cancellation by atrophy. It takes years to get a new system online, and it’s become a race with the clock. Defense Secretary James Mattis, although seemingly open to talking about the future of the land-based leg of the triad in the past, expressed firm commitment to all three legs of the triad, in particular GBSD, during his confirmation hearing.

He was, however, much less committed to the new cruise missile, the Long-Range Standoff Missile (LRSO), and said he looked forward to going over the requirements and costs of the program. When the new defense secretary receives his briefings on LRSO he’ll discover it will be critical for stealthily clearing the way for a bomber with great precision and low nuclear yields, and it can be launched from a safe distance. As Gen. Stephen Wilson, then-commander of the Air Force Global Strike Command, explained: “There may be air defenses that are just too hard… But with standoff, I can make holes and gaps to allow a penetrating bomber to get in, and then it becomes a matter of balance.” As for affordability, the GBSD and the LRSO combined account for just over 1 percent of the Air Force’s acquisition funding over the next five years (or the Future Years Defense Program (FYDP)).

Third, the United States must recommit to the missile defense mission and expand its capabilities. Since the Cold War the Russians have tied missile defense to offensive nuclear armaments, and claimed that U.S. defenses negated Russian offensive missiles and, therefore, must be restricted within the context of nuclear arms reductions. Indeed, individuals who take an emotional anti-nuclear weapons stance often cite President Ronald Reagan as one who favored nuclear reduction as the primary means of preventing a nuclear war. What they fail to mention is that President Reagan wanted to take a multi-track approach to ensuring nuclear weapons are not employed, and although reducing nuclear numbers was one facet, expanding defensive capabilities was another. From the start, the United States must take the position that its plans to develop and deploy missile defenses, both in Europe, the Middle East, at home, as well as non-terrestrial components to missile defense, will remain unfettered by Russian objections. Period.

Moreover, even as President Reagan proclaimed his support for an eventual draw down of nuclear weapons, he initiated a major nuclear modernization program for the United States that included adding thousands of nuclear warheads and various delivery systems to the deterrent force. President Trump’s call to expand and improve the capabilities of the U.S. arsenal would be perfectly Reaganesque.

The new administration should move forward with setting the above preconditions for talks, which will take an enormous amount of diplomatic heavy-lifting and time. But until these conditions are met, the United States will not be negotiating from a position of strength, nor will it be getting a “good deal” for the United States. With this in mind, it would be prudent for the Trump administration to set aside the notion of further nuclear reductions and focus on other security initiatives where there may be common ground with the Russians.

Rebeccah Heinrich is an expert on missile defense and nuclear weapons affiliated with the Hudson Institute. Follower her on Twitter: @RLHeinrichs