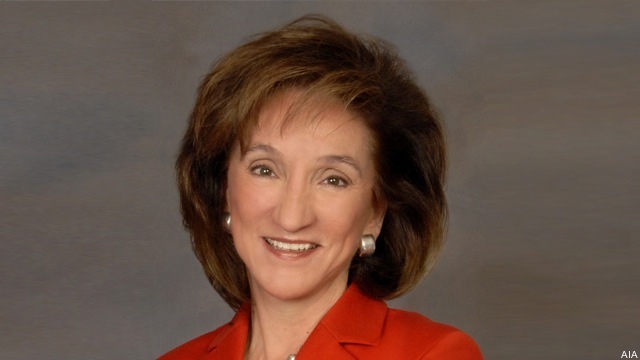 WASHINGTON: The aerospace industry and its largest union have started a new campaign to pressure Congress and the administration to prevent sequester, which they say could result in the loss of more than one million jobs from aerospace, defense and related activities.

The new drive, kicked off with a news conference today (3/7), is called “Stop the Clock.” It includes the gimmick of distributing a small computerized clock that counts down the days, hours, minutes and seconds until the automatic cut of $1.2 trillion in government spending — more than half in national security, aerospace and homeland security funds — would kick in.

It was 300 days-plus and dropping at the National Press Club event, held by the Aerospace Industry Association (AIA) and the International Association of Machinists and Aerospace Workers (IAM).

But with a keen appreciation for what can get the attention of politicians — particularly in an election year — the primary weapon was a report prepared by Deloitte, a prominent financial analytical firm, that shows the number of jobs, economic impact and taxes aerospace and defense spending contributes to every state. And, in a national map that condenses that data, it also shows in red numbers, the number of jobs Deloitte said would be threatened if sequester is not stopped.

AIA President Marion Blakey said copies of the report are being sent to every member of Congress. The 81-page report, and a letter also were sent to President Obama, Defense Secretary Leon Panetta, Joint Chiefs of Staff Chairman Gen. Martin Dempsey, and 10 other administration officials.

The report and the letter pound home the facts that the aerospace and defense industry “is a strategic national asset that makes irreplaceable contributions to America’s bottom line, driving 2.23 percent of national GDP and supporting more than 3.5 million U.S. jobs.”

The biggest impact of the two industries and their suppliers are in California, Washington, Texas and Florida, with revenues in the tens of billions of dollars. But the report finds an effect in every state, down to $81.7 million in revenue and 386 jobs in Wyoming. Somehow, the chart shows a loss of 473 jobs from sequester, apparently accounting for indirect employment.

And in case members of Congress are not impressed by the statistics, IAM international President Thomas Buffenbarger said union members in every state would carry the message to their federal representatives. It is one thing for lawmakers to ignore organizations like AIA or IAM who hound them in Washington, but it is something else when they go home and have to face their constituents. “These are voters,” Buffenbarger said.

Retired Air Force Gen. Charles Wald, now head of Deloitte’s defense sector, said the threatened cut of more than $500 billion in defense funds would hurt national security at a time of rising threats from China and Iran. Because most of the funding cuts would have to come from procurement and research and development, the impact would be particularly harmful, given the advanced age of Air Force aircraft and decline in the traditional U.S. technological superiority.
AIA officials also warned that further cuts in FAA funding would stop work on the already delayed next generation air traffic control system, which could block the expected growth in commercial aviation. (The state-by-state data is available at www.secondtonone.org)