Iran’s New Missile A Tweak, Not A Breakthrough

Posted by Ralph Savelsberg on October 4, 2017 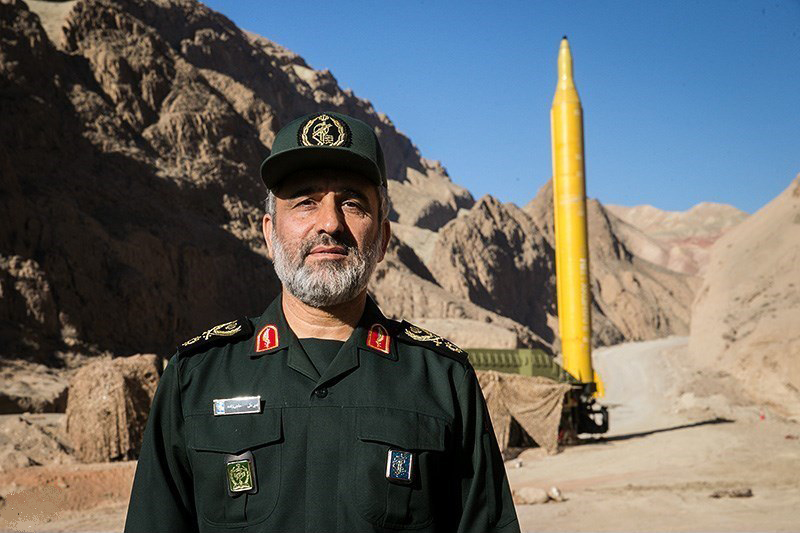 Apparently following North Korea’s playbook for getting under the skin of President Trump, Iran wheeled a new missile, named the Khorramshahr, through Tehran during a parade last week on Friday, held to commemorate the 1980 start of the Iran-Iraq war.

A few hours later, Iran published a video of a launch, see Figure 1 for a screenshot. President Trump famously tweeted: “Iran just test-fired a Ballistic Missile capable of reaching Israel. They are also working with North Korea. Not much of an agreement we have!”, pointing an accusing finger at North Korea and referring to the Iran nuclear deal. US media reports initially suggested that the launch took place after the parade, but later it emerged that US intelligence picked up no indication that this actually happened. The launch video may have been taken back in January, when the missile was first flight-tested.

Why Iran decided to release this video is unclear, but if the timing was chosen to suggest a brand new launch and for political impact they succeeded. 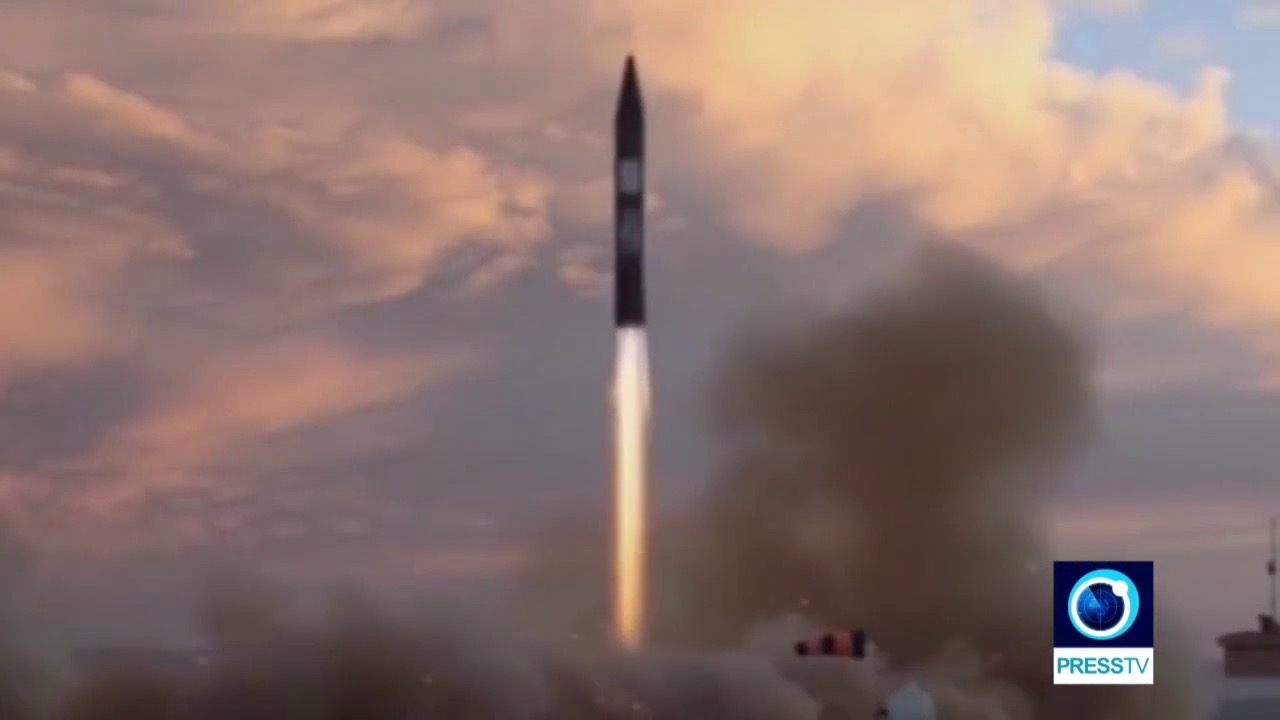 Figure 1: The Khorramshahr in flight. (screenshot from a video published by PressTV)

There are a number of known links between the North Korean and Iranian missile programs. For instance, Iran’s Shahab-1 and Shahab-2 are North-Korean built variants of what was originally the Soviet R-17 (SS-1B Scud-B). The Shahab-3 IRBM is an Iranian version of the North-Korean Nodong. Like the Scud, these missiles use kerosene as fuel and IFRNA (Inhibited Fuming Red Nitric Acid) as the oxidizer. During the boost phase, they are steered by moveable jet vanes mounted in the exhaust. This is proven technology, but the propellant mix has a relatively low specific impulse (a measure for how much thrust the propellant can produce) and the thrust is further reduced by the jet vanes. Iran has built its own versions of the Shahab-3, culminating in the Ghadr 110 and Emad missiles. Their propulsion is largely unchanged, but due to a lighter structure and longer fuel tanks these missiles can fly up to 2,000km, depending on the payload. The Emad has an overall length of about 16.4m and, like the original Nodong, it has a diameter of 1.25m. 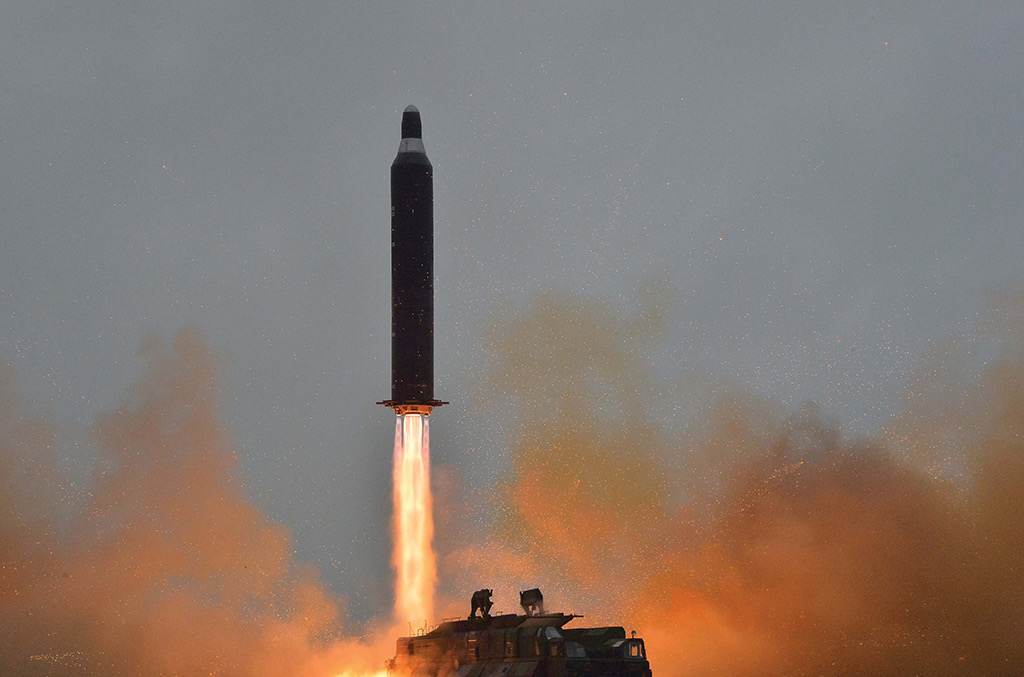 In June of 2016, North Korea published photographs of the launch of its then-newest ballistic missile, named the Hwasong 10 (see Figure 2). This missile, also known as the Musudan, was first driven through Pyongyang on top of a large twelve-wheeled transporter back in 2010. It was visually similar to the originally Soviet R-27 (SS-N-6 “Serb”) submarine-launched ballistic missile. The R-27 used a more energetic propellant combination of UDMH (unsymmetrical dimethyl hydrazine) and N2O4 (dinitrogen tetroxide), had a light-weight structure with a shared bulkhead between the oxidizer and fuel tanks and used two separate so-called vernier engines for steering rather than thrust vectoring vanes. It was a far more potent missile than the Scud or Nodong derivatives. The original R-27 had a range of 2,400km to 2,500km with a 650kg payload.

The Hwasong-10 launch pictures confirmed the use of an R-27 engine but also showed a few differences with the original missile. At approximately 11.1 m in length the North-Korean missile is longer, it has a set of eight lattice fins for stability and it probably uses a heavier airframe. The missile’s diameter is 1.5 m, which is larger than previous DPRK ballistic missiles. Access to this technology has allowed North Korea to make a quantum leap in its missile program. There have been persistent rumours that the DPRK exported this missile to Iran. However, this alleged Iranian version, usually referred to as the BM-25, was never shown to the public.

During the Khorramshahr test in January of this year, the missile reportedly failed after flying 600 miles. News reports at the time speculated that the test was linked to the BM-25. At a first glance, the missile in the launch video published last week indeed appears similar to the Hwasong-10. It looks relatively wide for its length and the video shows the exhaust plumes of vernier engines on either side of the main engine exhaust. Furthermore, the plumes are a lot clearer and less orange in color than for a missile that uses kerosene and IFRNA. This suggests the use of amine fuel such as UDMH. Inevitably, speculation started that the long-awaited BM-25 has now finally been unveiled, which would be clear evidence that the DPRK and Iran are continuing their collaboration. 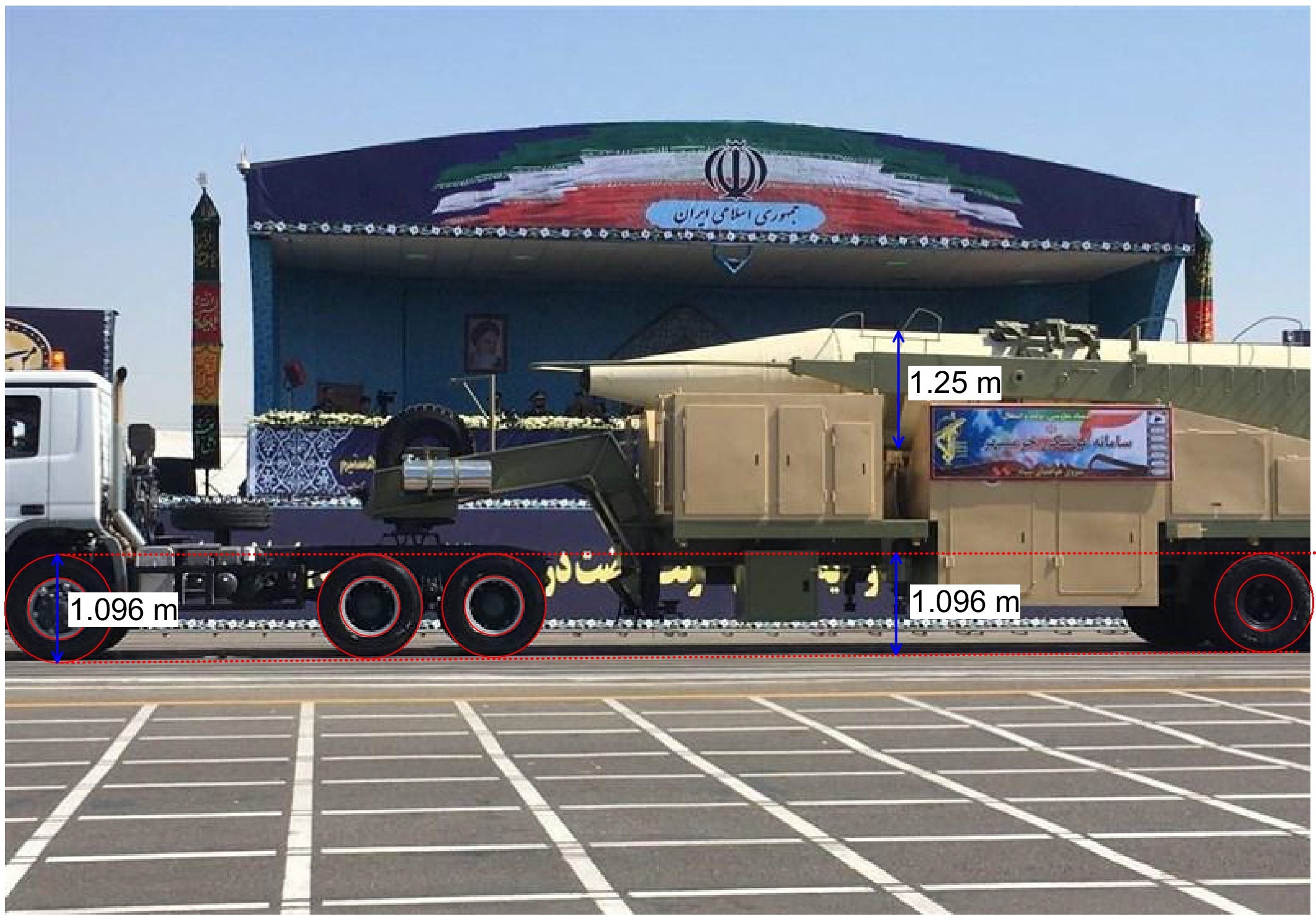 Figure 3: A Khorramshahr missile being driven through Tehran on September 22nd.

Unfortunately, the photographs of the missile displayed in the parade do not show engine details. We can estimate the missile’s diameter by comparing it to the size of the tires, however. The tractor unit pulling the trailer is a Mercedes Actros. According to the manufacturer’s specification, this has a tire diameter of 1.096m. In Figure 3, the tires are compressed slightly due to the weight of the vehicle, but the top of the tires on the tractor and the center of the wheel hubs can be located. This allows reconstructing the uncompressed tire heights. 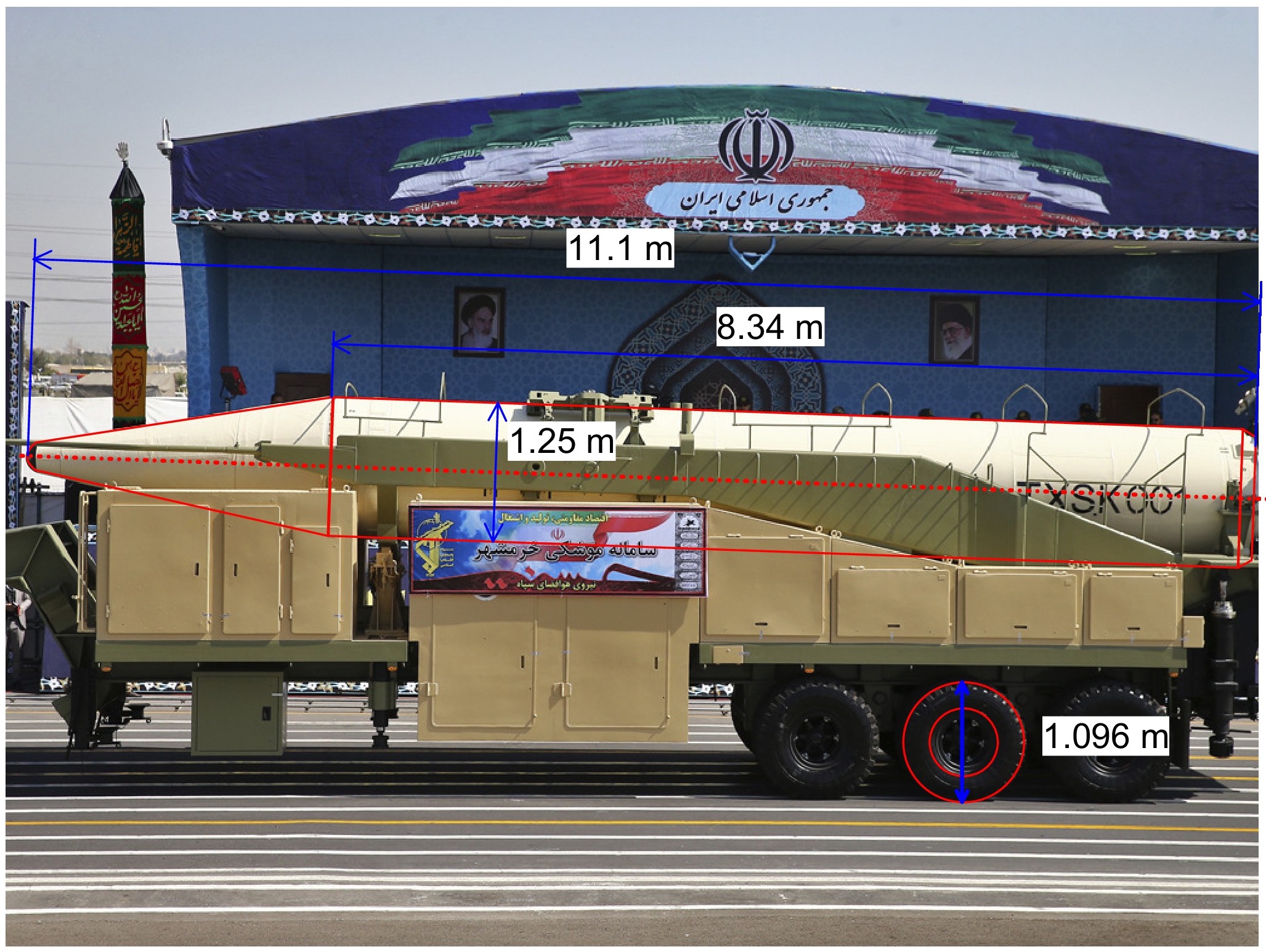 Figure 4: The Khorramshahr and its estimated dimensions.

The relative heights of the front tire and the cab are consistent with a 1.096 m diameter, as is the vehicle wheelbase. The perspective in the image results in the tires further aft on the vehicle appearing a bit smaller than at the front, but extending lines that connect their tops and bottoms towards the rear shows that the trailer uses the same tire diameter. Furthermore, the lines show how tall a height of 1.096m appears directly underneath the missile. By comparing the size of the visible diameter of the missile to this, we can estimate the missile’s diameter to be 1.25m.

A similar photograph of the entire missile allows an estimate of its length: 11.1 m overall and 8.34 m for just the booster (excluding parts of the nozzles that may protrude from the base). 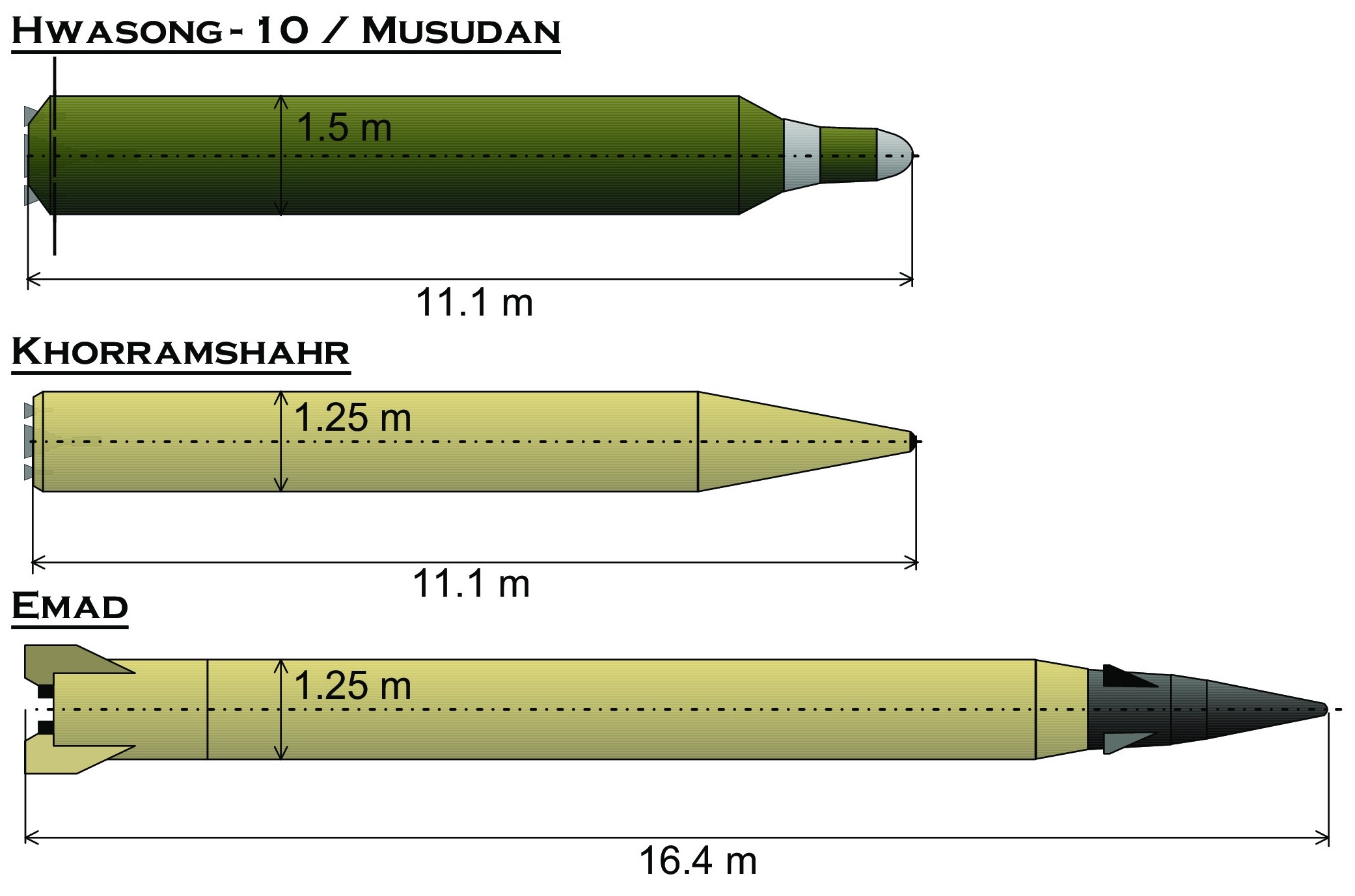 Figure 5: The approximate sizes of the Hwasong-10, Khorramshahr and Emad missiles compared.

The relative sizes of the missiles are illustrated in Figure 5. The Khorramshahr’s overall length happens to be the same as that of the Hwasong 10, but its 1.25m diameter is significantly smaller than the 1.5m of the R-27 and the Hwasong-10. This leaves the notion that it is an Iranian derivative of the Hwasong-10 dead in the water. The missile is considerably narrower and lighter and the Hwasong-10 engine arrangement simply does not fit.

This raises an obvious question. If it is not an Iranian version of the Hwasong-10, then what is the Khorramshahr and what can it do? Statements in the Iranian press are confusing, but according to the Tehran Times (the Islamic regime’s English-language newspaper), the commander of the (rather fancifully named) Islamic Revolutionary Guards Corps Aerospace Force, Brig. Gen. Amir Ali Hajizadeh, claimed it boasts a 2,000km range and can carry warheads of up to 1,800kg, although presumably not both at the same time. He also stated that it is smaller and “more tactical” than other ballistic missiles developed by the Defense Ministry. Such claims should be treated with scepticism, of course, but computer simulations can be used to check whether this performance is realistic. The launch video allows an estimate of the missile acceleration. A series of frames is shown in Figure 6. Fitting a second-order polynomial to the position as a function of time gives an initial acceleration of approximately 6 m/s2. 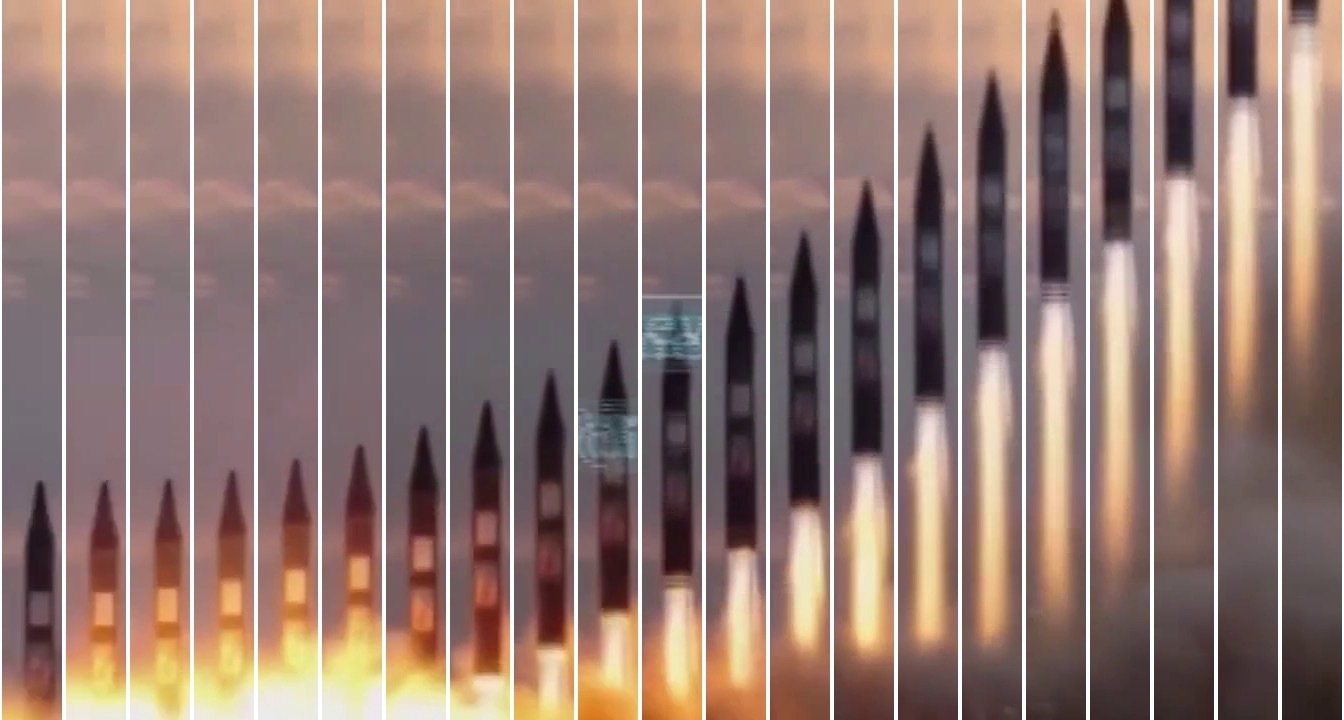 Figure 6: Missile position as a function of time, shown at a rate of six per second. Original footage: PressTV.

The estimated size of the missile and the properties of the propellant allow us to make an estimate of the propellant mass. For the number used in the simulations it is assumed that, apart from an engine bay of about 2m in length, most of the booster is filled with propellant. It makes sense for the missile to use UDMH as its fuel and IFRNA as the oxidizer, rather than N2O4. Although this results in a somewhat lower specific impulse, IFRNA is a more suitable choice for mobile use, since desert temperatures are likely to exceed the limited temperature range in which N2O4 remains a liquid. Iran also has ample experience in working with IFRNA for its existing arsenal.

A remaining variable is the so-called dead-weight mass fraction: the mass of the booster at burnout, as a percentage of the booster mass at take-off. The chosen value of 12 percent signifies a fairly light construction, but it is close to the value for the Emad. The thrust-to-weight ratio that corresponds to the acceleration gives the engine thrust and burn time. The resulting thrust is a further indication of the difference with the Hwasong 10: 173 kN is significantly less than the (roughly) 270 KN of the Hwasong 10. The full parameter set is listed in Table 1. 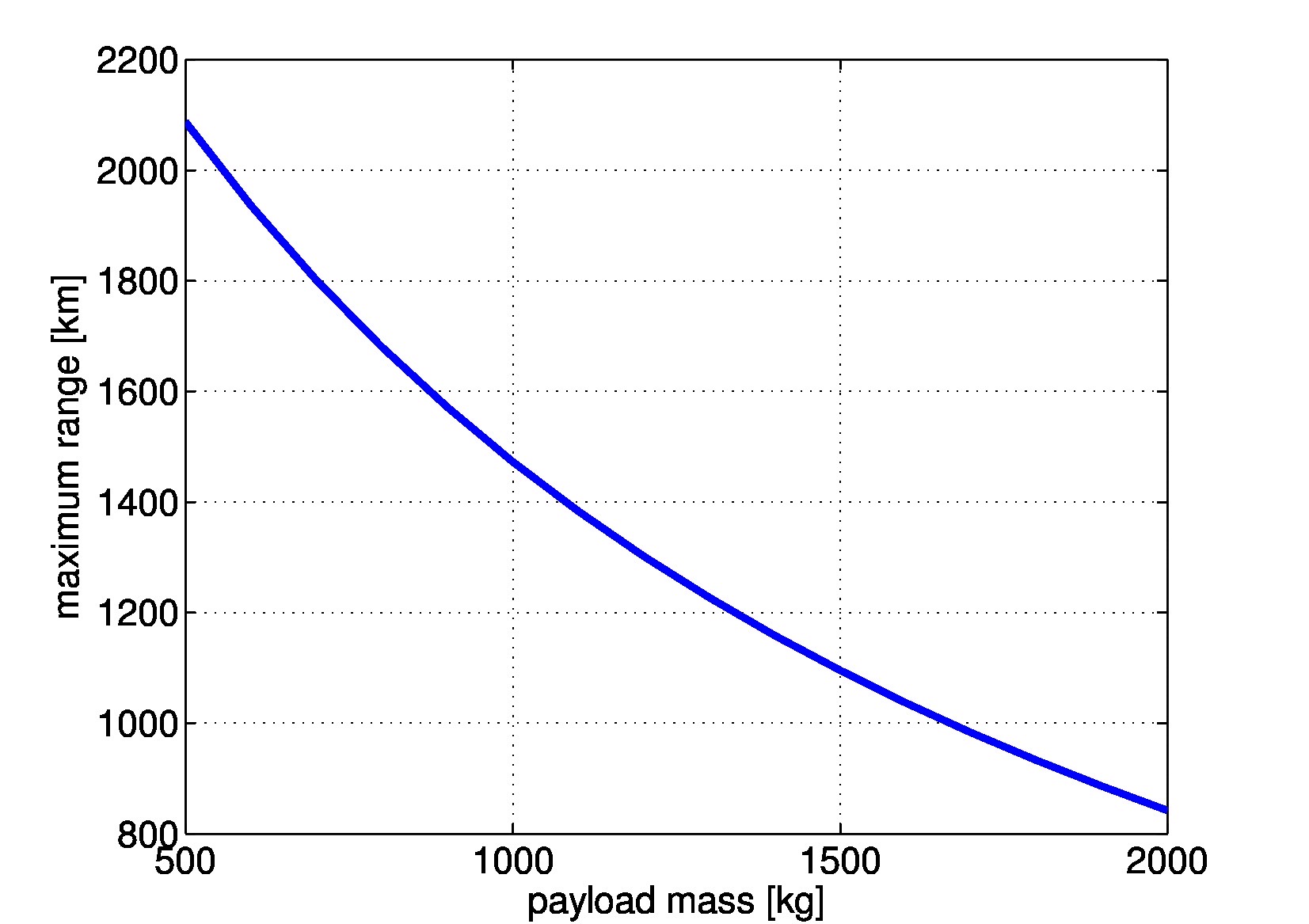 Figure 7: Simulated range as a function of payload for the Khorramshahr missile.

Using computer simulations, maximum-range trajectories were calculated, as a function of the payload mass. The results are shown in Figure 7. The claimed 2,000km range is possible with a 550kg payload (including the heatshield). With a 1,800 kg payload, the range drops to about 900 km. Obviously, a larger dead-weight mass fraction than 12 percent (associated with a heavier structure or more unused propellant) would also be possible, but only at the expense of the payload at a given range. That would shift the graph left by however much the dead-weight mass is increased.

Since launching the Hwasong 10, North Korea has moved to launching the longer-ranged Hwasong 12 and 14 and is intent on convincing the United States that these pose a direct threat to Guam and even the continental United States (CONUS). With the Khorramshahr, Iran seems to have gone in a rather different direction. It is not a significantly longer-ranged missile than already in their inventory and there is no evidence that it is related to the Hwasong 10. Iran has previously demonstrated the use of vernier engines on the first stage of its Simorgh satellite launch vehicle, so this development is not wholly unexpected. The new fuel does represent a significant step forward. The Khorramshahr is about two-thirds the size of the Shahab-3 variants, but theoretically it can deliver a similar payload over similar distances.

For a mobile missile this smaller size is a big advantage: it is easier to conceal before launch, easier to transport and easier to erect once it has arrived at the intended launch site. This pretty much matches what Gen. Hajizadeh claimed. As such, it is mainly a potential threat to Saudi Arabia and Israel, as well as regional US bases.

Ralph Savelsberg is an associate professor for missile defence at the Netherlands Defence Academy in Den Helder. The author would like to thank James Kiessling for his valuable comments and insights.