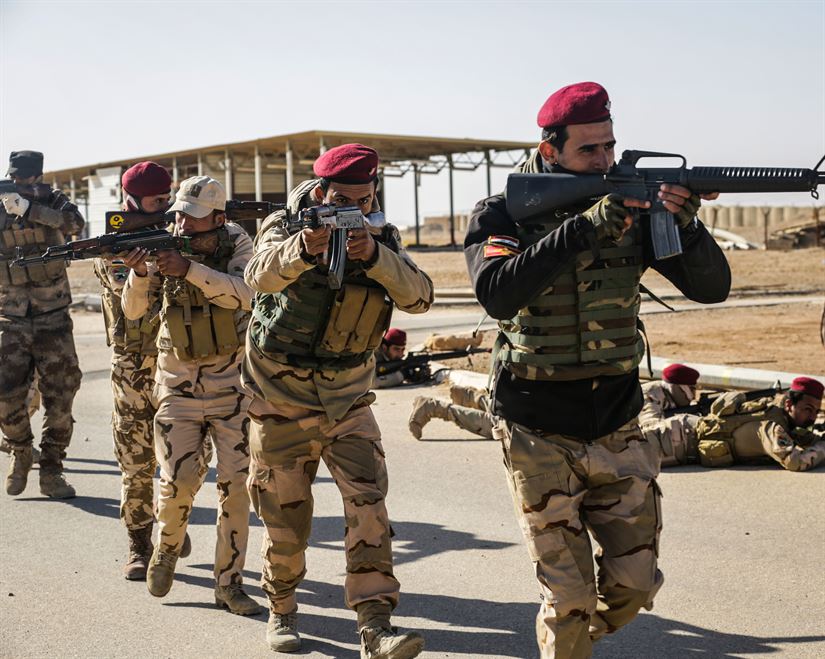 ARMY WAR COLLEGE: The brutal ground war in Iraq holds vital lessons for sophisticated future operations in the Pacific, Australian Maj. Gen. Roger Noble said today. Military pundits often draw a sharp distinction between what they consider low-tech warfare against irregular forces, as in Iraq, Afghanistan, and Syria, and high-tech war against states like China and Russia. But when Noble went from a tour in Iraq last year to the Hawaii headquarters of US Army Pacific, he said, the cutting-edge concepts of Multi-Domain Battle that USARPAC is experimenting with forcefully reminded him of coalition operations against Daesh, the self-proclaimed Islamic State. 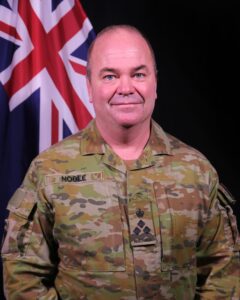 “Last year, we saw the future,” Noble told the Army War College here. “We came back and read Multi-Domain Battle (and thought) ‘we saw version 1.0 in Iraq.'”

Multi-Domain Battle calls on the services to break out of their traditional comfort zones and extend their reach into each other’s domains so they can support each other and attack the enemy from multiple angles at once. That requires the military to develop not only new weapons — from cyber tools like Stuxnet to shore-based anti-ship missiles — but new systems of command, control, and communication to bring the disparate efforts together.

That’s already happening in Iraq, Noble argued. As Iraqi ground forces grind down the Islamic State, they receive not only explosively visible assistance from US airstrikes and artillery, but also invisible support from many nations. While the Australian general was naturally cagey about details, between his remarks and our informed speculation, we can say that support probably included satellite and signals intelligence, electronic jamming, computer hacking and targeted propaganda.

“Capabilities are now globally sourced, so global capabilities were employed tactically inside Iraq… from all of the domains,” Noble said. “A battalion of the Iraqi army may be supported by coalition national strategic assets — and that battalion may be completely oblivious to that.”

“I can’t go into any detail, but in one battalion attack, you had EW (electronic warfare), IO (information operations), cyber, leaflets!” Noble told me after his public remarks. “Plus all the normal stuff, kinetic fires (e.g. airstrikes). We were able to put it together in a package that had such an influence on them that they responded by leaving…. The enemy withdrew.”

“I’ve never seen” so many complex, high-echelon assets — “pretty much every capability that there is” — helping out at such a low tactical level, Noble said. “Some of those were coalition capabilities, and some of them were not military capabilities, so the challenge becomes, how do you synchronize all that together? And there’s no doctrine for that.” (The smart people building Multi-Domain Battle are working on this, but it’s still a nascent concept — not yet fully elaborated Army doctrine). 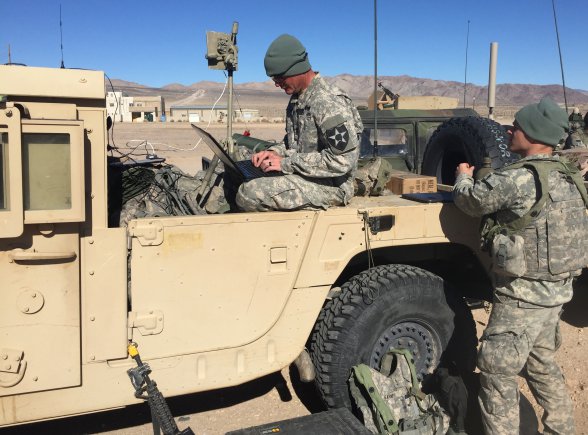 Army tactical cyber team at the National Training Center, Fort Irwin, California. The US military is just beginning to figure out how to apply these high-tech tools at the lowest tactical levels.

Too Secret To Use?

“One of the issues is operational security and intelligence,” Noble said. “There are a lot of capabilities that you just can’t talk about. One of the questions we’ve got to ask ourselves is how do we talk about them a bit more (to coalition partners), at the same time protecting them.” Even in his current job, as an Australian soldier — a member of the “Five Eyes” intelligence-sharing alliance with the US — serving as a deputy commander in US Army Pacific, he occasionally wrangles with whatever poor lieutenant has been tapped as Foreign Disclosure Officer over what documents he’s allowed to read, Noble said to rueful laughter from the War College audience.

Such bureaucratic obstacles seem comic only until they’re tragic. One member of the coalition may have a powerful capability that could save lives, but secrecy could prevent it ever being used: “You can’t use something if you don’t know it’s there,” he said. 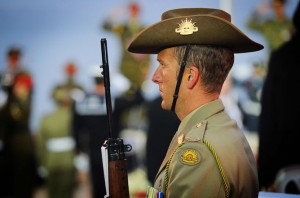 Much of the discussion about future information-sharing revolves around computer networks that can tag each item of data and each user to know who from what country has access to what secrets. In Iraq today, Noble said, the solution is people. You try to put together the right staff officers and keep them in the loop so that, even if you don’t know a capability exists, someone who does know will hear about your problem.

Sometimes they’ll speak up and offer their help. But secrecy can be so strong, Noble said, “sometimes they don’t even tell you, but they do it, and then they tell you afterwards — or they don’t tell you ever.”

So the Iraqi battalion on the ground isn’t the only one that can be “oblivious” to all the capabilities being employed behind the scenes on its behalf. Coalition commanders might not know, either. Getting some kind of concerted effort out of all the independent and often rival parties around Mosul, in particular, was an exercise in “herding cats,” Noble told the War College audience. And it wasn’t just the Kurds vs. Arabs and Shia vs. Sunni that risked running afoul of one another, he said: “How do you get the cyber organizations of 19 countries not to commit fratricide?”

In many cases, “we had no authority or even situational awareness” about what various actors were up to, Noble said. “(You) need a unifying and systematic approach… to allow those cats to support you and to self-synchronize with the plan if you have no authorities over them.”

That’s a problem no amount of computer programming or clever networking will solve: It takes a human touch. If Multi-Domain Battle is to be more than a US-only show, it has to build on the hard-won coalition-building skills US officers learned in Afghanistan and Iraq.