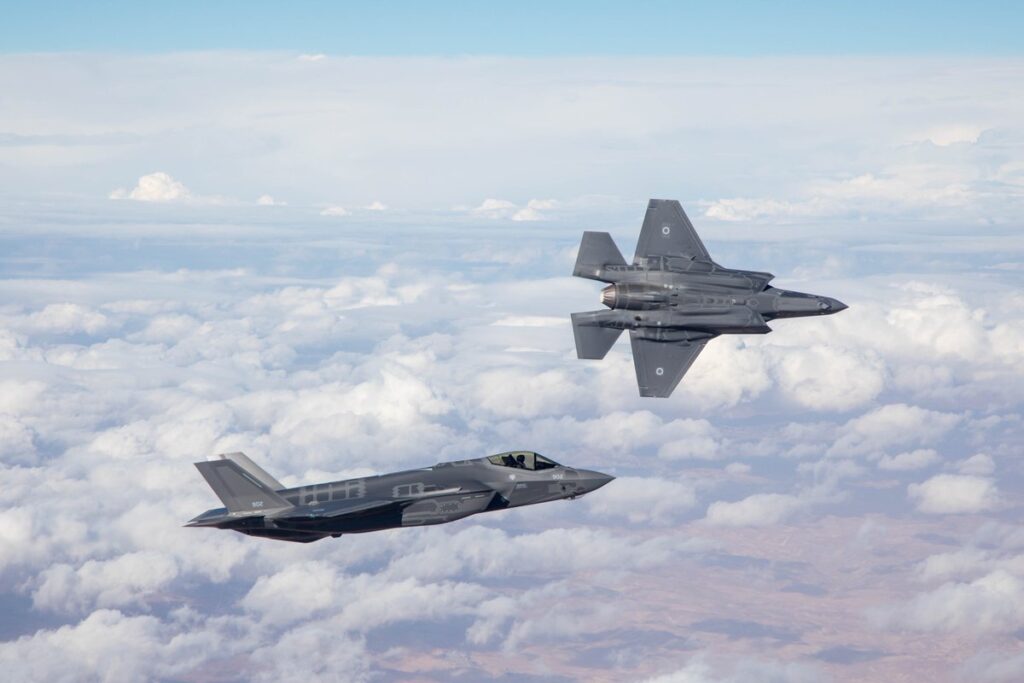 TEL AVIV and WASHINGTON: Reports are emerging of Israeli strikes inside Iraq targeting Iranian ballistic missile shipments. If true, the reported F-35Is missions targeting two Iranian bases would represent a sharp escalation of Israeli attacks on Iranian forces operating in the region, and mark the first Israeli strikes in the country since the bold 1981 bombing run that took out Saddam Hussein’s nascent nuclear program.

Yadlin believes that the reports of Israeli involvement are most likely true. “Apparently, Israel is really operating in Iraq,” he said. “It is sensible that Israel will not claim responsibility for such an attack as it may complicate things for the US. Without referring to the specific attack I can say that the F-35 is the ideal aircraft for such an attack.”

A second incident, according to Al-Awsat, involved an Israeli strike on Camp Ashraf, the former headquarters of the Iranian opposition group People’s Mujahedin of Iran just north of Baghdad. That strike supposedly was aimed at a group of Iranian advisers and another ballistic missile shipment.

The alleged strikes come after Israeli sources warned earlier this month that Iran was building a logistical storage base in Iraq for missiles to be deployed to Syria or Lebanon for attacks on Israel. While the camps north of Baghdad are some distance from the Syrian border, the mostly empty desert expanses of the area between Baghdad and Syria have long been exploited by smugglers.

Israel has kept silent about the attacks, but they would fit within the Israeli policy of doing everything needed to prevent Iran from using its allies and proxies to place rockets and missiles close to Israel. In 2018, Israel admitted that it had launched more than 200 strikes in Syria, including strikes by the F-35I.

Those strikes were fully supported in Washington, where US policymakers have long warned Iran about threatening Israel’s security through arms shipments to Syria and Lebanon, and the training and equipping of Hezbollah and other Syrian forces.

On a call with reporters today, Sen. Lindsey Graham said he is working to build bipartisan support for a new security agreement between the US and Israel that “would be narrowly tailored to existential threats,” similar to NATO’s Article 5. Graham said he has mentioned the effort to President Donald Trump, but didn’t indicate whether Trump was receptive to the idea.

Graham said that he has been frustrated that there is no explicit security agreement between the US and Israel, and he would expect broad bipartisan support for any such move. A new pact would be “a logical extension of our relationship,” and would spell out “when it comes to [facing] an existential threat, Israel can rely on the US, and vice versa.” Spearheading such an agreement “could be one of the most important things I ever do,” Graham said, adding that he envisions any agreement as being a very narrowly focused agreement that would be triggered only when national survival is at stake.

A recent paper by the Tel Aviv-based Institute for National Security Studies, authored by senior researchers Eldad Shavit and Sima Shine, notes the relationship between Baghdad and Washington has eroded since the new Iraqi government took power in October 2018. The Shiite-led government relies on the support of stridently pro-Iranian Shiite factions, which flatly reject being part of the Trump Administration’s sanctions regime against Tehran.

Despite that, the Trump Administration remains eager to put an end to Iraq’s energy purchases from Iran, even though Baghdad remains heavily reliant on gas and electricity imports from its neighbor. But the results of US pressure have been mixed. Iraq has already been granted a brief exemption from US sanctions for importing gas from Iran, and another on electricity imports. In contrast with his decision to remove the US forces from Syria and Afghanistan, Trump has not said he wants to pull any of the 5,200 US troops from Iraq.

Iran sees the continued US military presence in Iraq as a direct threat to its interests, and has conveyed a clear deterrent message to Baghdad regarding the consequences of a military confrontation. “Iraq gets a lot of financial and other help from Iran,” Shavit said. “And therefore it is limited in acting against Tehran. The Iranians see Iraq as their strategic depth” against the US.