Is The Arctic The Next South China Sea? Not Likely

WASHINGTON: Oil, gas, and minerals on the seabed. Disputed territorial claims. An increasingly aggressive China. Are we talking about the South China Sea or the Arctic Ocean?

“As I look at what is playing out in the Arctic, it looks eerily familiar to what we’re seeing in the East and South China Sea,” Adm. Paul Zukunft said Tuesday. Not only is Russia ramping up its longstanding, well-armed presence, the Coast Guard Commandant continued, but China is sending its new Arctic survey ship, the Snow Dragon. If the US doesn’t fund the Coast Guard’s new icebreakers, he said, “what you really have is nothing more than a paper dragon to counter a Snow Dragon.” 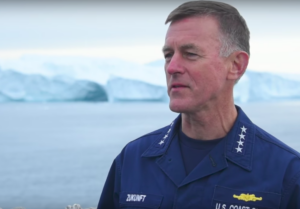 But wait a minute. Even if climate change melts new trade routes through the Arctic ice, as scientists predict, will it become as important and contested as the South China Sea, where China has built and fortified artificial islands to enforce centuries-old claims? Probably not, agreed every expert we consulted for this article.

The Arctic will remain inhospitable, hard to exploit, and far removed from the world’s great hubs of economic activity – which are increasingly shifting to Asia, where the South China Sea happens to be. What conflicts arise up north can probably be settled by peaceful means, because the poles are literally the only places on Earth with no history of warfare over territorial claims. In fact, while the Russians and Chinese are increasingly asserting themselves, so far they’ve been strikingly well-behaved.

“Today, there are some competing claims, but…it’s an orderly process and no one is building islands, drilling in someone else’s potential EEZ (Exclusive Economic Zone), or harassing each other’s vessels,” said Bryan Clark, a retired Navy strategist now with the Center for Strategic & Budgetary Assessments. “Unlike the South China Sea, the Arctic will not be a transit area for 30-40 percent of world trade; will not be adjacent to the homes of more than one billion people; and not subject to multiple overlapping and unresolvable claims.” 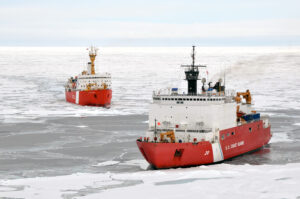 A Canadian Coast Guard vessel rendezvous with US Coast Guard icebreaker Healy (foreground) in the Arctic.

“The parties up there are abiding quite nicely with international law by and large,” added a Washington analyst who works on Arctic issues. “To date, the Russians have been good, meticulously good, about living up to UNCLOS (the UN Convention on the Law of the Sea) on things like the continental shelf claims process.”

“They have very poor behavior in parts of Europe (and) in cyberspace…but the Russians in fact adhere to the letter and spirit of the law of the sea in the Arctic,” agreed retired Rear Adm. David Titley, who led the Navy’s efforts on oceanography and climate change. “There are some similarities to the South China Sea in the sense that multiple countries will use that water, and the Arctic will be seen in the not too distant future as a very strategic waterway. I would be really cautious in taking the analogy too much further than that.” 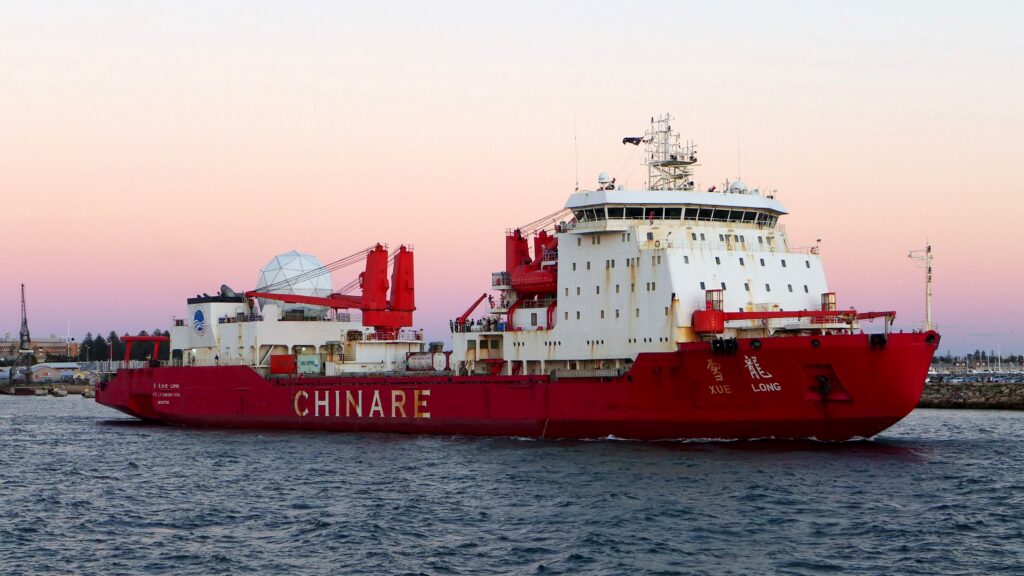 “There are security issues kind of under the surface, under the radar,” Titley told me. So it’s possible the Arctic could blow up unexpectedly some day, just as the South China Sea has. But both China and Russia have shown restraint so far. 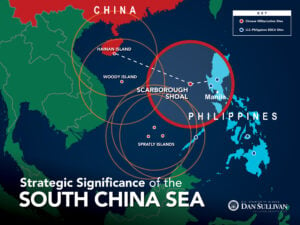 Yes, China’s increasing interest in a region so far from its shores is a sign of Beijing’s growing global ambition. Besides sending the Sea Dragon, China has gotten observer status on the Arctic Council and courted the member nations. In fact, Titley said, “China has been actively courting the native Greenlanders.” Presumably, he said, Beijing is playing a very long game in which the underpopulated island secedes from Denmark and becomes the “Kuwait of the north,” located astride key trade routes and oil fields but dependent on foreign money and workers to exploit them.

Greenland notwithstanding, though, China has no territorial claims in the Arctic. That’s a stark contrast to the Western Pacific. There prickly national pride is at stake in centuries-old claims to what China considers sovereign territory. The US and allied naval presence there brings up painful memories of the “century of humiliation” at the hands of Western and Japanese imperialists. It also comes uncomfortably close to major bases on Hainan. The Arctic will never matter as much to China. 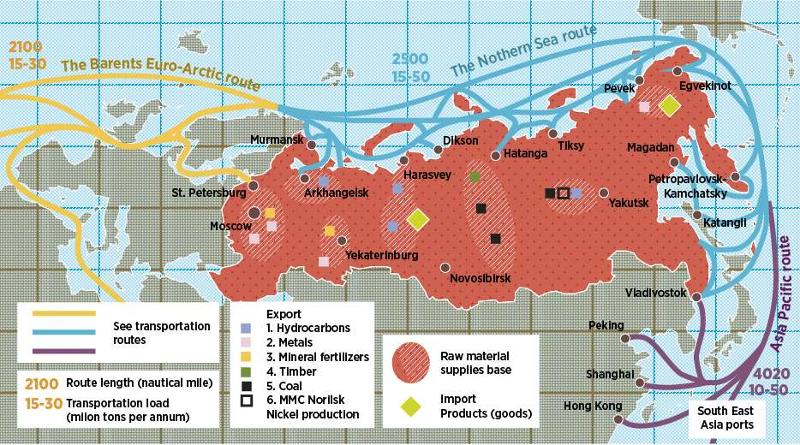 In contrast to China, Russia has a long history in the Arctic, a major military presence and disputed territorial claims. In recent years, Russia has rebuilt military bases and a fleet of icebreakers along its long northern coast. That said, comparing Russia’s 40 icebreakers to America’s two is “silly,” Titley said, since the US has nowhere near as much Arctic coastline to keep clear; it’s like Tampa complaining that Toronto has more snow plows.

The so-called Northern Sea Route runs through this region, and Russian claims part of it as internal waterways, which Europe and the US quietly dispute. In recent years, however, trade along this route has stagnated, lowering the stakes. A 1920 treaty also allows a major Russian research station on Norway’s strategically located but polar-bear-infested island of Svalbard. 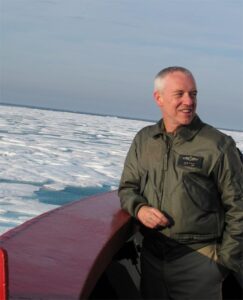 Further afield, Moscow is pressing a claim to the seabed all the way to the North Pole. Denmark, which owns Greenland, has also claimed the polar seabed, and Canada may as well. (The US has done surveys but can’t submit a claim because it hasn’t ratified UNCLOS). Unlike the overlapping claims in the South China Sea, however, the Arctic claims don’t concern who can sail, fish, or conduct military operations in the water. Instead, they only cover mineral rights to the sea floor and below. That’s sensitive, since everything from oil to natural gas to manganese nodules is down there, but at least it doesn’t affect freedom of navigation for ships, submarines, and planes.

The seafloor claims are also based on arcana of the “extended continental shelf” – much of the Arctic Ocean is shallow – as defined under the UN Convention on the Law of the Sea (UNCLOS). The competitors are making their case with survey vessels, not warships. The final ruling will come from UN scientists based in New York, though Russia might disregard them, as China has their counterparts in the Hague.

That said, Russia has less incentive to flip the table in the Arctic than China has in the Pacific. In contrast to the South China Sea, where it’s hard to drill for oil without hitting disputed waters, the majority of Arctic resources seem to lie in well-defined Exclusive Economic Zones.

“Virtually everything is in already claimed and recognized space,” said Titley, “apart from a small area actually between the Yukon territory and Alaska.” (The US and Canada are unlikely to go to war). “There’s really no debate on who owns which exclusive economic zone in the Arctic.”

The problem accessing Arctic oil, gas, and minerals isn’t legal. It’s practical: Even when the ice melts, the region remains one of the harshest environments on Earth. 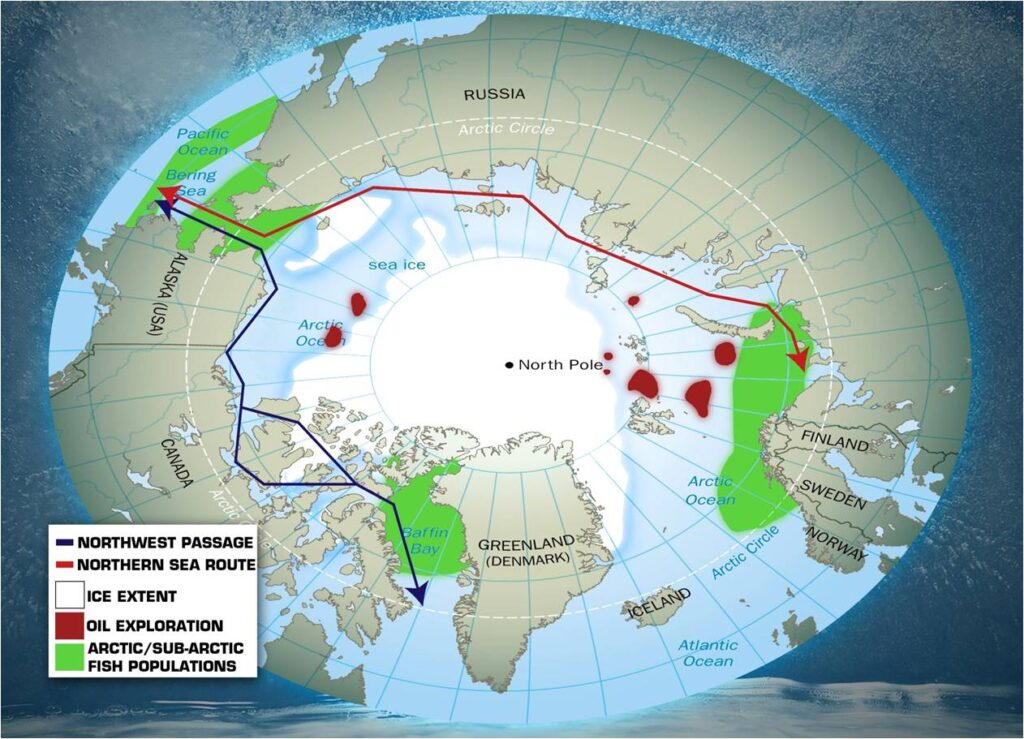 Too Hard To Reach?

“There is a lot of hype over the resource competition and there’s a lot of hot air over the shipping issue,” the Arctic analyst said. “The resources are up there. A lot of them tend to be inside people’s territorial waters rather than being out in the central basin (the disputed area), and they are hard to access. And the drop in oil prices has really taken the wind out of a lot of this. You really can’t recover oil up there for less than $80 a barrel. (It’s about $50 today). Shell tried to do something up there and essentially threw in the towel.”

Conditions will get easier as the climate changes, albeit never as easy as the South Pacific. The Arctic Ocean will be ice-free in summer sometime in the 2030s, Titley has written. Just this month, a Russian LNG tanker is bringing Norwegian liquid natural gas to Asia via the Arctic Ocean, without icebreakers escorting it. Over time such trips may change from one-off to routine, he said, but the ice cap will still come back in the winter months.

“Even as the Arctic becomes more accessible, it will not carry the amount of trade the South China Sea does for several decades, if ever,” Clark said. “High winds, rough seas, shallow water, and 9-10 months of ice coverage will not make it an attractive route for large shipping vessels.”

Commercial shipping companies are a conservative lot, said Titley, and it’ll be the 2030s before the Arctic opens enough for them to think it’s safe even some of the time. But countries like China, India, and Singapore – all observers on the Arctic Council – are already thinking ahead. So should the US.

“The Arctic is going to open up, and it is going to open up within our acquisitions timelines,” given the decades it takes to develop a new ship or submarine, Titley said. “If I’m in the requirements community or the acquisition community I need to be thinking 10, 20, 30 years ahead.” That goes beyond building icebreakers to designing all sorts of ships to endure Arctic conditions, from near-freezing water entering valves to ice chunks clogging propellers.

Making those complex engineering calculations is less sexy than preparing for an Arctic apocalypse. But it’s something we can and should start doing now.