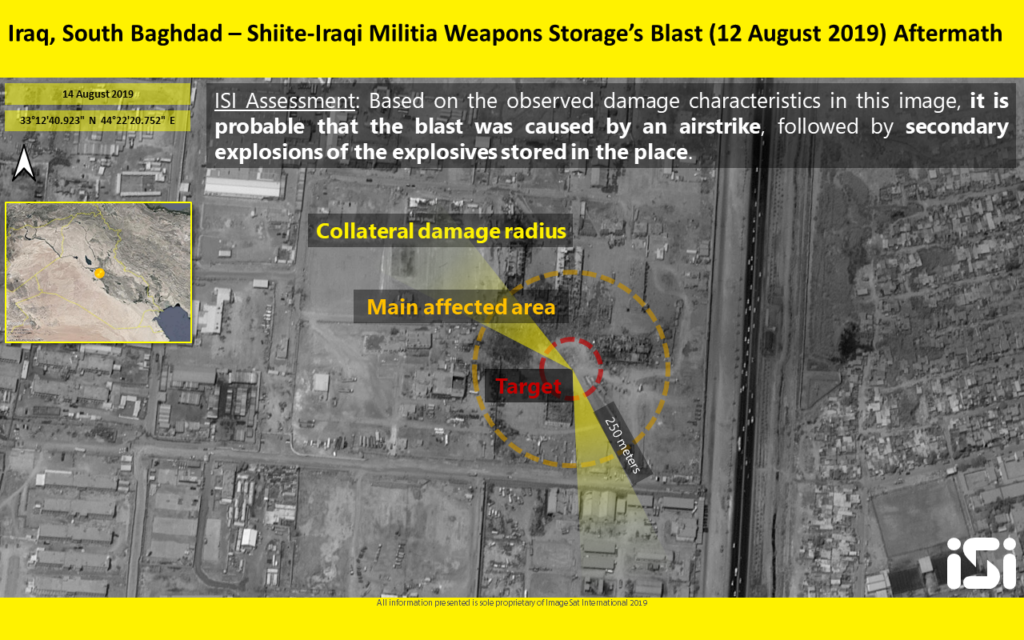 TEL AVIV: Israel’s Foreign Minister has met with at least one senior official in Abu Dhabi and agreed to provide intelligence and other assistance to the new US-led coalition designed to provide security against Iran in the Persian Gulf.

Foreign Minister Israel Katz told the Knesset’s Foreign Affairs and Defense Committee about the agreement and told lawmakers that Israel participates in intelligence and other areas where it can offer capabilities and advantages.

Making such a meeting and agreement public — especially with a declaration about military cooperation with Gulf Coordination Council countries– is surprising from a senior member of the Israel cabinet.

Emily Landau, a senior researcher in the Israeli Institute for National Security Studies (INSS) told Breaking Defense that the foreign minister’s declaration was a mistake. “It puts Israel in the middle of the confrontation in the Gulf,” she said. Israel has made the same mistake in the past, when it made the Iranian nuclear issue  an Israeli problem instead of an international one.

The foreign minister’s declaration is especially stark since no other Israeli official has commented on the Issue.

It’s unclear at this point if Israel will actually provide ships to the coalition or its help will be limited to providing support, such as intelligence.

The Israel Navy’s submarines — armed with “special weapons” — are regularly stationed in the Persian Gulf, to give Israel a second strike capability, according to foreign sources.

He said that he cannot refer to the current situation in the Gulf but added that, “the Israeli navy in all its sections has very high operational capabilities to operate far away from Israel, if needed.”

The Iranians reacted with fury and threatened that any Israeli intervention in the Gulf ‘will bring war,” an official spokesman said. The week before Iran tried to head off such an agreement. Newsweek reported then that, “Iranian Defense Minister Amir Hatami held rare telephone talks Thursday with his counterparts Sheikh Nasser Sabah Al Sabah of Kuwait, Badr bin Saud al-Busaidi of Oman and Khalid bin Mohammad al-Attiyah of Qatar in an effort to turn the nearby Sunni Muslim monarchies against U.S. efforts to expand the presence of foreign powers near the Strait of Hormuz amid heated tensions and instances of unrest.”

There are indications Israel is willing to widen its warm war with Iran. A mysterious Aug. 12 attack on a target in Iraq was allegedly performed by Israel. An Iraqi military source said unidentified aircraft targeted warehouses of equipment and missiles belonging to the Popular Mobilization Forces militia at the Al-Saqr military base south of Baghdad. The shelling completely destroyed the stores. Dozens of injuries were reported from the Quds Force and members of the Hezbollah militia at the base.

A report by ImageSat International (ISI), an Israeli company that operates spy satellites, says that it is likely that this was an aerial attack that caused a great deal of damage to the target.

The weapon systems used resulted in secondary explosions of ammunition stored on site and also significant secondary damage to buildings within a radius of more than 250 meters, ISI says.

Reports after the attack pointed to the fact that one person was killed and 29 others were injured after explosions were reported at a base of Iranian-backed Shia militias south of Baghdad, Iraq.

Shortly after, shells fell in the Green Zone of Baghdad where the American Embassy in Iraq is located, according to Sky News Arabia.

The Iraqi Ministry of Health earlier said 13 people were injured in the explosion, according to the Iranian news agency IRNA .

Israel has declared that it will not allow Iran to transfer advanced missiles to Hezbollah in Lebanon. In recent years the Israeli air force has attacked hundreds of targets in Syria and Lebanon connected to Iran.

So with the new Persian Gulf front between Israel and Iran, all sensors are tuned to detect hostilities. Will Israel take part? And if it does, what form will this intervention have?