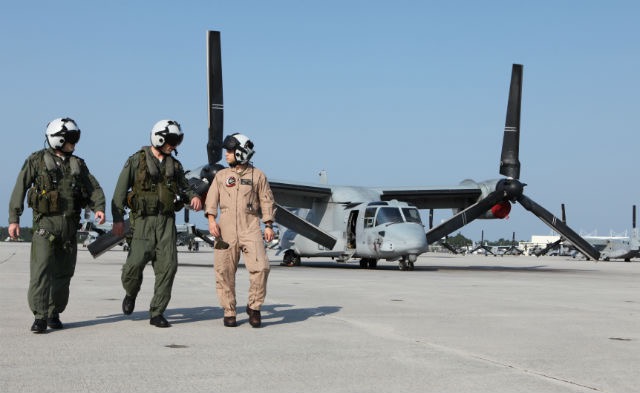 Reports that Israel’s plan to buy a dozen V-22 Osprey tiltrotor troop transports is dead are — as Mark Twain said after reading his own incorrect obituary — greatly exaggerated. A U.S. Letter of Agreement offering a bargain price and early delivery of the first six of 12 Ospreys requested by Israel formally expired on Wednesday amid political turmoil in Tel Aviv and new elections scheduled for March 17. But a source close to the program said the Israeli Ministry of Defense sent a letter to the U.S. government this week asking that the U.S. offer be put on ice — not withdrawn — until a new Israeli government takes power in 2015.

“The requirement for the V-22 is strong from the point of view of the air force and the army and the special agencies,” this source said. “They all think it’s something the Israeli air force should have and provide services to all the customers with.” Built to carry 24 troops, the Osprey tilts two large wingtip rotors upward to take off and land like a helicopter and swivels them forward to fly like a turboprop airplane, giving it roughly twice the speed and five times the unrefueled range of conventional military helicopters. 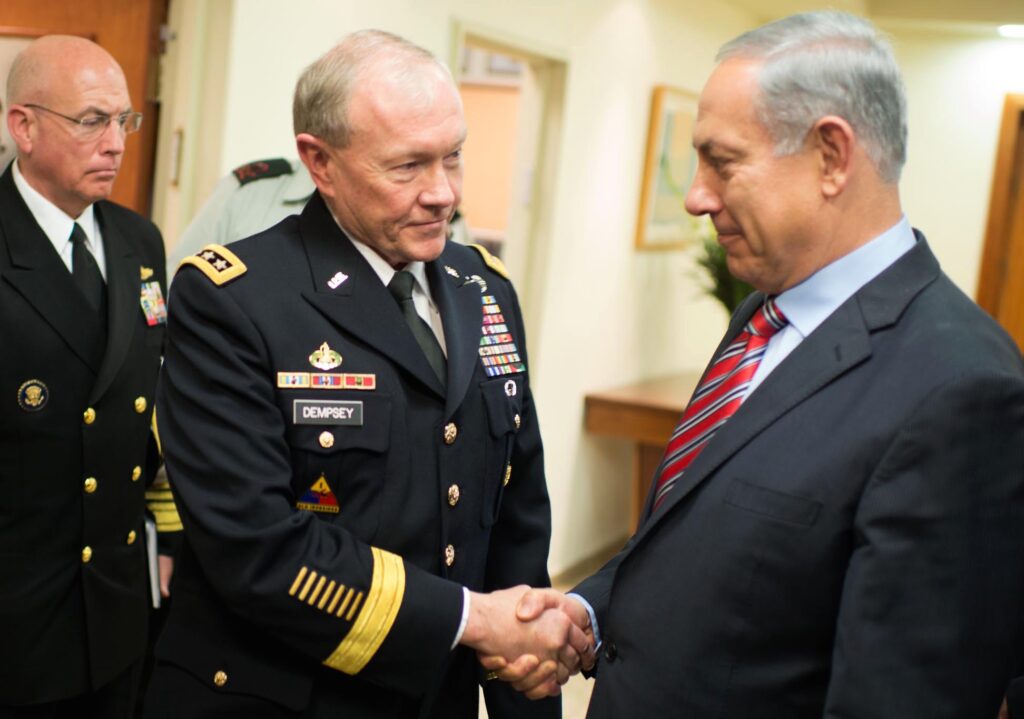 Current Defense Minister Moshe Ya’alon had approved the plan to buy Ospreys as recently as three months ago, but defense budget pressures created by the most recent Gaza war, Israel’s plan to buy F-35 Joint Strike Fighters, and the unrelated political turmoil all led Ya’alon to decide against getting final approval for the deal from the Israeli cabinet.

New elections are scheduled for March 17, after which a new cabinet will be formed.

The confidential agreement was negotiated over two years between the Israeli MoD and the U.S. Navy International Programs Office, which would administer the sale because the Naval Air Systems Command runs the V-22 program. Israel would buy its Ospreys with U.S. Foreign Military Financing aid. The LOA offered Israel the opportunity to reach into the production line and take six Ospreys meant for the Marine Corps by the end of 2016. The LOA  also offered Israel a price far lower than the cost estimated in a Jan. 13 notice to Congress sent by the Defense Security Cooperation Agency.

The DSCA estimated a price of $1.13 billion for six Ospreys, 16 Rolls Royce AE1107C engines and a long list of other equipment, services, training and support — as is customary with an FMS sale. The LOA  – closely supervised by departing Defense Secretary Chuck Hagel and senior Navy officials was delivered to the Israeli Ministry of Defense in New York two weeks ago. It offered Israel the same package for “around $800 million,” the source said.

The Israeli air force, army and “special agencies” are sold on their need for the Osprey and will push the next defense minister to get cabinet approval to buy the increasingly popular helicopter-airplane hybrid, the source said. There is “no doubt” that the V-22 “fits better today to the requirements of the threat from around us,” which has changed the Israeli military’s concept of operations, this source said. “You must have a kind of a long-range fast reaction capability like the V-22.”

Even before the political uproar that dissolved the Knesset, Defense Minister Moshe Ya’alon had declined to seek the required cabinet approval of the Letter of Agreement for Ospreys as part of a budget strategy adopted in the wake of the Gaza war. Ya’alon decided more money should go to ground equipment, and hto keep Israel’s planned purchase of F-35 fighter jets alive. Under that plan, the government decided to split a planned purchase of 31 F-35As into two batches, taking 14 with an option to buy another 17. Given the political situation in Israel, however, all such decisions are up in the air.

The V-22’s makers, partners Bell Helicopter Textron Inc. and Boeing Co., are set to announce Thursday that the U.S. Osprey fleet has logged a quarter of a million flight hours since the Marine Corps put the aircraft into service in Iraq in 2007. The Marines have received 242 of a planned 360 MV-22s and the Air Force has taken delivery of 44 of 52 CV-22s they plan to buy. The V-22 suffered three crashes that killed 30 people during its 25-year development. Since 2001, three Ospreys have crashed – two Air Force, one Marine Corps – at a cost of six lives.

The U.S. Air Force Special Operations Command has come to rely heavily on the Osprey to carry Navy SEALs and other special operations troops on raids against terrorist and insurgent targets, as in the failed attempt last weekend in Yemen to rescue American hostage Luke Somer from his Al Qaeda captors. The Osprey is favored for such operations because of its speed and range. An added benefit, according to AFSOC pilots, is that when flying in airplane mode the Osprey can approach a target at high speed with virtually no advance noise. Helicopters without special noise dampening devices can be heard coming from miles away because of their noisy rotors.

Japan recently published defense budget details confirming its plans to buy a tiltrotor, and Bell Helicopter’s chief executive officer, John Garrison, confirmed that the Japanese could buy as many as 17 Ospreys. The Osprey could become even more attractive to Israel and other potential foreign customers after a recent demonstration Bell and Boeing conducted in which a V-22 successfully forward-fired 2.75 inch rockets from a pod mounted on the left side of its fuselage and under the cockpit. The Osprey’s lack of  armament other than a machine gun that can be fired from the transport’s rear ramp has been a perennial source of criticism from the aircraft’s critics.