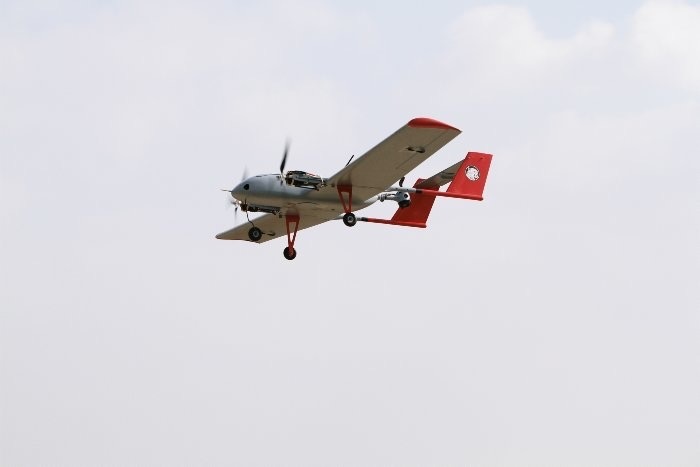 TEL AVIV: When visiting the increasingly tense border with Syria, one with trained eyes cannot miss the signs — the ground units of the Israeli Defense Forces (IDF) are building their own “air force.”

The Israeli army’s air force started as “private” initiatives of senior commanders on a “initial test” basis, but the clear benefits of tactical drones have driven the ground forces to deploy more and more aircraft and this has reached the status of a real revolution.

As one would expect, the Israeli Air Force (IAF) isn’t very happy with this, but the pilots and commanders have begun to accept it as a fact of life.

“In today’s combat, the low and middle levels of forces commanders need the intelligence information in a matter of seconds not minutes. The Air Force cannot supply this data to these command levels. The only problem I see is the need to coordinate the many aerial platforms that will fill the combat zone,” Brig. Gen. (Res.) Miki Bar, former head of the IAF’s helicopters group and former commander of the IAF’s Palmahim air base, said Feb. 20. The process is a natural one and no objection can stop it, he believes.

Since Israeli companies developed the first operational drone in the early 1980’s, the Air Force has handled all of them.

The only drone operated regularly by the IDF’s ground units at first was the Elbit SkyLark, used mainly by artillery units. Now the Sky Rider drone unit of the Israeli artillery corps is performing services for many other branches of the Israeli Defense Forces (IDF). “We are getting more systems and new advanced payloads,” the deputy commander of the unit told Breaking Defense.

The ground units’ operational requirements are for drones ranging from small tactical units, to multi-rotors that will be operated directly by field commanders and even for “personal helpers” for soldiers in special missions.

One of the first requirements that came from the ground units was for an unmanned platform to supply frontline units with ammunition and other supplies. In recent conflicts, especially in Lebanon, this mission became critical and the decision was made to give the ground units their own organic capability.

This demand will probably be met by a design that has earned the name “Flying Elephant,” designed by Israeli drone manufacture. The Flying Elephant, designed to carry 500kg,  consists of a motorized parafoil with servo systems.

Let’s look at the three broad categories the army is fielding. The first category is fixed-wing hand- or light-catapult takeoff drones designed to help forces in the maneuvering phase of battle. “It has the speed to get very fast to areas of interest and supply the needed real time intelligence,” a high ranking officer from the IDF’s ground forces command told Breaking Defense.

The second category are small multi-rotor aircraft that can be very useful in urban warfare “Such a silent system can help a fighting unit to locate hostiles in densely populated areas,” an IDF source said.

The third category is loitering UAVs equipped with warheads, but these will be operated by at division level, not by small units.

This operational need was identified by Israel Aerospace Industries (IAI) who developed the Green Dragon, a silent, all-electric Electro-Optically guided munition able to loiter for 90 minutes and carry a 3kg warhead 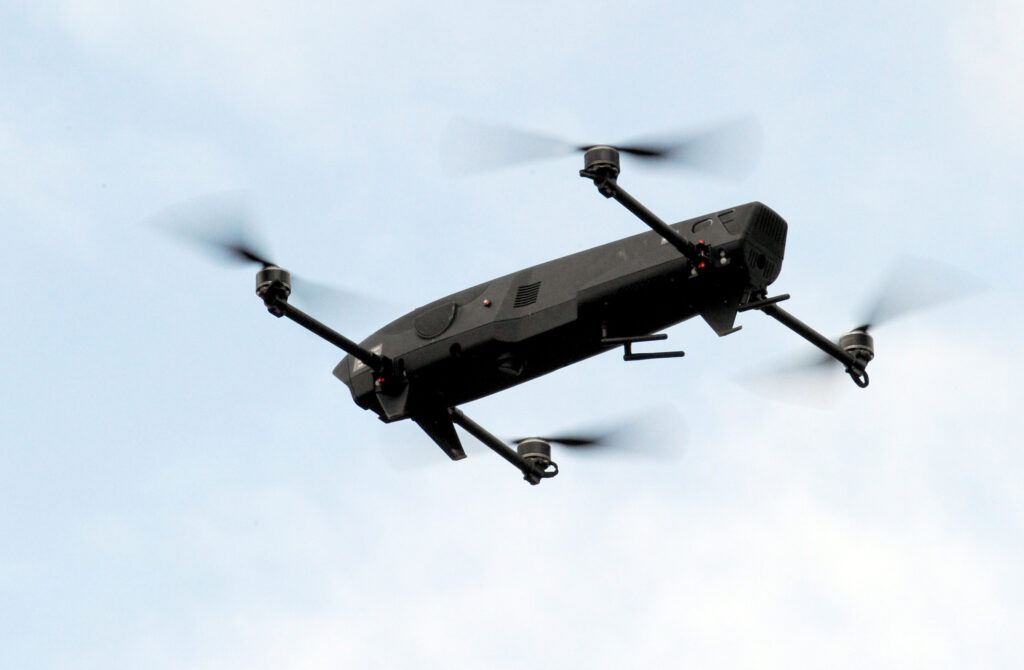 IAI has also developed the Rotem, a miniature quadcopter that carries a munition. It can be operated by a single soldier and has a 30-minute flight time. It is equipped with a thermal camera and with 450g fragmentation warhead. According to IAI it can be directed to fly through a window.

IAI is also developing the Panther and Mini Panther VTOL systems. “The ground forces have identified an urgent requirement for UAS that can precisely attack targets before the infantry gets to the fighting area,” a company source says.

Finally, there is another category, dubbed by some the “soldier’s personal helper.” One good example is the Rafael micro-tactical intelligence gathering hovering system, dubbed Maoz. It’s carried in a small canister stowed in the personal gear of an infantry soldier. After a mission it can be returned to the canister for further use.

According to Rafael, a soldier can carry a number of these hovering systems in his personal gear, together with a small control unit. Operation is simple and according to the Israeli company, the “Maoz” can hover for 15 minutes and can be operated after battery replacement for 50 hours without maintenance. It can hover up to a distance of 1 kilometer from its operator in an urban area and 5 kilometers in an open area. Hovering altitude is 100 meters in an open area and 50 in an urban one. Rafael plans to equip the micro system with a day CCD coupled camera and with a special night vision sensor.

Bottom line: the skies over the Israeli border zones will be filled with micro, mini and small UAS operated by the ground forces.

The Israeli Air Force will operate the bigger drones. Time will tell what coordination is needed between the two fleets.