“There is a growing number of experts that understand the mistake that was made,” a senior Israeli source told Breaking Defense. “(We’re) ready to restart development with the more advanced building blocks available today.” 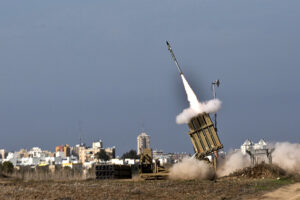 The Defense Ministry is putting together a plan to spend “several billion shekels” (at least $800,000) on a new laser system. The head of Israel’s space agency, Maj. Gen. (reserve) Yitzhak Ben-Israel, even said last week that Israel had achieved a breakthrough that would allow it to field a rocket-killing laser within a year.

On the industry side, Israeli Aerospace Industries and Rafael have been working hard in recent months to accelerate development of lasers that can shoot down incoming rockets and mortar shells. Rafael already has a “Drone Dome” it says can neutralize small UAVs with a lower-powered laser (see the video clip above), and the company says it is developing more laser-based defenses, although it wouldn’t give details. For its part, IAI says it has an advanced prototype laser to defeat relatively short-ranged threats that has succeeded in multiple experiments. Higher-power tests are likely in 2019.

Now, lasers are not a universal solution. Larger, faster, and higher-flying threats, such as cruise missiles and ballistic missiles, require more power than laser weapons can feasibly generate today, although the technology is advancing fast. Even after megawatt-class missile defense lasers enter service, weather and intervening terrain can disrupt the line-of-sight beam in ways that wouldn’t affect a physical, maneuvering missile. So missile defense experts generally see lasers and interceptors as complementary.

Where lasers shine is against large numbers of lower, slower, more fragile targets: small drones, mortar shells, and unguided artillery rockets — weapons that Hamas and Hezbollah have in their thousands and tens of thousands. Hezbollah’s arsenal is estimated at 150,000 rockets. 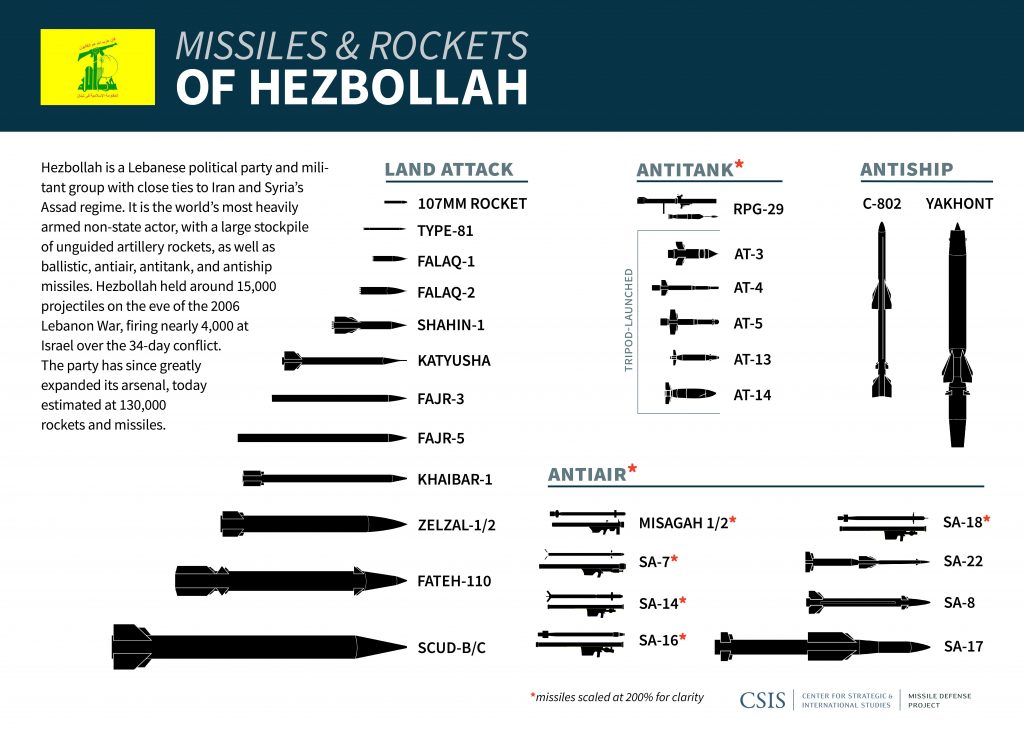 These unguided weapons are notoriously inaccurate, and Iron Dome does not engage rockets that it calculates will land in unpopulated areas. But each rocket that threatens Israeli troops and civilians still takes at least one interceptor to shoot down — and the interceptors, being guided weapons, are much more expensive than the rockets they intercept. If Hezbollah unleashed a large-scale barrage, while Israeli air and ground forces would seek to hunt down and wipe out as many launchers as possible before they fired, estimates say Iron Dome would still have to launch more than 30,000 interceptors. (The actual number of interceptors on hand is classified). Even if Israel decided to build that many Iron Dome missiles and have them racked up ready to reload, at an estimate $10,000 apiece, the total cost would be billions of dollars.

By contrast, modern solid-state lasers run off electricity: Once you’ve built the laser, the marginal cost of each shot is pennies, and ammunition doesn’t run out unless the power does.

What’s more, because laser beams travel at the speed of light, they have a better chance of shooting down short-range threats whose low altitude and short flights make them hard to detect in time for a defensive missile to intercept them. A few years ago, for example, Rafael developed an “Iron Beam” laser specifically designed to shoot down shells fired from within five miles of the Israeli border, which Iron Dome has struggled to stop before they hit.

But laser development has largely been on the back burner in Israel since January 2006, when the Nautilus Tactical High Energy Laser (THEL) was cancelled. A US-Israeli joint project launched in 1995, THEL shot down 28 Katyusha rockets and several artillery shells in tests. But, like the equally stillborn Airborne Laser, THEL used large tanks of toxic chemicals to generate the laser beam, making it impractically big and bulky.

Today, however, laser developers have switched to solid-state systems that generate the light beam from electrical power rather than chemicals, allowing dramatic improvements in efficiency. The new solid-state lasers haven’t reached the megawatt power outputs of the old chemical lasers yet, but they get more potent all the time. That makes both US and Israeli experts increasingly optimistic that the day of battlefield laser weapons — at least for specialized niches like short-range missile defense — is drawing near.