Posted by Richard Whittle on February 5, 2013 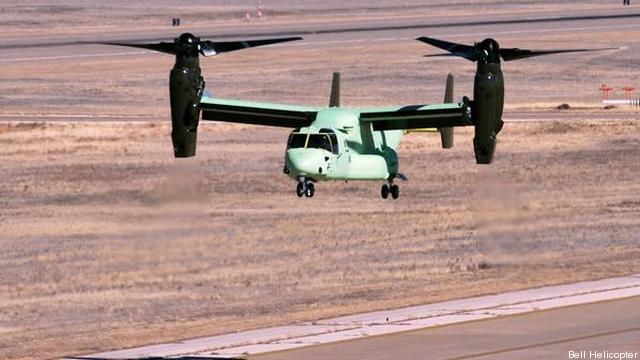 Time was, only a masochist could enjoy managing the V-22 Osprey program office. The Marines put the tiltrotor troop transport into service in 2007 after a quarter of a century of development that included design problems, a four-year battle pitting the Corps and their pro-Osprey allies in Congress and industry against a sitting defense secretary, repeated schedule delays and cost overruns, three fatal crashes that led the Pentagon to consider cancelling the helicopter-airplane hybrid in 2001 and an unrelenting drumbeat of media and other criticism.

How much have things changed? Today, the ninth Osprey program manager, Marine Col. Greg Masiello, can honestly say: “It’s a great time to be the joint program manager of the V-22.”

“This is a great time to be associated in whatever manner with the V-22,” Masiello added in a telephone interview with Breaking Defense from his Navair office at Patuxent River Naval Air Station, Md. “I’m ecstatic to have this job and to look at where we’ve come in the past few years.”
Here are some of the reasons Masiello sounds like Kelsey Grammer’s submarine commander character in the film comedy “Down Periscope,” whose signature line was: “God, I love this job!”:

The program office came to terms in December with the Osprey’s makers, 50-50 partners Bell Helicopter Textron Inc. of Texas and Boeing Co., on a new five-year contract to buy the next 99 of 458 V-22s in the total “program of record” for $6.4 billion. “It’s really $1 billion worth of savings,” Masiello says, compared to what the government would have to pay if those contracts had to be negotiated annually from fiscal 2013 through fiscal 2017, creating uncertainty among subcontractors that translates into higher prices for parts.

“Everything’s done; it’s agreed upon,” noted an interested industry official. “Just waiting for Congress to pass a budget.” (If sequestration kicks in, of course, all bets are off.)

Ospreys from VMX-22, the Marine Corps test squadron, were operating from the USS George H.W. Bush (CVN-77) the weekend of Jan. 26-27, carrying cargo and passengers to and from the big deck flattop in a demonstration of the V-22’s ability to operate either as part of a carrier’s cyclic air operation or, as helicopters do, outside it, Masiello said. Marine Corps MV-22s taking part in recent Marine Expeditionary Unit (MEU) deployments have been landing cargo and passengers on big deck carriers as well. Masiello and others are pitching hard for the Navy to consider the Osprey as a replacement for its aging C-2 “Greyhound” carrier on-board delivery (COD) aircraft.

Other countries are showing ever more serious interest in buying V-22s. Masiello wouldn’t confirm or deny any specific countries, but Israel and the United Arab Emirates are known to have kicked the tires and industry sources say other potential Osprey buyers include several other U.S.-friendly countries in the Middle East. Japan is also said to be studying a possible V-22 purchase, notwithstanding vocal Japanese civilian opposition to the deployment of a squadron of 12 MV-22s to Marine Corps Air Station Futenma on Okinawa last year. “We have unprecedented international interest right now in the V-22,” Masiello said. “We have direct government to government conversations and exchange of paperwork.”

The Obama administration’s pivot to the Pacific in national security strategy plays to the strengths of the Osprey, which tilts its wingtip rotors upward to take off and land like a helicopter but swivels them forward in flight, giving it roughly twice the speed and five times the unrefueled range of conventional military helicopters. The Osprey cruises at 250 knots, or nearly 290 miles per hour, and has a mission radius of more than 500 miles, depending on the load carried. With aerial refueling, the Osprey can fly until its crew requires rest, allowing it to “self-deploy” overseas and cover long distances in operations.

“The V-22’s range and speed are just made for the Pacific,” said the industry official. As if to make that point, the Osprey squadron based since last summer on Okinawa, Marine Medium Tiltrotor Squadron 265 (VMM 265), on Dec. 7 flew three MV-22s from Futenma to Guam, a distance of 1,466 nautical miles, as part of the Exercise Forager Fury 2012.

Bell-Boeing recently completed flight testing the first of a dozen MV-22s that will be assigned to HMX-1, the Marine Corps squadron at Quantico Marine Base, VA, that flies the president and does a variety of other special missions. The Ospreys won’t normally carry the president, who will still fly in his white-topped Sikorsky VH-3D helicopter, known as Marine One when the chief executive is aboard. But HMX-1’s Ospreys will carry cargo and passengers – including the news media – in connection with presidential travel and be used for VIP transport as well. HMX-1’s Ospreys will be painted all shiny green – no white top – and have a “VIP interior” that largely consists of nice covers on their fold-down canvas seats.

Beyond HMX-1, the Marines and Air Force are steadly expanding the Osprey’s presence around the globe in 2013. In the first quarter of this year, an AFSOC CV-22 squadron is to begin operating from Royal Air Force base Mildenhall in England, a move that was expected but postponed last year. The Marines, meanwhile, plan to put a second MV-22 squadron on Okinawa toward the end of 2013 to replace 1960s-vintage CH-46E Sea Knight helicopters. Also, VMM 166, the first Osprey squadron ever assigned to a West Coast-based Marine Expeditionary Unit, is to deploy with the USS Boxer Amphibious Ready Group (ARG) and 13th MEU later this year to the western Pacific and Persian Gulf. (The Boxer ARG/13th MEU is also scheduled to take the first AH-1Z Super Cobra attack and UH-1Y “Super Huey” utility helicopters to deploy with a West Coast MEU.)

The Marines and Air Force plan to spread the Osprey’s global footprint even further in 2014-16. Current plans for those years call for two new MV-22 squadrons to stand up at Camp Pendleton, CA, one each in 2014 and 2015, and two more at Marine Corps Air Station Kaneohe Bay, HI, in 2015 and 2016. The Marines also plan to establish a West Coast Reserve MV-22 squadron this year and an East Coast Reserve squadron in 2016. The Air Force, meanwhile, plans to stand up a CV-22 squadron in the Pacific in 2015, probably at Kadena Air Force Base on Okinawa.

Despite two V-22 crashes in 2012 — one Marine Corps, one Air Force and both blamed on the pilots – the Osprey has maintained a good safety record since it was redesigned and retested after 2001. During that time, the fleet has accumulated nearly 170,000 flight hours, with the Marines accounting for about 140,000 of that total. Three Osprey crashes over those 12 years have claimed six lives, compared to more than 600 deaths in more than 400 military helicopter crashes since Oct. 1, 2001. Critics who used to insist the Osprey was dangerous are more likely today to question the V-22’s operating cost and reliability, but Masiello boasts that both those measures of quality are improving rapidly.

Since 2010, according to program office figures, the Osprey’s cost per flight hour has declined from $11,651 to $9,520, an improvement of 18 percent. It’s Mission Capable rate, the measure of what percentage of time aircraft are available to fly rather than down for maintenance or repairs, reached 68 percent in 2012, up from a fleetwide figure of 53 percent in 2010, for an improvement of 28 percent.

Combat in Afghanistan has shown in dramatic fashion that the Osprey can take fire and keep flying. “The aircraft are not being babied,” Masiello said. On more than one occasion, Ospreys have taken “very intense fire and the aircraft were hit,” he said, yet “were able to continue to execute their mission,” returned to base and were repaired in the field and sent back into action. “This is the most survivable aircraft that we own,” Masiello declared, adding that he could “back that up with engineering data.”

“The vision is a globally deployed Osprey fleet — ready, affordable, effective and survivable,” Masiello said. “That’s something we have achieved.”

Being able to say that can’t help but make that program manager want to add: “God, I love this job!”