“We have kit in Europe today,” said Doug Wiltsie, director of the Army’s recently created Rapid Capabilities Office. Successive upgrades based on 2nd Cav soldiers’ feedback will enter testing in July and October, and fielding will follow later this year — despite budget turmoil that has slowed RCO’s other projects. 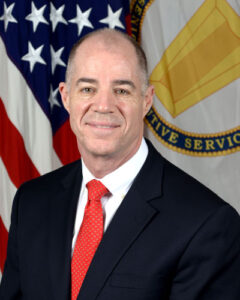 Speaking to the C4ISRNET annual conference here, just two subway stops from the Pentagon, Wiltsie was understandably cagey about details like range and power. The new system will be available in both vehicle-mounted and man-portable forms for use by all types of combat brigades: light infantry, heavy armor, and medium-weight Stryker brigades like the 2nd Cav. It consists of sensors and software to pick up electromagnetic signals, analyze them, and locate their sources for attack. The “offensive capability” is ill-defined, but it sounds like something much more potent than the short-range defensive jammers already common on US aircraft (against missiles) and ground vehicles (against roadside bombs).

“This is not the enduring program,” Wiltsie emphasized: It’s a stopgap with limited capability, fielded only to Europe, where the EW threat is greatest. The Army has three different electronic warfare programs of record starting in the next couple of years, he said, (probably referring to command and control software, offensive jammers, and defensive jammers) and those will be long-term, institutionalized, and fielded across the entire force. But big programs take time the Army may not have. In the Rapid Capabilities Office, by contrast, Wiltsie said, “we’re looking at electronic warfare for one theater, (and) the requirement that I will meet when we field this stuff by the end of this year will be nowhere near the full capability.”

Having any sensors and offensive jammers, however, will belatedly put US Army units on par with Russian ones. Well-intended efficiencies in the 1990s consolidated all offensive jamming in Navy and (a handful of) Air Force squadrons. Those aircraft rose, or rather descended, to the challenge in Iraq and Afghanistan when the Army and Marines needed jamming at ground level, but in a major war, they’d be busy suppressing anti-aircraft radars. By contrast, Russia (and China) maintained and modernized their ground-based EW units, to deadly effect. Jamming prevented Ukrainian units from communicating, paralyzing their operations. Once stopped in their tracks, Russian radio direction-finding and spotter drones pinpointed the Ukrainians for brutal rocket barrages. 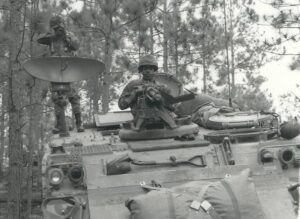 The EW kit now being tested in Europe won’t solve the Russian threat by itself. Alongside electronic warfare, Army leaders set two other top priorities for the RCO: cybersecurity — the Russians being infamous hackers — and alternatives to GPS — which the Russians can jam. Those projects are underway but less swiftly, Wiltsie said. There are some cyber elements to the EW kit now in testing, he said, but more will be fielded next year. He’s also hoping to demonstrate seven GPS alternatives for Precision, Navigation, & Timing (PNT) this year, again fielding in 2018.

“One of the things that has slowed us down, clearly, is the budget process,” Wiltsie said. “We’re adjusting some of the schedules, (but for EW) we were able to execute and keep the initial phase moving.”

In the long run, however, the Rapid Capabilities Office — whose budget is secret but well under $100 million — needs stable, predictable funding. It also needs Congress to understand that an office with “Rapid” in its name needs more leeway than a traditional decade-long program of record, Wiltsie said: “We need some flexibility because things may change.”