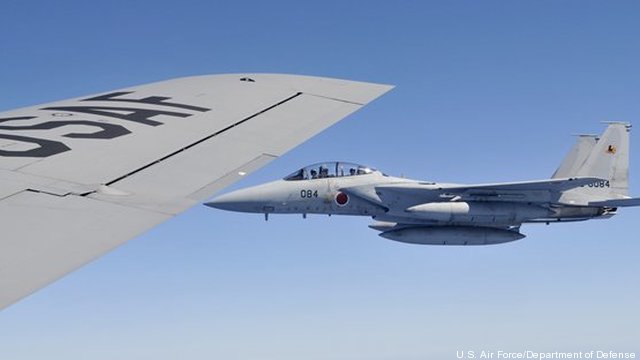 WASHINGTON: Japan’s Ministry of Defense wants to increase its defense budget for the seventh year in a row, hitting a record $48 billion for the fiscal year starting April 1. If approvded, it could mean big new contracts for American defense firms.

The budget is part of an emerging strategy that places a priority on missile defense, cyber, and space, while facing down Chinese military advances and the undiluted threat from North Korea.  Prime Minister Shinzo Abe has long advocated a more muscular defense posture for Japan, and is pushing for a constitutional change that would overturn decades of pacifism having been enshrined in the document. His  ruling Liberal Democratic Party is expected to begin drafting language this fall that would for the first time since the Second World War formally recognize the country’s Self-Defense Forces, setting the stage for a major debate in Japan over how the country views itself, the region, and its role in the world.

The biggest item in the budget covers ballistic missile defense, with a request for $2 billion for two ground-based Aegis Ashore radar missile tracking stations built by Lockheed Martin. The Japanese navy already operates the ship-borne version of the system, and Romania and Poland are the only other countries to have built the ground-based system. 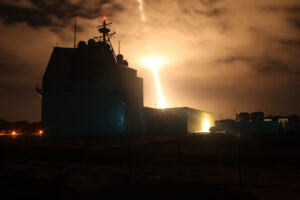 Overall, the government is looking to spend $3.8 billion on missile defense systems, part of the $6.2 billion Tokyo is planning to spend on U.S. systems under the Foreign Military Sales program.

Other highlights include $480 million to modernize F-15 fighters to allow them to carry cruise missiles and increase their electronic warfare prowess, $820 million for six F-35s fighters and $830 million for various space and cyber defense programs.

The strategic rationale for all of this new spending was outlined in a white paper published earlier this week, which reported that “in the area surrounding Japan, there is a concentration of nations with large-scale military capabilities, and a regional cooperation framework on security has not yet to be fully institutionalized, leading to the existence of uncertainty and unclarity, including the persistence of territorial disputes and unification issues.”

An opinion piece in the state-run China Daily this week blasted the white paper, accusing Japan of militarizing diplomatic spats in the region, and being little more than a pawn for Washington.

“Despite its tentative steps toward an independent foreign policy, [Japan] is still reluctant to emerge from under the protective arm of the United States,” the article said. “As the Shinzo Abe administration knows, it is the provocative moves by the Donald Trump administration that have been setting the region on edge.”