JSF & The Path of DOOM 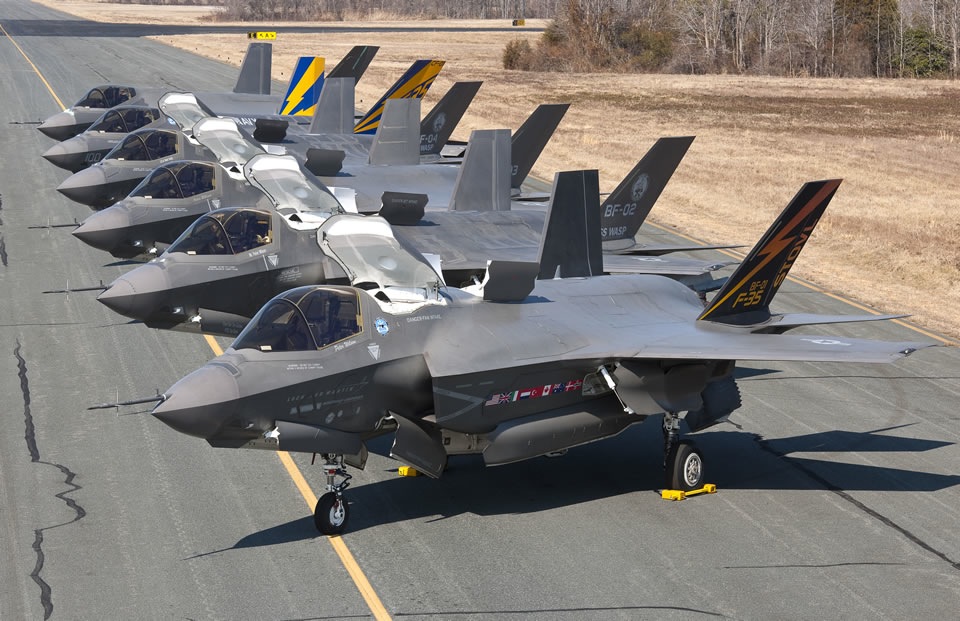 As commanders and contractors gather for the Air Force Association’s massive annual conference, our favorite iconoclastic officer, the White House-endorsed Lt. Col. Dan Ward, offers this merciless dissection of the Pentagon’s biggest program and how to avoid its mistakes. — the Editors

In February of 2014, Lt. Gen. Charles Davis, the Air Force’s top uniformed acquisition official, said big, audacious programs like the Joint Strike Fighter were “doomed the day the contract was signed.” As the former Program Executive Officer for the JSF, he brings a pretty credible perspective to the situation. Given his first-hand experience and the F-35’s track record of delays, cost overruns, technical problems, operational limitations, and the recent grounding of the entire fleet due to an engine fire, I am very much inclined to agree with him.

The phrasing of Lt. Gen. Davis’ assessment is important: He is not saying the F-35 was recently doomed, or is troubled because of late-breaking developments like sequestration, the Afghan drawdown, recent technical challenges, or the latest Chinese stealth fighter. Not at all. He is saying that America’s most expensive weapon system began its very existence behind the eight ball. It was doomed from the start.

The seeds of JSF’s troubles were firmly rooted in 2001, when the system development contract was signed. For that matter, the situation was already pretty clear in 1996, when the Air Force awarded contracts to develop a pair of competing prototypes. The proposed aircrafts’ complexity, cost, and development timeline all pointed to an ill-advisedly large, pricey, and slow effort that was immediately on track to cost more, take longer, and deliver less than promised. The problems that followed (and the accompanying charges of acquisition malpractice) were therefore entirely predictable and, more importantly, avoidable.

Why do weapon programs like the JSF bust their huge budgets and long schedules, while others like the Navy’s Virginia-class submarine program (which won the Packard Excellence in Acquisition Award three times) come in under budget, ahead of schedule, and perform superbly in the field? As Lt. Gen. Davis implied, the answer can often be found at the program’s inception, when the foundation is laid and when program leaders decide which path to follow.

The JSF malpractitioners chose to follow what we might call “the path of D.O.O.M.” — Delayed, Over-budget, Over-engineered, Marginally-effective — by establishing a massive bureaucracy, a distant delivery date, an enormous budget, and a highly complex technical architecture. This fostered an expansive culture where rising price tags and receding milestones were seen as inevitable and where the primary problem-solving strategy was to add time, money, and complexity to the project. Data from the GAO and other reliable analysts agree this is a demonstrably ineffective approach. Because it was on the Path of D.O.O.M., the JSF’s Nunn-McCurdy breaches in 2004 and 2010 were simply a matter of time.

It didn’t have to be that way. There is an alternative path they could have followed which would have increased the likelihood of delivering an affordable system that is available when needed and effective when used. This better approach goes by many names, but I like to call it the FIRE method.

FIRE stands for Fast, Inexpensive, Restrained, and Elegant. Unlike the expansive D.O.O.M. culture, FIRE fosters a restrained approach to problem solving. Those who follow this path eschew large price tags and long timelines, instead placing a premium on speed and thrift as the Navy did with those Virginia-class submarines. Rear Admiral William Hilarides, the program executive officer for submarines, put it this way, “The Virginia-class program… was originally designed with cost effectiveness in mind. In order to reduce costs on this program, we have to change the way we build submarines, and that’s what we’re doing.”

So, rather than equating budgets with prestige, FIRE projects take pride in doing the most with the least, as when the Air Force Research Lab built a world-class, 500 TFLOP supercomputer called the Condor Cluster for one-tenth the price of a comparable machine. It outperformed every other supercomputer in the DoD, despite being constructed out of 1,760 PlayStation III’s.

The key to avoiding the Path of D.O.O.M. is to establish and nurture passionate advocates of thoughtful simplicity in every dimension of the programs, from organizational structures and procedures to communication methods and technical designs. Embrace and pursue speed and thrift. Exercise some restraint.

Restraint leads to an entirely different approach to solving problems than that followed by the D.O.O.M. method, and thus leads to different solutions. People who use approaches like FIRE leverage intellectual capital more than financial capital, and apply “reductive thinking methods” to prevent over-engineered solutions and requirements creep. Even before the contract is signed, they set up constraints and implement procedures designed to prevent the types of problems experienced on the JSF.

Is it too late to cancel the Joint Strike Fighter? Maybe, although an article by Col Michael Pietrucha in the May-June 2014 issue of Air & Space Power Journal made a strong case that it is not. But regardless of the future viability of that particular aircraft, it is certainly not too late to set other programs on a better path. Indeed, the Air Force seems interested in doing precisely that. In the same interview where Lt. Gen. Davis called the JSF doomed, he went on to point out that “we are not starting all the new audacious big programs that we were…” Instead, the Air Force is pursuing smaller, more restrained systems. Less D.O.O.M., more FIRE. Time will tell whether the shift towards less audacity and more restraint is permanent or effective, but it is certainly a step in the right direction.

Dan is a Lieutenant Colonel in the Air Force, currently stationed at Hanscom Air Force Base. He is the author of FIRE: Why Constraints Ignite Innovation, published by HarperBusiness. The views expressed in this article are solely those of the author and do not reflect the official policy or position of the U.S. Air Force or Department of Defense.