Justice Department To Pentagon On Mergers: Back Off 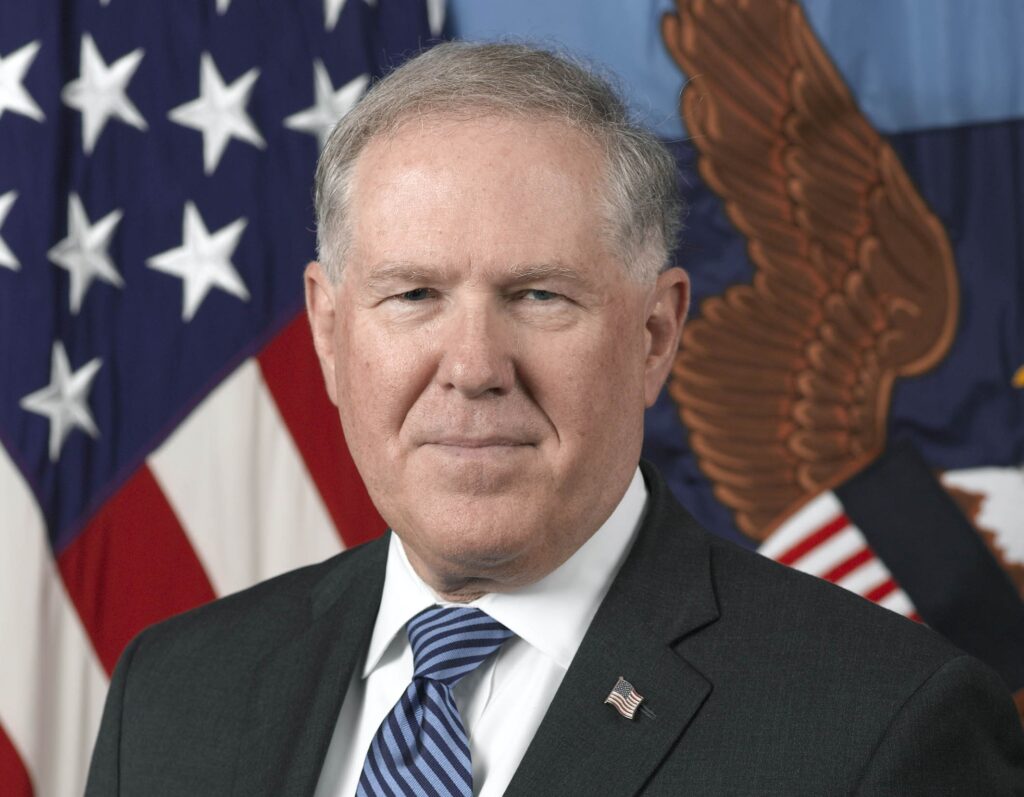 The Department of Justice just told the Department of Defense to back off, and DoD did. It’s a rare public confrontation between two major government departments, especially over a subject as politically volatile as mergers and acquisitions, where the Pentagon had wanted more authority in a process Justice and the Federal Trade Commission currently control — and will continue to control.

The move is a public rebuke for Frank Kendall, undersecretary of Defense for acquisitions, technology, and logistics. It’s good news for defense contractors leery of an additional layer of oversight. Whether it’s good news for the taxpayer and the military is an unsettled question.

“I think the message to Frank Kendall is he’s a little too heavy-handed on regulation and he needs to leave some room for market forces,” said Loren Thompson, a defense industry analyst and consultant.

“The joint statement acknowledges Pentagon concerns but doesn’t really go beyond the existing framework for assessing mergers and acquisitions,” Thompson told me. “The FTC and the Justice Department think they already know the right way to evaluate proposed combinations,” he said, and they don’t think they need to make the changes the Pentagon was proposing.

Currently, the Justice Department and the Federal Trade Commission allow or disallow mergers between defense contractors following the same anti-trust guidelines that apply to any company, although they consult the Pentagon about the national security aspects. But Kendall had called for a more formal Defense Department role, and proposed legislation was circulating among the three agencies.

,Justice and FTC issued a statement yesterday saying that, “[while t]he Guidelines are necessarily general, as they apply to all industries, [t]hey are also sufficiently flexible to address DoD concerns that reductions in current or future competitors can adversely affect competition in the defense industry and thus, national security.” In other words: The current system ain’t broke, don’t fix it.

Shortly thereafter, Pentagon spokesman Mark Wright issued a statement: “The Department of Defense (DoD) welcomes the joint statement” by DOJ and FTC, highlighting areas where the two agencies had promised to take Defense’s advice and incorporate your concerns. “We are withdrawing our legislative proposal,” Wright went on. In other words: All right, you win, but we’ll hold you to your promises.

(The full text of both statements is below for your own exegetical pleasure).

Why did Defense want to change the system in the first place? The breaking point was last fall, when Justice and the FTC approved the acquisition of Sikorsky, one of the nation’s largest helicopter manufacturers, by Lockheed Martin, the world’s largest defense contractor, period. Frank Kendall, as the Pentagon’s top acquisition official, soon started speaking publicly about the danger of too much concentration in the defense sector leading to less competition and less innovation, meaning higher prices for less effective weapons.

“I haven’t heard anybody in industry suggest that Kendall’s concerns were warranted,” said Thompson, who has contacts in C-suites across the defense sector. People weren’t panicking about Kendall’s proposal, he said, just confused. “Most people in industry don’t really care all that much because there are no first tier combinations being contemplated [currently],” said Thompson. “They’re bemused that the issue of bigness — which is kind of subjective — would be regarded as adequate basis for opposing a merger.”

The Defense Department is in a poor position to criticize other organizations for being too big and hidebound, after all. “It’s ironic that the Pentagon will be concerned about bigness when it is a monopsony customer that can unilaterally determine the fate of its suppliers,” said Thompson. (Monopsony is the opposite of monopoly: a market with a single buyer as opposed to a single seller).

Consider the late, great McDonnell Douglas, which lost its bid for the Joint Strike Fighter — what would become the F-35 — and promptly sold out to Boeing. In turn, Boeing may soon exit the fighter aircraft business as its F-15 Eagle and F-18 Hornet production lines wind down with no major new awards to replace them. That would leave Lockheed, which makes the F-22 and F-35, as the sole manufacturer of fighters in the United States. Then a monopsony would confront a monopoly.

At that point the laws of the free market start breaking down, like the laws of physics inside a black hole. What kind of equipment comes out for the nation’s military, at what price to the nation’s taxpayers, is hard to guess.

What follows is the full text of Defense Department spokesperson Mark Wright’s statement to the media:

The Department of Defense (DoD) welcomes the joint statement issued by the Department of Justice (DOJ) and the Federal Trade Commission (FTC) (“the Agencies”). In the Joint Statement, the Agencies affirm that the DOJ/FTC Horizontal Merger Guidelines, which set forth the analytical framework for undertaking a review of a proposed transaction under Section 7 of the Clayton Act, provide enough flexibility to address DoD concerns that reductions in present-day or future competitors, including among weapon system prime contractors, can adversely affect national security. The Joint Statement notes the particular aspects of the defense industry, such as high barriers to entry, the need to maintain research and development and surge capacity, and the preservation of a skilled contractor work force and robust subcontractor base. The Joint Statement also restates the Agencies’ commitment to give DoD’s assessment substantial weight in areas where DoD has special expertise and information, such as on national security issues. The Joint Statement makes clear that the Agencies’ review of a proposed transaction affecting the defense industry can take into consideration the harm to the public’s interest in national security created by a reduction in competition.

We are withdrawing our legislative proposal.

Below is the Justice-FTC joint statement: