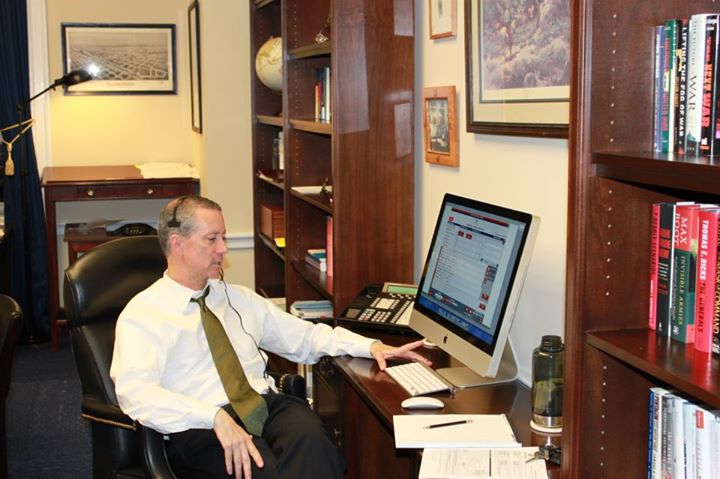 WASHINGTON: For “at least 50 years of frustration,” the Vice-Chairman of the House Armed Services Committee said this morning, people have kept trying to fix the Pentagon’s procurement problems, but the problems keep on getting worse. It’s time to stop layering one band-aid atop another and look at the system as a (dysfunctional) whole, said Rep. Mac Thornberry — and part of that dysfunction comes from Congress itself.

“Every few years since I’ve been in Congress — [that’s] nearly 20 years… we’ve passed some legislation on acquisition reform,” said Thornberry, whom HASC chairman Buck McKeon recently tapped to lead a new drive for reform. Today he was speaking at the Center for Strategic and International Studies, where the Defense Department’s acquisition chief, Frank Kendall, spoke on the same topic just 10 days ago. Some individual laws have helped and some have hurt, Thornberry told the audience at CSIS, but overall, “things are no better now and in some ways they’re worse than 20 years ago.”

“What we’ve done so far has not worked out so well,” said the understated Texan. “We’re not going to make things better by piling on new mandates, new oversight offices, new micromanagement.” Instead, Thornberry wants to sit down with the Defense Department and defense contractors to winnow through the accumulated regulations “line by line,” he said: “go through, thin those out, and try to simplify and rationalize.”

The effort requires an equally hard look at legislation, Thornberry made clear. “Yes absolutely, Congress has contributed to this problem over the years, to a substantial extent,” he said. “So as we go through the regulations that come from the Department, we absolutely go through the statutes and reporting requirements and briefing requirements that Congress imposes as well, and we need to thin it all out.”

“We contribute to the problem,” Thornberry said.

Instead of patching every problem with a new regulation, he argued, Congress needs to empower government managers to make decisions and industry to make a profit — and then hold both accountable for results. “We’re going to have to accept some amount of risk,” he said. Yes, given freedom, somebody will inevitably screw up and waste some money — or even steal it — but the cost of trying to prevent every instance of “waste, fraud, and abuse” ends up being higher than the cost of “waste, fraud, and abuse” itself.

“Wal-Mart tolerates a certain percentage of what they call ‘shrinkage,'” Thornberry said, because the successful superstore is well aware that if they tried to stop every instance of shoplifting, they’d be frisking every customer on the way out the door and stop being able to function as a business. That’s a lesson the federal government needs to learn, Congress most of all.

Thornberry acknowledged the “understandable skepticism” that this acquisition reform effort would succeed were so many others failed. His approach would not be to attempt some revolutionary overhaul, he said, but to move with “humility” towards achievable, incremental goals.

“We’re not going to take two years to study it and come out with a 2,000 page bill,” Thornberry said. “If we can identify things to do in next year’s authorization bill, we’re going to snatch that up.”

“This is the time,” Thornberry said, arguing that ever-tighter budgets would force reform. “Not only is it possible, I would suggest it’s a necessity.” Even if Congress can repeal the sequester, cut entitlement spending, and return to a regular, stable budget process, he said, “we’re going to face tight defense budgets as far as the eye can see,” he said. “We’ve got to get more defense for the dollar.”

It’s a daunting task, but the House Armed Services Committee seems to be taking it seriously. As one of the several HASC staffers in attendance told me: “This is going to be a big damn deal for us next year.”