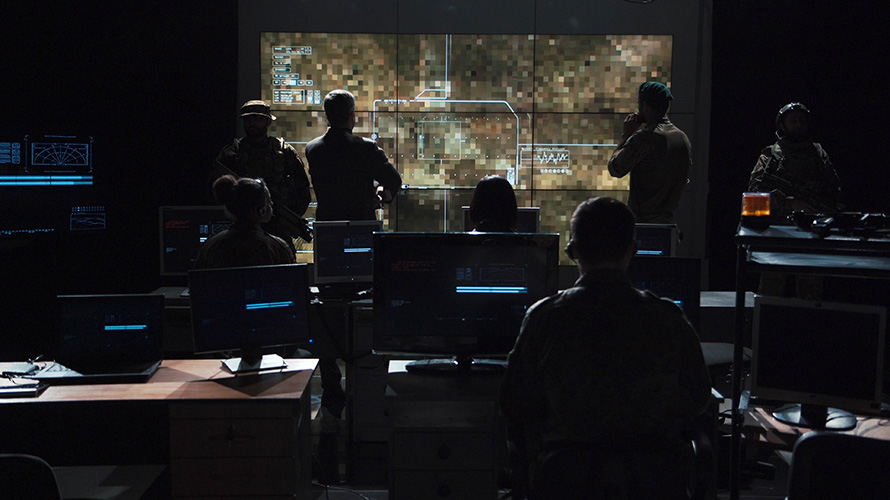 WASHINGTON: The Pentagon is kicking off a new series of joint war games and exercises this fall designed to figure out how to confront peer adversaries like China and Russia, as military leaders rush to come up with new ideas for how to fight through what one Army general describes as a “hyperactive” battlefield.

The “globally integrated exercises” will include all four armed services, some of the 10 combatant commanders, and several government agencies, who together will try to mesh their various ideas for how to counter threats ranging from information warfare and cyber attacks right up to ballistic missile salvos and potential clashes of fifth generation aircraft.

The idea is that exercise will act as a jolt to the Pentagon’s nerve system, and become “a forcing function where you bring your service concept to the table and see how it operates, and then make compromises from there,” Lt. Gen. Eric Wesley, of the Army’s Futures Command told reporters at a Defense News conference today.

“We think we need a solid description of how the joint force sees that [potential future fight] going, and I think that is the next significant effort the services should get after,” he added.

Each branch of the armed services has its own ideas and capabilities for meeting peer competitors, but “what we don’t have is a joint concept that accurately and with rigor describes how the services will fight against a peer adversary,” Wesley said. “That hasn’t been completed yet.”

While there are few details available as to the overall scope or specifics of the exercises, but they’re scheduled to take place this month and November, and will help inform how the Pentagon invests in future command and control technologies that will allow the services to quickly share information and communicate, even under the cyber-fog of contemporary combat.

Speaking with reporters at the Pentagon last week, Chairman of the Joint Chiefs, Gen. Joe Dunford, acknowledged the exercises, saying his office has “scheduled a series of globally integrated exercises with participation from across the US government interagency to refine our plans” and help Defense Secretary Mark Esper develop new war plans.

The exercises come at a time of huge leaderships changes at the Pentagon, with Dunford stepping down at the end of this month and Army Gen. Mark Milley assuming the role of chairman on Oct. 1. The two exercises will bookend that changeover, and it is unclear if Milley will have a different vision than Dunford and his staff as to how the event is run.

The war-game will likely inform some hard choices over how the Pentagon will equip its future forces and help decide which sacred cows are slaughtered. “Everybody loves the future force” Maj. Gen. Michael Fantini, director of the Air Force’s Warfighting Integration Capability, said today. “The challenge is what are we going to stop doing in order to pivot the future.”

The Army has already found tens of billions in savings by hosting the well known “night court” sessions over the past two years to slash and burn programs that had to be jettisoned in order to invest in future capabilities. SecDef Esper, who chaired those meetings while leading the Army, has indicated he wants to do something similar as the Pentagon’s new leader.

The Marine Corps is already questioning the value of the amphibious fleet in getting Marines to the fight, and are currently looking for ways to get their troops — and F-35s — away from large bases and onto smaller, austere camps where they’re more agile, and harder to find and target.

But underpinning all of this are secure networks that can survive sophisticated electronic attacks, while connecting manned and unmanned systems in the air and sea, with ground troops dispersed over hundreds of miles of contested territory.

Currently, “all of these [networks] are controlled at different echelons and by different services,” Wesley said. “You can very quickly see if you want to rapidly integrate all domains in order to take advantage of opportunities on a very lethal battlefield, you need a different type of C2 structure.”

Back in the days of AirLand Battle, all the services would bring their contributions, and it would take days to synchronize communications and planning. But the future battlefield “will be sufficiently hyperactive that we can’t wait for that kind of industrial approach to synchronization,” he added.