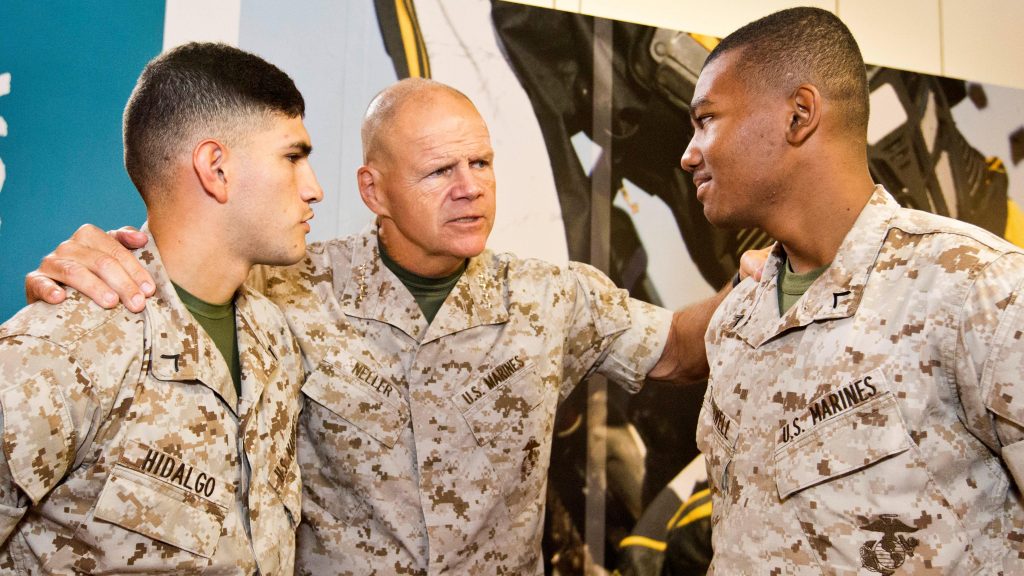 BROOKINGS INSTITUTION: The Marine Corps Commandant has joined the chorus of senior Pentagon officials who say they’re bracing for potential budget cuts in 2020. That’s when the 2018-2019 budget deal expires and the Budget Control Act caps on spending come back in force (sometimes called “sequestration”), unless Congress can scrape together another compromise.

Gen. Robert Neller made it clear he’s grateful for budget increases in 2018 and 2019, though he noted the ’19 appropriations haven’t passed yet. He promised to make the most of every dollar to modernize the Marine Corps to prepare for major wars against high-tech adversaries like Russia and China. But, like Defense Secretary Jim Mattis — a retired Marine general himself — and Pentagon comptroller David Norquist at a Senate hearing this morning, Neller also made it clear he isn’t counting on the good times to continue. 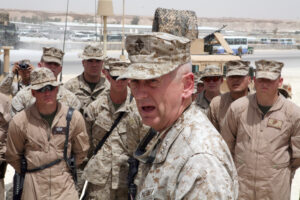 “This money is here and we’re going to take advantage of it,” Neller said. “The Secretary of Defense has been absolutely crystal clear on that, and I do not want to be standing in front of his desk on the 1st of October explaining why we didn’t spend all our money. I will not be.”

But in the long term, “nobody expects this to go on — I don’t expect it to go on indefinitely,” Neller said. “As military members and the civilian leadership of the department… we know what the trend lines are as far as deficits and all that. We don’t have our heads in the sand.”

Who are “we”? Army Secretary Mark Esper and his deputy, Ryan McCarthy, have been the most explicit about their preparations for 2020: They’re scrubbing the ’20 budget for potential savings — from business process improvements to weapons program cancellations — that they could reinvest to keep their Big Six modernization priorities alive even if Budget Control Act caps return. Similarly, Air Force Secretary Heather Wilson has said she’s reviewing her service’s 1,200 smaller programs to find places to cut in 2020. The outgoing commandant of the Coast Guard, Adm. Paul Zukunft, has also worried publicly that budget increases will be two-year blip. So far, we haven’t heard similarly specific warnings from Navy Secretary Richard Spencer or the Chief of Naval Operations, Adm. John Richardson.

Neller didn’t outline potential cuts or say specifically he was scrubbing the Marine Corps’s 2020 budget, but he said his staff is preparing contingency plans. “We could be back to Budget Control (Act), BCA, levels, because that’s what the law is,” he said. “And so are we looking at what’s going to happen when that happens? Yes.” 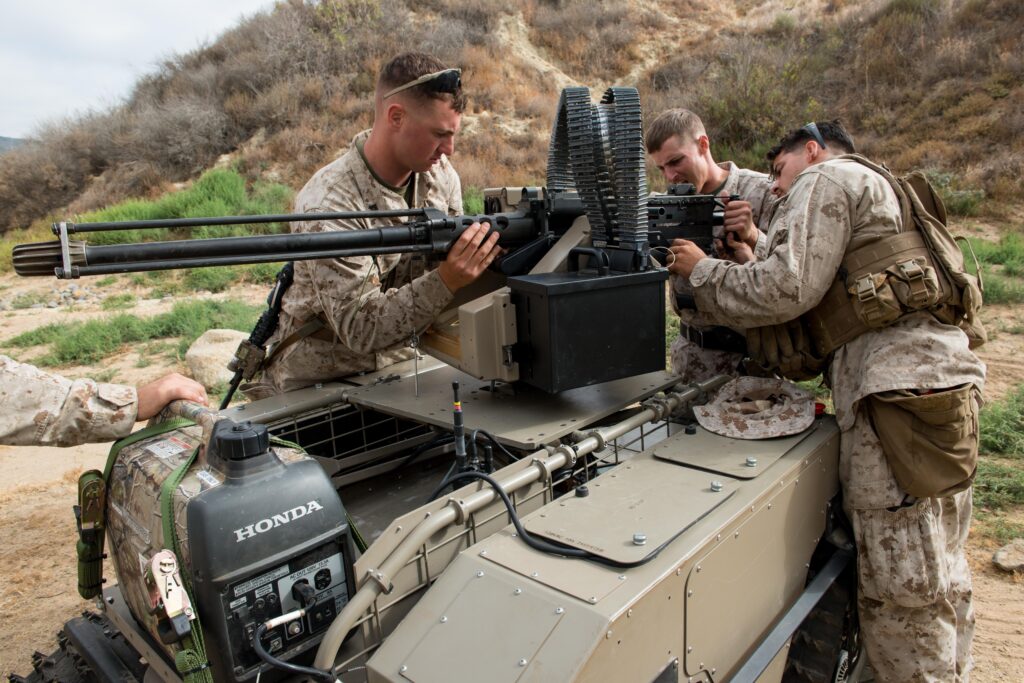 If the Marines have to cut their budget significantly, Neller said, they’d have to reduce their No. 1 expense, personnel, which would require shrinking the force. Even with the current budget’s increases in personnel funding, Neller said he only planned to grow the Marine Corps by 1,100 troops. The additional money is going not to more Marines but to more expensive Marines, he said, especially cyber specialists who are older, extensively trained, higher-ranked, and highly paid to reduce their temptation to quit for six-figure salaries in the private sector. Overall, the Commandant said, the Marine Corps will grow older as modern warfare requires ever more technical training, with even lowly infantry squads boasting their own mini-drones to scout ahead or deliver supplies.

If you think this sounds a lot like the Army’s Big Six modernization priorities — right down to the shared use of the term “Long Range Precision Fires” — well, General Neller agrees. 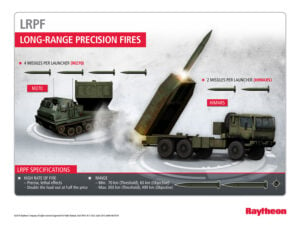 “We have a lot of things, capabilities, that we’re looking at that are similar to the capability sets the Army’s looking at, (like) long-range precision munitions or armored vehicles,” Neller said. Generals from the two services meet monthly to coordinate investments, he said; there’s also Marine Corps participation in Army development of both weapons and concepts. “We’re watching, we’re following,” Neller said. “They’re making a lot of progress in certain areas. As those things mature, we’ll invest in them as long as they meet out requirements.”

Compared to the other armed services, “we’re kind of the smallest child at the dinner table, (though) we’re pretty scrappy,” Neller said. So Marines are always eager for opportunities to pool their limited buying power with the larger services and exploit their economies of scale.

The new technology opens up a lot of tactical possibilities. “We can fly darn near everything we’ve got now without having a human being in the cockpit,” Neller said, and, in the future, he expects the “great majority” of aircraft will be unmanned, along with many robots on the ground.

But the foundation of military power is still the human, not the machine, Neller emphasized. “You’re still going to need somebody down there on the ground saying ‘this is mine, you can’t have it,'” he said. “We are human beings….We’re not androids. There’s a human part of this.”