Marines Begin Final Checks For F-35B IOC; ‘On Track’ For End Of July 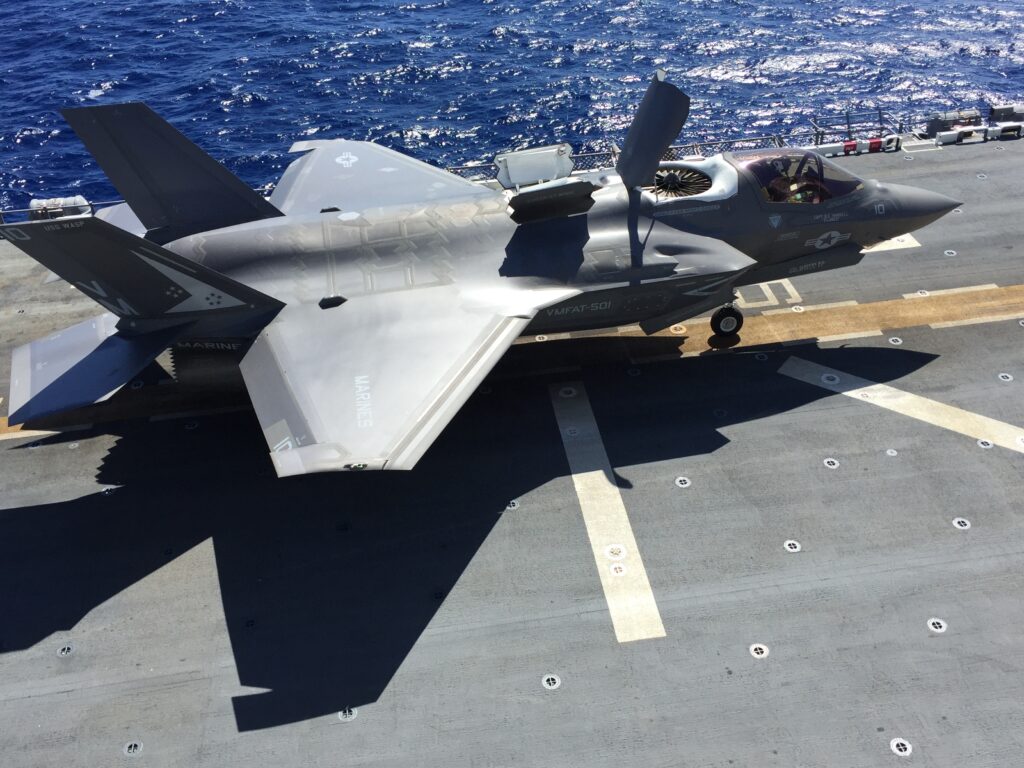 WASHINGTON: A select group of 12 Marines in Yuma, Ariz. began testing the first squadron of F-35B pilots, inspecting their aircraft and checking maintenance procedures and personnel yesterday as the end game for declaring Initial Operating Capability for the aircraft before the end of July.

“Initial operating capability (IOC) for the Marine Corps F-35B is still on track to take place by the end of July,” Marine spokesman Maj. Paul Greenberg said in an email. The experts at Yuma “will determine if the squadron and their aircraft are ready for contingency deployment use at IOC. We expect this inspection to take about one week,” Greenberg said.

The squadron survey will include operational flights with weapons in each of the five required mission areas, as well as a capstone surge day at the end of the process during which every pilot will either fly an F-35B or fly a simulator.

As a reminder, here is the official standard for declaring Marine IOC:

“Marine Corps F-35B IOC shall be declared when the first operational squadron is equipped with 10-16 aircraft, and US Marines are trained, manned, and equipped to conduct CAS, Offensive and Defensive Counter Air, Air Interdiction, Assault Support Escort, and Armed Reconnaissance in concert with Marine Air Ground Task Force resources and capabilities.”

It’s worth remembering — note to Sen. Kelly Ayotte and friends — that Close Air Support is the primary mission for the Marine F-35 and that the Marines must demonstrate it meets that requirement.

Once the inspections and tests are done, Lt. Gen. Jon Davis, head of Marine aviation, will make his recommendation about whether to declare IOC to outgoing Commandant Gen. Joseph Dunford, who will make the final decision.

Davis told USNI News his greatest concern right now is whether the squadron will have enough spare parts on hand. This is part of a general problem the Marines have. In May, Davis told reporters that some 158 Marine aircraft — 19 percent — were not ready for operations at any given time. “It’s way too high. It’s way too high,” Davis said then. Here’s a rough breakdown for the 158 aircraft: most are CH-53E helicopters; 20 F-18s; 22 Harriers; and the rest are V-22s and H-1s. And now he’s adding F-35Bs to the fleet.

Given the enormous angst over the last five years about whether the F-35B would meet its basic operational requirements — let alone possess enough reliability and capability to go to war, which is the IOC standard — being able to worry about mundane matters like having enough spare parts on hand is a fairly remarkable turnaround.