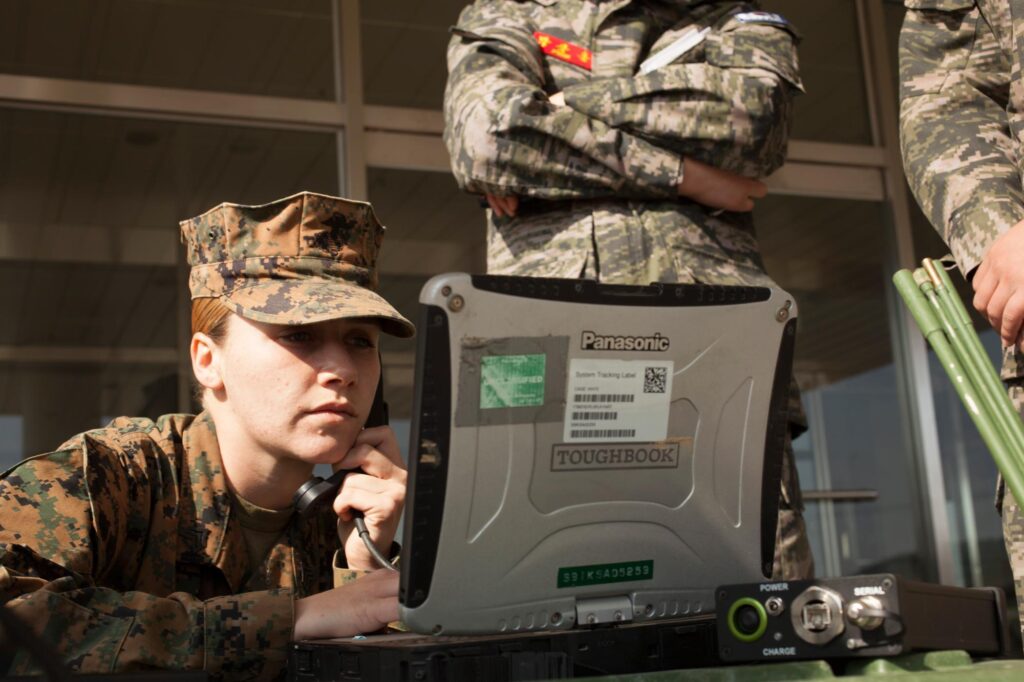 At the annual Ssang Yong wargames, US Marines and their South Korean counterparts are testing a small gadget that could solve a big problem: incompatible radios. Getting different networks to connect is hard enough between the Marine Corps and the US Navy, the Army and the Air Force, but multi-national operations are chronically plagued by the problem of “interoperability,” even between long-time allies.

The 15-pound Secure Communications Center could be a big part of the solution. It acts as a link or translator between networks, letting the different radios communicate freely with each other. Marine Corps Systems Command says the device is now in “the final stages of development.”

Such low-key electronics are the unglamorous but essential linchpins of modern military operations. Back when vital messages moved on horseback, a kingdom could be lost for want of a nail for a horseshoe. Today, messages move invisibly over the airwaves, and you could lose a republic for want of a radio you and your allies can both use.

As a last resort, you could broadcast your messages in the clear, without encryption — but that’s a good way to tell your enemies what you’re doing. The Secure Communications Controller lets each set of radios retain their own encryption and still talk to each other, with the SSC box acting as a secure translator. It can connect not only different kinds of radios but satellite phones, cellphones, and voice-over-internet protocol (VOIP) devices, which would allow the Marines to connect not only to foreign militaries but to police, fire, and other emergency responders here at home.

Like many information technology inventions nowadays, the Secure Communications Controller came to the military via the Small Business Innovation Research (SBIR) program. Manufacturer Trident Systems is a veteran-owned small business. Such small projects often sputter out trying to find someone to champion them inside the Pentagon. Fortunately, SSC has been adopted by a Marine Corps program of record called Networking On The Move.

Why “On The Move”? In Iraq and Afghanistan, Marine and Army units rarely moved far from well-equipped bases, so they could use short-ranged networks that relied on fixed infrastructure. As ground forces refocus on rapid deployment and maneuver warfare, however, they must shrink the network equipment to make it mobile while improving its abilities to operate over longer ranges and in motion. That’s why it’s important that the Secure Communications Controller is only 15 pounds.

Why is a capability like the Secure Communications Center so important in the first place? Because crisis response operations — a Marine Corps specialty — also often require US forces to work with unexpected partners around the globe. Those partners rarely have the technology to connect seamlessly with the US, which makes it especially useful to have a device that can translate between otherwise incompatible radios. Translating between cultures? Sorry, there still isn’t an app for that.