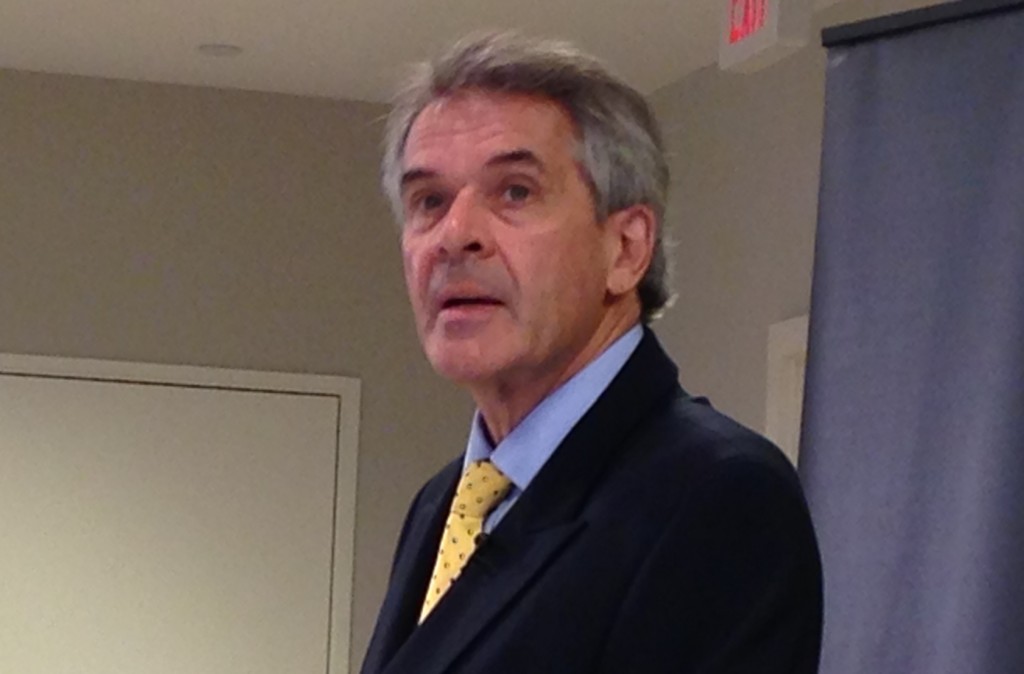 Sir Peter Westmacott, the British Ambassador to the United States.

THE WATERGATE: United we stand, Great Britain’s ambassador to the US insisted today. Despite all the strains on the Atlantic alliance — post-Snowden backlash against American spying, rising anti-EU sentiment in Britain, German dependence on Russian energy — the US, the UK, and their continental European allies stand together against what he called Russian “hybrid warfare” in Ukraine, Sir Peter Westmacott said this afternoon. In fact, he said, the downing of Malaysian Airlines Flight MH17, most likely by Russian proxies, has convinced even some of the more reluctant partners of the need to tighten sanctions.

“We have been genuinely joined at the hip,” Amb. Westmacott told me after his public remarks here at the offices of DefenseOne. “The entire response to what’s going on in Ukraine is something which we have all sought to make as trans-Atlantic as possible. [There have been] a fantastic number of telephone conversations between political leaders, on the same page: ‘This is terrible, what are we going to do about it?'”

That hardly means that unity on Ukraine erases differences on other issues. Only four NATO members — the US and UK among them — meet the alliance target for spending at least 2 percent of GDP on defense, a longstanding source of resentment in the US and a chronic worry for the Brits as well. Conversely, the Europeans’ new fear of the Kremlin has hardly made them forget their new fear of Fort Meade, home of the National Security Agency monitoring network that eavesdropped on both ordinary Europeans and their leaders, including German Chancellor Angela Merkel herself. Indeed, Germany, the economic heart of Europe, has reacted with particular bitterness, and for good reason.

“I’m constantly reminded by my German friends that this whole issue of revelations of spying… is something that is taken very seriously in Germany and upsets German public opinion , and that it goes back to the days of the Stasi,” the notorious East German secret police, Amb. Westmacott told me. “It is important that we bear in mind this is not posturing, these are real concerns.”

As genuinely upset as the Germans and others are over American espionage, however, their dismay at Russia’s actions is “in a separate category” altogether, Westmacott went on. “The German response, with the rest of us in Europe, is about outrage at what’s going on,” he said. “It’s about trying to ensure that this behavior is brought to an end. It is about, in the short term, trying to ensure that we get to the facts and deal with the humanitarian aspects of the bodies and victims [of the Flight MH17 shoot-down]. It is also, of course, about trying to ensure that in years to come Europe is not excessively dependent upon Russia,” e.g. for energy. 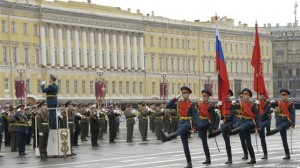 In the public Q&A session, Amb. Westmacott modestly played down the idea the UK might play a unique role as intermediary between their bellicose American cousins and their cautious continental neighbors. That said, he told the group at the Watergate, “we have played quite an important role, much of it behind the scenes, in trying to stiffen the backbone of our other European partners who weren’t quite sure that this was the right path.”

Nor is the UK applying this pressure on America’s behalf.  “When we are trying to persuade some of our European partners to be more robust in their response to Russian behavior in Eastern Ukraine, it is not simply because the White House has said to us, ‘please beat up on your European allies,'” Westmacott said. “It is actually because we think it is the right thing to do and the international community must make that stand.”

Europe is working with the US but “looking at what’s going on in Ukraine through the prism of its own interests,” Westmacott told me, not simply following party lines in some new Cold War.

So what next? “There are a number of levers that we have” to turn up the pressure on Russia, the ambassador told the group at the Watergate. “One of the consequences of the terrible event, the shooting down of the Malaysian Airlines aircraft, is that a number of European governments that which been a little wary of going down the sanctions route are going to be more robust.”

Tighter sanctions won’t just hurt Russia, however, especially if they rise to the controversial level of “sectoral” sanctions against, say, the Russian energy or arms industries. (The current approach targets specific individuals and companies). The famous City of London won’t be happy to stop lending money to Russian oil magnates, for example, nor the French shipyards to cancel the sale of two Mistral-class amphibious warships, nor anyone in Germany to pay more for Russian oil and natural gas.

Nevertheless, Westmacott said, “we’ve got to make this stand on this joint principle that you can’t allow the playground bully to carry on beating on other children.” 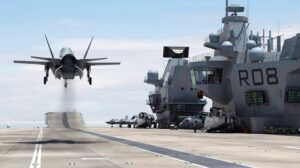 A computer-generated image of a Royal Navy F-35B taking off vertically from the new carrier HMS Queen Elizabeth.

As Westmacott also repeatedly mentioned, however, diplomacy is a thin reed without “credible” military power to back it up. That’s where European failure to meet NATO’s two percent target becomes a problem. “We need strong traditional militaries,” the ambassador said, as well as “a subtle array of alternatives,” from intelligence to cybersecurity to diplomacy. “It is not reasonable to continue to expect the United States to continue to bear more than its fair share of costs,” he said, but currently the US spends roughly three times as much as all the other NATO nations combined.

“It’s not just about what is the amount of money you spend, it’s what you do with it,” Westmacott added. “Are you willing to use the equipment you’ve got?….Is [it] the right stuff to deal with current and future threats?…. There are of course countries which spend quite a lot on defense but then don’t actually do anything with what they’ve got.” Those are all crucial questions for September’s NATO summit in Wales, he said.

For its part, the UK has committed to being able to deploy and sustain, indefinitely, a 10,000-strong force at intercontinental distances, including if need be in the Asia-Pacific, the Ambassador said. Central to that power-projection force are the two (enormously expensive) Queen Elizabeth-class aircraft carriers now under construction and their “state-of-the-art F-35s.” But what about the F-35 Joint Strike Fighter‘s chronic cost overruns, delays, and glitches, most recently the engine fire that grounded the entire fleet and caused the plane to miss its scheduled international debut at the Queen Elizabeth’s christening, the Royal International Air Tattoo, and the mammoth Farnborough International Airshow.

“We were obviously disappointed that we didn’t have the F-35s,” Westmacott said. “New products unfortunately have teething troubles, [but] we remain confident in the product, convinced that it’s what we need, proud of the partnership the UK has with the United States, pretty much as a prime contractor.” (In fact, the ambassador emphasized the importance of a “two-way street” in arms sales and joint ventures of all kinds between the US and Europe). When it comes to the F-35, he said, “we are absolutely not wavering our commitment to this enterprise.