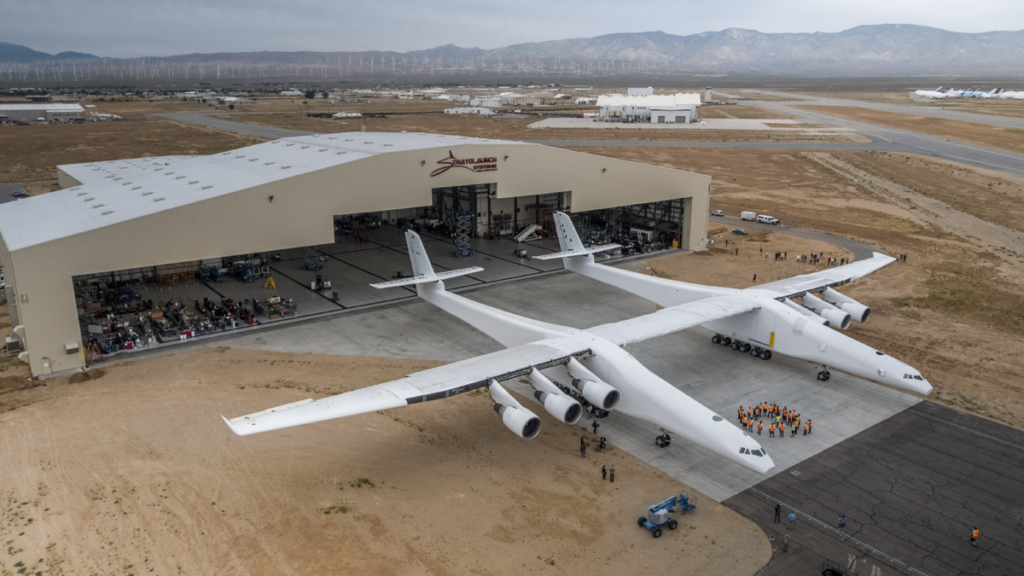 You may want to read the headline a few times just to make sure you’re not missing the point. Paul Allen, co-founder of Microsoft and another one of those billionaires who’ve gotten very excited about the space launch business, wants to fly a really huge plane — built of composites, powered by six 747 engines, and capable of moving 550,000 pounds over 2,000 nautical miles.

The gargantuan Stratolaunch Systems’ plane — with 28 wheels, a 385-foot wingspan and a weight of half-a-million pounds — will go up and launch Orbital ATK’s small Pegasus rockets to boost satellites of up to 1,000 pounds into Low Earth Orbit. Today marked the first time the plane rested on its wheels and starts the clock on ground testing and refueling. The first launch may happen in 2019.

Stratolaunch and Orbital ATK signed a contract last October for the Pegasus XL. We don’t how many  Orbital will supply. One is being built now and it typically takes two years to build a Pegasus once an order is placed. The company says its expects to be able to launch up to three Pegasus XLs in a single sortie. 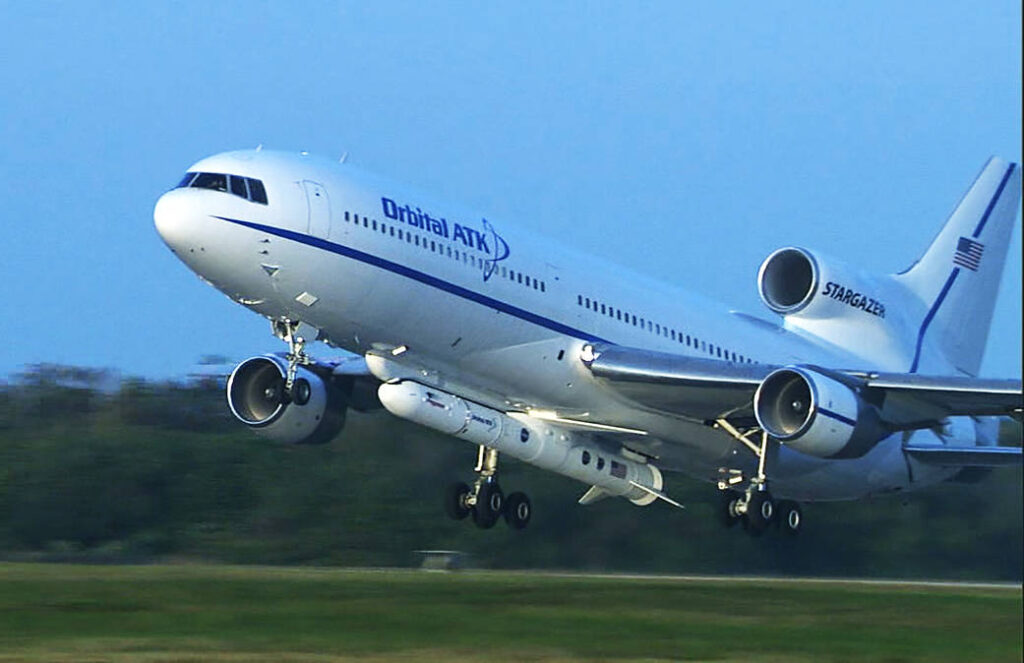 What’s really interesting about Allen’s approach is, in part, the way it’s morphed. Earlier, Orbital and his company, Stratolaunch Systems, worked together to offer an alternative to the medium launch market, preparing for a foray into the now-crowded EELV launch business, with Orbital to offer a boringly named “Air Launch Vehicle” to carry up to 10,000 pound satellites into orbit. That is no longer in play.

Perhaps after doing a deeper dive into the possible markets, Stratolaunch is now targeting the smaller birds, where possible business has exploded in the last three years. The Defense Department may become a significant customer if an increasingly vigorous push within the Air Force to actually make Operationally Responsive Space a thing attracts substantial numbers of missions and funding.

One of the intriguing parts of Allen’s approach is its promotion of the approach’s flexibility. A key restraint and often a cost driver for launchers is the impact of weather and other influences on launch ranges.

“Stratolaunch will take off from a runway, rather than a logistically vulnerable fixed range, which allows us to avoid hazards such as inclement weather, airborne traffic and heavy marine activity. Stratolaunch’s airborne launch platform significantly reduces the risk of costly delays or cancellations,” the company says on its website.

One tidbit that shows the close relationship between Allen’s company and Orbital is that fact that Stratolaunch System’s current CEO is Jean Floyd, who was the larger company’s vice president and general manager for its civil and defense division.