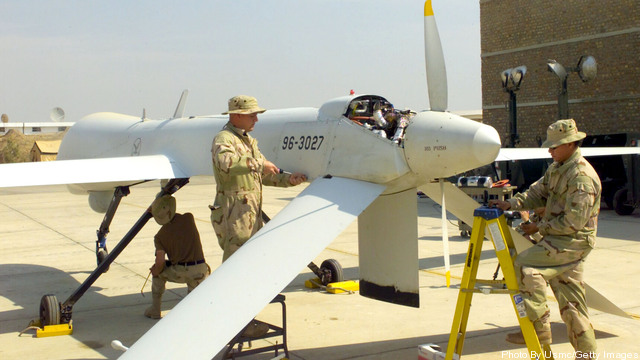 The Joint Staff looked at the last decade of operations in a report, “Enduring Lessons from the Past Decade of Operations,” that hit cyberspace this summer. I applaud the Joint Staff effort to assemble lessons from operations over the past decade. What will be key is for people to actually learn them.

There is much value in several sections of the report. In particular, creating an integrated and interdependent strategy for intelligence gathering; taking a “whole of government approach;” the importance of perception management as an element of security operations; and ways to better integrate coalition operations.

There are also glaring holes in the report. One of the fundamental problems is that it never attempts to evaluate the strategy underpinning our operations in Iraq and Afghanistan and whether it achieved any real strategic gain. If the Joint Staff is serious about learning lessons it ought to start with and confront first the key issue of strategy. The report fails to do it.

The number one lesson of the report should be that our military leadership needs to define and plan operations to the desired strategic end state before committing to conflict or transitioning to a new phase of conflict, as happened in both Iraq and Afghanistan. This deficiency of an effects-based approach to determining desired security outcomes based on critical US interests led to the longest war in U.S. history after our critical security objectives had been met.

After the early employment of force in both Iraq and Afghanistan to achieve critical national security objectives, mission-creep — and the “group think” of counter-insurgency (COIN) doctrine — captured Pentagon leadership (and the Joint Staff “Decade of War” report). This led to committing resources to what had then become contingencies of choice rather than of necessity. Our nation’s leadership would be much better served in the future if the Pentagon created a culture and environment that encourages innovative thinking instead of rewarding conformity and support toward the warfighting paradigm of the day.

At a broad level, here are a few observations:

The failure in both Iraq and Afghanistan to establish true joint organizational structures is given little treatment. More often than not, a “J” was put in front of an Army unit organization chart and it was treated as a “joint” organization. Jointness means that among our four services, a separately developed and highly specialized array of capabilities is provided through service or functional components to a joint force commander – his or her job is to assemble a plan from this menu of capabilities, applying the appropriate ones for the contingency at hand. Jointness does not mean that four separate services deploy to a fight and simply align under a single commander.

Jointness requires more than linking separate service components, but rather integrating the most applicable capabilities of each to the task at hand. The central idea of jointness is cross-domain synergy – the complementary, vice merely additive, employment of capabilities in different domains such that each enhances the effectiveness, and compensates for the vulnerabilities, of the others. Over the last decade the Department of Defense has moved farther away from Goldwater-Nichols than it has closer to it. It’s time to turn that vector around. It will be even more crucial as DoD faces ever-growing resource constraints in the future.

The nation needs an agile operational framework for the integrated employment of U.S. and — potentially — allied military power, as well as the broader application of all the elements of national power. It means shifting away from the industrial age structure of land, air or sea warfare to integrated effects-based operations based on intelligence, surveillance, reconnaissance (ISR), strike, maneuver and sustainment (logistics).

Other than a section related to special operations force integration with general-purpose forces, there is no mention in the report of some of the US asymmetric advantages that were truly game changing in both Iraq and Afghanistan. The biggest game changer was integration of persistent sensors on the ground, at sea, in the air and space with precise and lethal force application options in the form of remotely piloted and manned aircraft in airspace untouchable by our adversaries.

Where in the report is the observation that we have been disproportionately successful in eliminating our terrorist foes seeking sanctuary in Pakistan than we have been in turning a collection of tribes in Afghanistan into a modern Jeffersonian democracy?

With the measured application of modern airpower, in conjunction with a very small number of special operations and other government agency personnel on the ground acting as ISR sensors, partnering with the Afghan Northern Alliance, this joint combination achieved what the Northern Alliance had been unable to accomplish alone in five years – the removal of the Taliban regime.

This was one of three critical objectives directly affecting U.S. security — the other two being the installation of a regime in Afghanistan friendly to U.S. security interests, and elimination of the Al Qaeda terrorist training camps in Afghanistan. In a short three months these objectives were achieved. The trillion dollar question is why did we then pour in hundreds of thousands of ground forces over the next decade after these vital security objectives were achieved? This is not a question of only historical interest, but is meant to illustrate the importance of strategic thinking in the context of clearly defining U.S. security objectives, and then acting rapidly and effectively to achieve them.

Successful strategies seek to minimize our vulnerabilities, not compensate for them through up-armored Humvees and MRAPs, or increasing the number of boots on the ground. Poor strategies are forced to spend an inordinate amount of time and resources compensating for their shortfalls. As a result, the adversary retains the initiative and we remain reactive. They also unapologetically and violently exploit our advantages.

Large US presence undermines host nation legitimacy and is counter-productive (both in perception and attrition).

It may be true that failing and failed states are breeding grounds for extremism; but those imploding states probably aren’t going to be an existential threat to the US and at most will be regional sores. Yes, prevention should be an option but it does not necessitate a level of military involvement, and the nation building commitment we have expended in Afghanistan. Agility, flexibility, initiative, and surprise are key to hunting terrorists – occupation constrains each of the above.

“Long War” is not in our national interest and can be viewed as a self-induced cost imposition strategy that we will lose on the expense ledger sheet. We should compel our adversary to spend his will and resources at a greater rate than our own expenditure, not embrace a strategy that depletes our own.

In sum, one of the key sets of lessons not articulated in the report is: to project asymmetric, agile, effective power with surprise and initiative while minimizing vulnerability. Hmmm, sounds a lot like airpower — not mentioned once in the “Joint” Staff report. Might there be a lesson here?

David Deptula, a member of the Breaking Defense Board of Contributors, was the Air Force’s first deputy chief of staff for intelligence, surveillance and reconnaissance. He retired two years ago, was CEO of Mav6 and now heads his own consulting firm, the Deptula Group.