More Than Joint: The Aussies Forge A Way Ahead 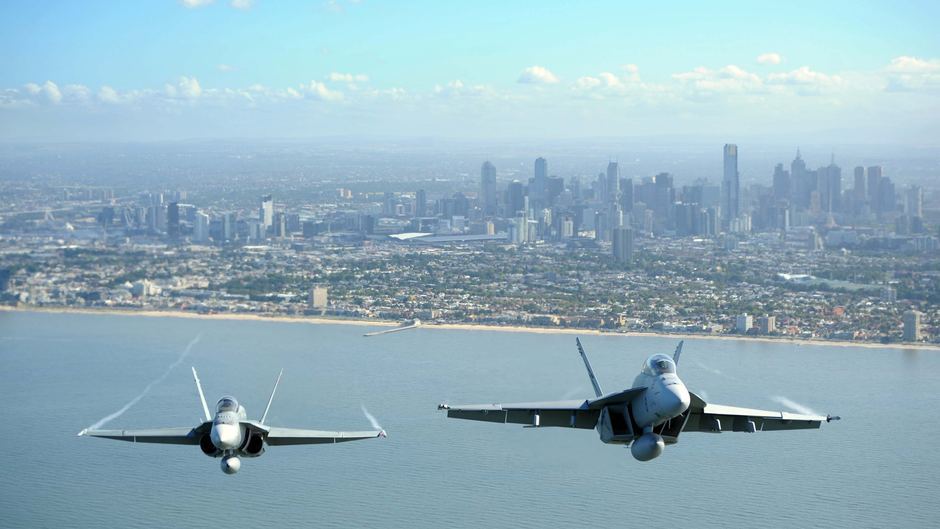 Australian Air Marshal Leo Davies highlighted the “institutional interoperability which the Royal Australian Air Force was shaping with its closest allies, and notably with the US Air Force and the US Navy during his recent visit to the US. The Aussies are not simply camp followers – they are shaping a way ahead an integrated force, rather than staying at the service platform level.

When Davies introduced the new RAAF strategy at the Avalon Air Show earlier this year, he highlighted the service’s way ahead: 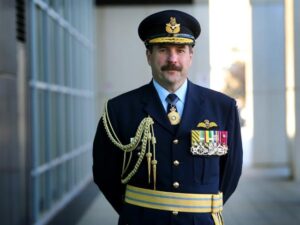 “I don’t believe we, as an Air Force, understand how joint we need to be. We have come a long way – we talk a lot about joint, but I am not sure we are culturally able to shift from doing Air Force stuff first. I would like the Air Force in a joint context to begin to put the joint effect before our own Air Force requirements.”

When I interviewed him recently in his Canberra office, Davies underscored that the RAAF and the other services were adding new platforms as part of force modernization.  But adding a new platform, even a key one like the F-35 was not enough to generate force transformation.

“It has to be realistic but in a sense the reality we are looking at is not just the Air Force as it has fought in the past and present, but the Air Force as it vectors towards the future fight. If you don’t do this you will be only discussing and debating platforms in the historical combat space,” he said. “And when we come to new platform decisions, we are positioning ourselves to ask the right question of the services: How does a particular platform fit how we will need to fight in 10 year’s time? Is the Navy or the Army or the Air Force entitled to that particular capability choice if it doesn’t fit that criteria?”

There are a number of key factors or reasons why getting a better strategic grip on the evolution of the force from a joint perspective is essential. First, given the shift to high intensity operations the need to maximize one’s combat effect compared to the adversary is essential.  A connected force can provide an advantage but only if it is synergistic and survivable; otherwise it is vulnerable and can generate fratricide rather than destruction of the adversary’s forces.

Second, the core enablers of combat power, such as C2 and ISR, are being dispersed throughout the services. Creating a tower of Babel is not the outcome you want to have.

Third, a number of the new platforms being acquired are software upgradeable. It is desirable to be able to be able to manage tradeoffs among these platforms in terms of investments to get the best impact on the joint force. It is also the case that getting the kind of transient advantage one wants from the software  requires agility of the sort that will come with applications on top of middleware on top of an open architecture system.

Fourth, much of the forc

e is already here. This means that there will be considerable adaptation of the platforms towards greater joint effect. How to ensure that the legacy modernization programs provide effective joint effects, rather than simply stovepiped upgrades?

Fifth, the information and communication systems, which are the enablers for the joint force, are dynamic elements subject to market change and adversary disruptions. How to best develop IT and Coms packages which can support cross-cutting modernization and evolving force integration?

Sixth, to get the kind of cross-cutting modernization one needs with an evolving 21st century force, how can the acquisition system be altered? How to move from a platform linear project approach to a broader program approach which allows trade offs to be made with regard to platforms within a capability stream?

Seventh, the only way there will be the ongoing rapid transformation of the force will be shaping an effective industrial-military partnership where there is shared understanding and shared risk to achieve outcomes which are more targets than well-defined platforms. How can this be achieved?

There are just some of the core questions. But the core point is that raising questions, which drive you towards where the force needs to go, is the challenge. This is not about generating studies and briefing charts which provide visuals of what a connected force might look like. It is about creating the institutional structure whereby trust among the services and between government and industry is high enough that risks can be managed while creative destruction of legacy approaches is open ended as well.

It is about empowering a network of 21st century warriors and let the learning cycle being generated by this network drive acquisition, modernization and operational concepts. It is about innovations within concepts of operations generated by the network to flow up into strategic change.

Rather than pursuing after market integration or simply connecting stove piped service platforms after the fact with a bolt on network, how might integration be built from the ground up?

The approach being taken is not theological or an application of set of propositions or laws written down in a guidebook. The approach is to work greater integrative processes within and among the services, and to highlight the need to pose hypotheses along the way concerning how greater integration is achievable where appropriate and ways to achieve more effective outcomes for the development of the force.

It is a quest, which is being shaped by realigning organizations, and trying to build from the ground up among the junior officers a willingness to shape interconnectivity from the ground up. With regard to organizations, the Vice Chief of the Defence Staff, Vice Adm. Ray Griggs is in charge of much of the force structure redesign. There is a Force Design office headed by Air Vice Marshal Mel Hupfeld and the Joint Capability and Management and Integration Office headed by Rear Adm. Peter Quinn, all of which are  direct reports to the Vice Chief.

In a recent presentation, Griggs underscored that “we are seeing real changes in culture and behavior across defense.” In part this is due to the fact that the warfighting domains are blending and becoming highly interactive with one another.

He opined that as we returned to a more congested and contested environment the five war fighting domains are becoming increasingly blurred. Effective integration then is critical to gain superiority in 21st century warfighting. He argued for an integrated strategic direction but flexibility in shaping operating concepts:  “We need central orchestration of the effort rather than a top down dictat.”

Griggs also highlighted the need to shape a continuous capability review cycle within which to manage ongoing modernization, new acquisitions and effective management of trade offs in budget terms. He chairs the investment committee where the principals met to make strategic decisions on investments. Obviously, control of the purse strings is crucial to make suggestions turn into recommendations with clout for force structure development.

Shaping a way to conduct the quest is very difficult; but the Australian Defence Force is clearly been empowered to do so by its government.

Such a quest inevitably will fail and succeed along the way; but without setting this objective from the ground up, it will be difficult to change the operating concepts and the then the concepts of operations, which can drive the transformation of the force.

The United States may have the Joint Force Quarterly publication; the ADF actually has a transformation process underway. They are following the Nike model: Just do it!

Even when the Aussies are adopting out own platforms, they are doing so in a very different context in which force integration is a strategic goal, rather than the pursuit of service modernization. In effect, the Aussies are providing the experimental model, which can be quite relevant to others, including the United States. 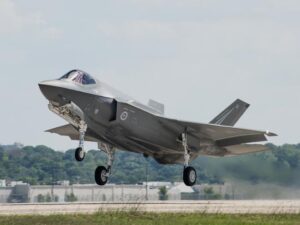 In short, the Aussies are taking the new platforms and systems and working to bend these towards a more integrated force. And being Aussies they will not lie to you and argue that this easy or not contentious.  But it is the way the technology and the warfighting capabilities are pointing; but remaining within service islands will not get you there, something the United States will continue to learn until it leverages the new platforms more effectively to shaping greater warfighting capabilities from the new platforms it is introducing, developing and innovating with largely on a service level.

In the mid 1990s when I worked at the Institute for Defense Analyses, I worked with the Roles and Missions Commission. One of the key tasks, which Congress had tasked the commission to pursue, was to determine what the United States might learn from allies. We worked hard on our white paper but when we delivered it to the commission we were told by a very senior member: “Good work; but why did you really examine the question? We are so much bigger than any of our allies, there is very little we could learn from them or apply to our own practices!”

Unfortunately, not much has changed in the attitude of many American defense civilians. However, few leaders in the US military share such views, as allies and the US adopt some of the same key platforms at the same time, like the P-8, Triton, and the F-35, while some allies operate more equipment more advanced than the US itself.