Much ‘Political Warfare’ In Our Future 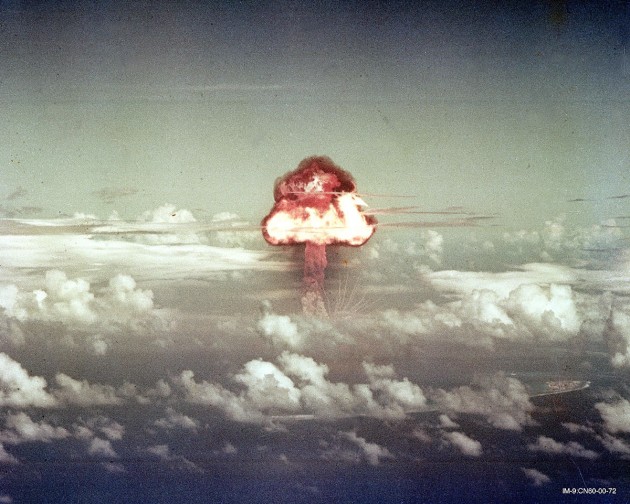 Our partnership with the Center for Strategic and International Studies resumes with this piece by Seth Jones, part of a CSIS series on the National Defense Strategy, Nuclear Posture Review and the Missile Defense Review.

As our intrepid readers would know, Deputy Defense Secretary Pat Shanahan, Deputy Energy Secretary Dan Brouillette and Undersecretary of State for Political Affairs Thomas A. Shannon Jr. unveil the nuclear review today at 2:30, although a nearly final draft has already been leaked.

Jones argues the incredibly high costs of either conventional or nuclear war will mean much lower level conflict, especially political warfare. Read on! The Editor.

The Trump administration’s National Security Strategy and National Defense Strategy outline a shift from counterterrorism to inter-state competition with China, Russia, Iran, and North Korea. However, U.S. policymakers need to be prepared for much of this competition to occur at the unconventional level, since the costs of conventional and nuclear war would likely be catastrophic.

U.S. strategy is evolving from a post-9/11 focus on counterterrorism against groups like al Qaeda and the Islamic State to competition between state adversaries. As the National Defense Strategy notes, “Inter-state strategic competition, not terrorism, is now the primary concern in U.S. national security.”[1] This shift has significant implications for the U.S. military, since it indicates a need to improve U.S. capabilities to fight—and win—possible wars against China, Russia, Iran, and North Korea if deterrence fails.

Though it is prudent to prepare for conventional—and even nuclear—war, the risks of conflict are likely to be staggering. Numerous war games and analyses of U.S. conflicts with Russia in the Baltics, China in the Taiwan Strait and South China Sea, and North Korea on the Korean peninsula suggest the possibility of at least tens of thousands of dead and billions of dollars in economic damages. In addition, these conflicts could escalate to nuclear war, which might raise the number of dead to hundreds of thousands or even millions.

According to one analysis, for example, a U.S. war with China could reduce China’s Gross Domestic Product (GDP) by between 25 and 35 percent, and the United States’ GDP by between 5 and 10 percent. The study also assessed that both countries could suffer substantial military losses to bases, air forces, surface naval forces, and submarines; significant political upheaval at home and abroad; and huge numbers of civilian deaths.[2] 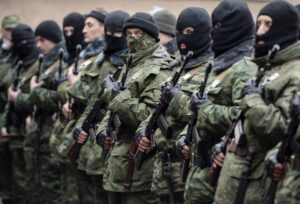 These costs and risks will likely give Washington, Moscow, Beijing, Tehran — and even Pyongyang — pause, raising several questions. Will these high costs deter the possibility of conventional and nuclear war? If so, what are the implications for the United States as it plans for a rise in inter-state competition?

The Cold War offers a useful historical lens. NATO planners prepared for a possible Soviet and Warsaw Pact invasion of Western Europe. The U.S. military, for example, deployed forces to the Fulda Gap, roughly 60 miles outside of Frankfurt, Germany, as one of several likely invasion routes by Soviet and other Warsaw Pact forces. NATO also planned for nuclear war. The United States built up its nuclear arsenal and adopted strategies like Mutually Assured Destruction (MAD). The concept of MAD assumed that a full-scale use of nuclear weapons by two or more opposing sides would result in the annihilation of both the attacker and the defender.

The threat of such heavy costs deterred conflict, despite some close calls. During the 1962 Cuban Missile Crisis, the two superpowers nearly went to war after a U.S. U-2 aircraft took pictures of Soviet medium-range and intermediate-range ballistic nuclear missiles (MRBMs and IRBMs) under construction in Cuba. But Washington and Moscow ultimately assessed that direct conflict was too costly. Deterrence held.

Instead, the United States and Soviet Union engaged in intense security competition at the unconventional level across Latin America, Africa, Asia, and Europe. Both countries backed substate groups and states to expand their power and influence. Under the Reagan Doctrine, for example, the United States provided overt and covert assistance to anticommunist governments and resistance movements to roll back communist supporters.

The Soviets did the same and supported states and substate actors across the globe. In addition, the Soviets adopted an aggressive, unconventional approach best captured in the phrase “active measures” or aktivnyye meropriatia. As used by the KGB, active measures included a wide range of activities designed to influence populations across the globe. The KGB established front groups, covertly broadcast radio and other programs, orchestrated disinformation campaigns, and conducted targeted assassinations. The Soviets used active measures as an offensive instrument of Soviet foreign policy to extend Moscow’s influence and power throughout the world, including in Europe.

Unlike the Cold War, the United States confronts multiple state adversaries today—not one. As the National Defense Strategy argues, the United States is situated in “a security environment more complex and volatile than any we have experienced in recent memory” where “the central challenges to U.S. prosperity and security is the reemergence of long-term, strategic competition by what the National Security Strategy classifies as revisionist powers.”

Given the likely costs and risks of conventional and nuclear war with China, Russia, Iran, and North Korea, much of the competition will likely be unconventional—and include what former U.S. State Department diplomat George Kennan referred to as “political warfare.” The term political warfare refers to the employment of military, intelligence, diplomatic, financial, and other means — short of conventional war — to achieve national objectives. It can include overt operations like public broadcasting and covert operations like psychological warfare and support to underground resistance groups.[3]

The United States’ adversaries today are already engaged in political warfare. Russia, for instance, utilizes a range of means to pursue its interests, such as technologically sophisticated offensive cyber programs, covert action and psychological operations. Moscow has conducted overt operations like the use of RT and Sputnik, as well as semitransparent and covert efforts.

It has also become increasingly active in supporting state and substate actors in countries like Ukraine, Syria, Afghanistan, and Libya to expand its influence in the Middle East, Asia, Europe, and even North Africa. Finally, Russia is attempting to exploit European and transatlantic fissures and support populist movements to undermine European Union and NATO cohesion, thwart economic sanctions, justify or obscure Russian actions, and weaken the attraction of Western institutions for countries on Russia’s periphery.

In the South China Sea, China is pouring millions of tons of sand and concrete onto reefs, creating artificial islands. It is also conducting a sophisticated propaganda campaign, utilizing economic coercion and using fleets of fishing vessels to solidify its assertion of territorial and resource rights throughout the Pacific. Finally, Beijing is targeting the U.S. government, its allies, and U.S. companies as part of a cyber-espionage campaign.

With political warfare already alive and well with the United States’ state adversaries, there are several implications for U.S. defense strategy.

First, U.S. policymakers need to be prepared for significant inter-state competition to occur at the unconventional level, since the costs and risks of conventional and nuclear war may be prohibitively high. This should involve thinking through trade-offs regarding force posture, procurement, acquisition, and modernization. A U.S. military that predominantly focuses on preparing for conventional or nuclear war with state competitors—by modernizing the nuclear triad, building more resilient space capabilities, acquiring more effective counter-space systems, equipping U.S. forces with high-technology weapons, and emphasizing professional military education (PME) to fight conventional wars—may undermine U.S. unconventional readiness and capabilities.

Second, even organizations that already engage in some types of political warfare—such as U.S. Special Operations Command and the U.S. intelligence community—will need to continue shifting some of their focus from counterterrorism to political warfare against state adversaries. This might include, for example, providing more aid to the Baltic States to conduct an effective resistance campaign against unconventional action by Moscow. Or it might involve aiding proxies in countries like Syria and Yemen to counter Iranian-backed organizations. It could also include improving the border security capabilities and effectiveness of Ukrainian military and police units against Russian-backed rebels.

Third, the United States should invest in resources and capabilities that allow the military and other U.S. government agencies to more effectively engage in political warfare—and to provide agencies with sufficient authorities to conduct political warfare. One example is improving capabilities to conduct aggressive, offensive cyber operations. Other examples might include advanced electronic attack capabilities, psychological warfare units, security force assistance brigades, and precision munitions.

Recognizing that other powers routinely conduct political warfare, George Kennan encouraged U.S. leaders to disabuse themselves of the “handicap” of the “concept of a basic difference between peace and war” and to wake up to “the realities of international relations—the perpetual rhythm of struggle, in and out of war.” Kennan’s advice may be even more relevant today in such a competitive world.