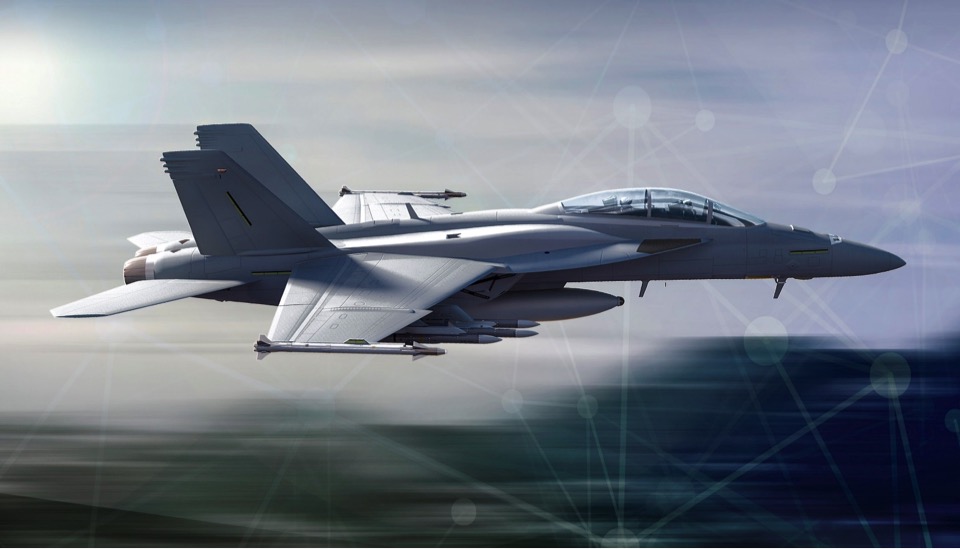 ARLINGTON: The Navy is upgrading its Super Hornet fighters with new sensors and networks so they can collaborate in combat with the F-35. Over the 2019-2024 budget plan, the service plans to pay Boeing to build 116 new Block III Super Hornets and convert many of its nearly 500 existing Super Hornets to Block II standard.

Once touted by President Trump himself as an alternative to the F-35, the souped-up Super Hornet is now firmly established as its partner. Here’s how that partnership might work in wartime, as depicted by Navy and Boeing officials in briefings for the press this morning. 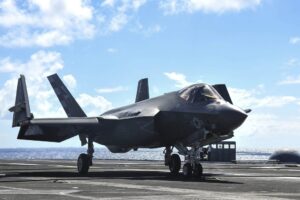 First, stealthy F-35Cs scout ahead into hostile airspace and spot enemy stealth fighters in flight. They report over the Link-16 network back to an E-2D Hawkeye command plane circling far in the rear, out of range of enemy anti-aircraft fire, and under the protection of EA-18G Growler radar-jamming planes. The E-2D transmits the data over the higher-bandwidth TTNT network to F/A-18 Super Hornets, red icons popping up on the Block III’s improved cockpit displays.

While the hostiles are hard to pinpoint on radar, many Block III Hornets have advanced Infra-Red Search & Track sensors that can pick up their engine heat. Two ISRT-equipped Hornets intercept from different angles to triangulate their targets precisely, sharing data over TTNT, then open fire.

With every hardpoint under their wings available for weapons — the Hornets carry extra fuel in conformal tanks along the fuselage instead of traditional drop tanks, and they don’t need to worry about stealth — the Hornets can unleash a deadly barrage, firing eight air-to-air missiles each. The enemy air raid is annihilated.

Based on the tremendous cost and cost overruns of the Lockheed Martin F-35, I have asked Boeing to price-out a comparable F-18 Super Hornet!

From Competitor to Complement

The partnership between the two planes is a far cry from President Trump’s tweet suggesting the Pentagon replace the F-35 with “a comparable F-18 Super Hornet!” or Boeing’s own past pitch to substitute Super Hornets for F-35s. Many Navy leaders had been ambivalent about the F-35, but last year the service resolved that the two planes were “complementary.” 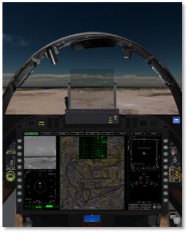 It’s not just a change in tone: The Super Hornet variants on offer are physically different. When Boeing saw itself in direction competition with the stealthy F-35, it flight-tested an experimental Advanced Super Hornet advertised as 50 percent stealthier than the Navy’s current model. What the Navy’s actually buying from Boeing, however, is the Super Hornet Block III, whose radar cross section is only 10 percent less.

“The Navy’s Carrier Air Wing doesn’t need us to be at F-35 levels of stealth; they have that in the F-35,” Boeing program manager Dan Gillian told reporters. “They’ve asked us to improve our radar cross section a little bit — which is what we’re doing here — and they need us to carry large amounts of ordnance far forward.”

Instead of stealth, Boeing is now touting other features of the Super Hornet. That includes the large number of weapons it carries under the wings, which incidentally make it much less stealthy. Stealth requires smooth, unbroken curves, which is why the F-35 has internal weapons bays, but internal capacity is less than under-wing. That’s why the Navy sees a symbiotic relationship where the stealthy F-35 scouts ahead and finds targets for the less stealthy but more heavily armed Super Hornets. 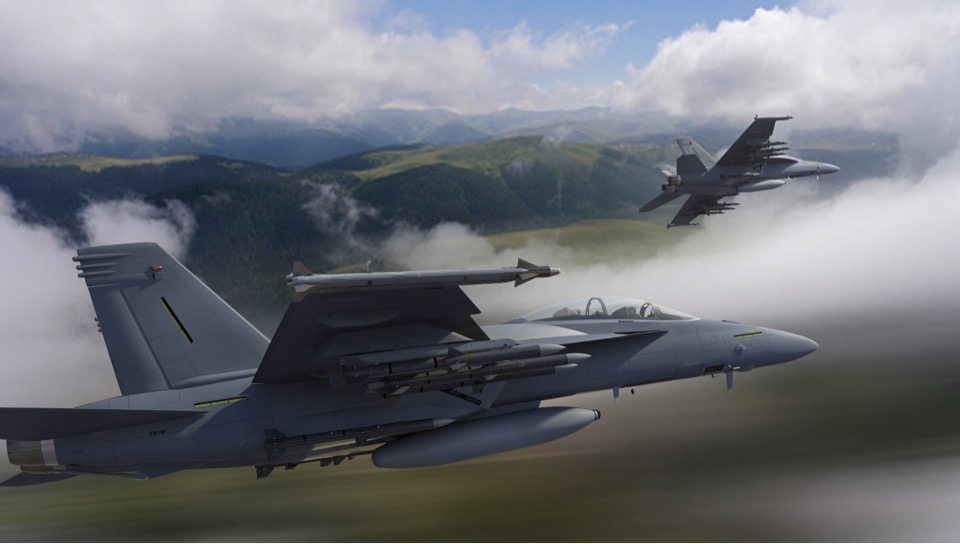 Block III Super Hornets showing the heavy load of munitions under the wings.

To make this symbiosis work, the Super Hornet needs new electronics, which are one of the most prominent features of the Block III model. Upgrading to Block III adds

What’s the timeline to deliver all this?

Or things could move faster, the Navy’s program manager said. “I’m under a lot of pressure to pull everything left,” Capt. David Kindley told reporters, “so I would imagine that you’re going to see this technology coming out maybe even a few years earlier.”