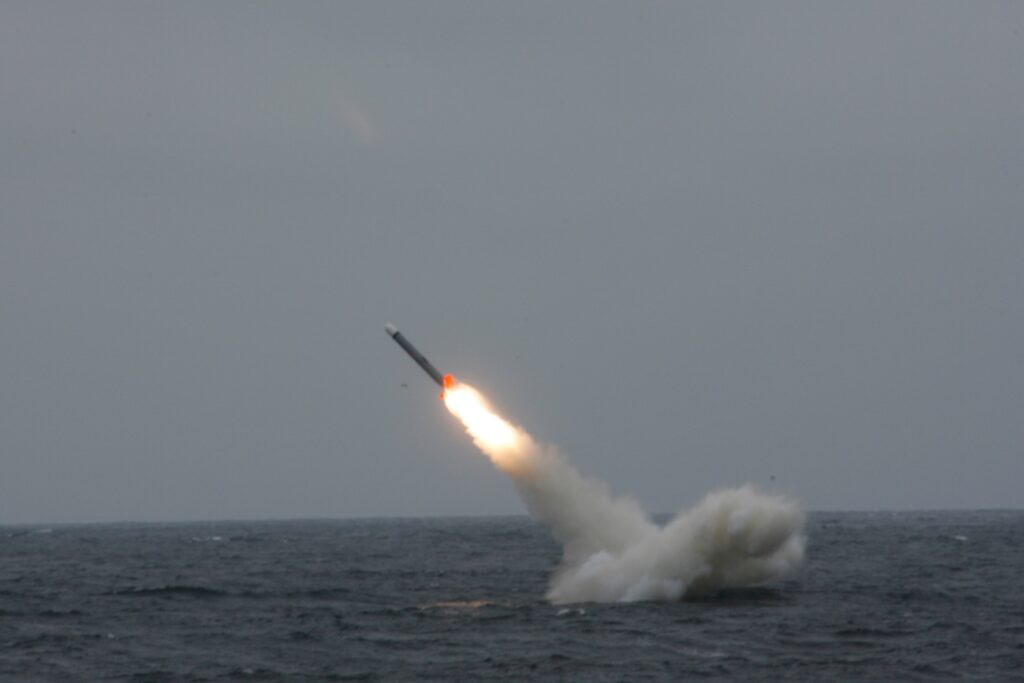 PENTAGON The Navy is refitting its decades-old China Lake weapons testing and research site in the Mojave Desert to begin hosting hypersonic weapons testing from a variety of platforms, including undersea launchers.

A notice posted on a government contracting Website Tuesday night offered the first concrete evidence that the Pentagon is moving ahead on ambitious plans to develop a variety of weapons that can streak through the atmosphere and strike any target on the globe within an hour. The program, dubbed Conventional Prompt Strike, is a Pentagon-wide effort the Navy is taking a central role in developing, though no firm dates on the start of testing have been offered.

Part of the work being announced at China Lake fits into this plan, as there is a call for “conceptual design and operation” of an Underwater Test complex “which will include estimated costs, technology maturity and estimates on build schedules.”

The Navy had not responded by publication to questions from Breaking Defense about the overall cost and schedule of the work at China Lake and whether it will become the primary nerve center for the Pentagon’s efforts.

Overall, the Navy plans to collect data gathered at both test sites to “aide in the conceptual design of a new weapons system, through qualification of hardware, various components and systems,” but “also provide risk mitigation for the testing of the new weapons system on a ship, submarine, aircraft, and land to achieve the hypersonic capability as directed by the Office of the Secretary of Defense.”

The Pentagon’s 2019 budget called for increased funding for a cornerstone key hypersonics program from $201 million in 2018 to $278 million in 2019, with around $2 billion in a variety of programs. The fiscal 2020 budget is due some time next month.

Developing hypersonic weapons is the Pentagon’s “highest technical priority” undersecretary of Defense for research and engineering Michael Griffin has said.

“In the last year, China has tested more hypersonics weapons than we have in a decade,” Griffin said last month. “We’ve got to fix that — hypersonics is a game changer.”

The solicitation calls for contractors to offer potential cost and scope of work estimates to improve and redesign the Launch Test Complex at China Lake, which is to be renamed the Air Launch Test complex. Work includes “site re-activation, test and evaluation, support to enable fielding or deployment, as well as upgrade, design and fabricate” a number of systems. They Include a Test Payload Tube, Launch Test Stand, Launch Test Vehicles, Advanced Payload Module and a simulator. Whichever company wins the bid “will provide the air launch testing/capability to support the [Conventional Prompt Strike] program.” 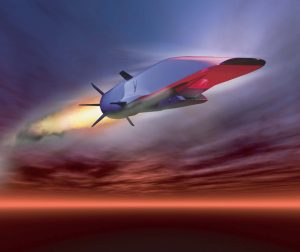 The X-51A Waverider, powered by a Pratt Whitney Rocketdyne SJY61 engine, it is designed to accelerate to about Mach 6.

While the Navy is building things in the desert, the Air Force and Army are working in hypersonics. Last April, the Air Force awarded Lockheed Martin a $928 million contract for a hypersonic cruise missile to cover the “design, development, engineering, systems integration, test, logistics planning, and aircraft integration support of all the elements of a hypersonic, conventional, air-launched, stand-off weapon,” the service said at the time.

The Army is also developing its blandly-monikered Alternate Re-Entry System, which is actually a maneuverable warhead that could end up on Mach 5-plus missiles fired from Air Force bombers and Navy vessels, as well as Army launchers on land.

“We each have pieces of programs,” Air Force Secretary Heather Wilson told a Washington Post forum late last year. “The Army’s warhead had worked much better than the Air Force’s….So we’re going to take the Army warhead, put it on an Air Force booster, launch it off of a B-52, while the Army is developing on the ground and the Navy wants to put it on the deck of a ship.” 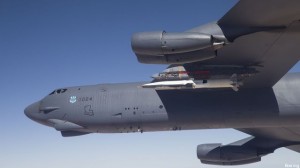 Navy Vice Adm. Johnny Wolfe, head of the service’s Strategic Systems Programs office, told a Naval Submarine League symposium in November that the Pentagon had forged an agreement with the Navy to develop a new hypersonic capability.

“We have a program, we are funded, and we’re moving forward with that capability…whether it be from submarines or from surface ships,” Wolfe said.

The jury is still out on whether hypersonic missiles can be launched from submarines, and what modifications would have to be made to the missiles and surface ships to give them a sea-based capability. But according to the solicitation, the Navy is intent on finding out.

The Pentagon is, as well. Military and civilian leaders have issued a steady stream of warnings over the past two years over the growing imbalance between US investments and those being made by Russia and China in hypersonics. The newly-released Missile Defense Review, while thin on details and vague about both the threat and efforts to counter hypersonic glide vehicles, calls for a Space Sensor Layer as a necessary countermeasure.

In October 2017, the Navy tested its first version of a hypersonic boost-glide missile in Hawaii, which it plans on tweaking to make it capable of being launched from an Ohio-class submarine tube.