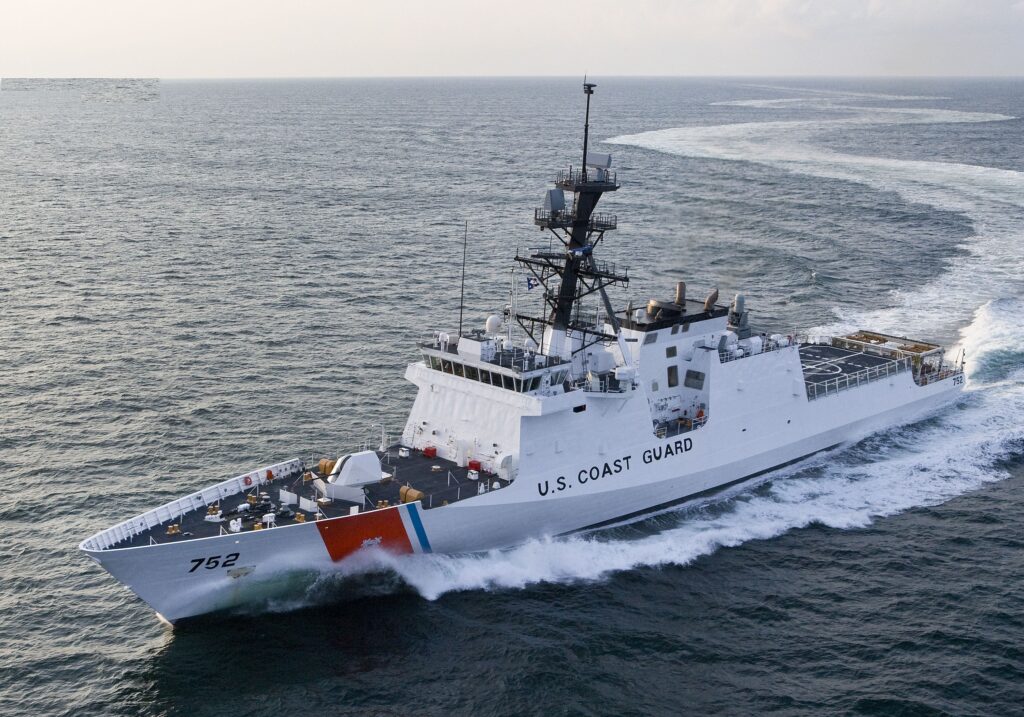 WASHINGTON: The Navy League of the United States just issued a withering denunciation of President Trump‘s proposed $1.3 billion cut to the Coast Guard.

Trump’s 2018 budget plan has already come under fire from both sides. Democrats reject it for cutting domestic spending too much. Pro-military Republicans reject it for raising defense too little. The Republican chairman of the House Armed Services Committee, Rep. Mac Thornberry, made clear to reporters that he considered the Trump plan dead on arrival and said of the Coast Guard: “I don’t think those sorts of cuts will happen.” (His Senate counterpart, Sen. John McCain, hasn’t spoken out on the Coast Guard cuts so far).

Now taking on Trump over the Coast Guard is one of the oldest advocacy groups in the country, founded in 1902 on the urging of President Teddy Roosevelt: the Navy League. Despite its name, the League also advocates for the Coast Guard, the Marine Corps, and the civilian Merchant Marine, so its current position isn’t unexpected. But the specifics the League cites are worth a look:

A single National Security Cutter, of the type Trump plans to cancel, “conducted 12 drug interdictions, confiscated more than 33,000 pounds of cocaine and detained 32 suspected smugglers in a single month,” Witunski said. In fact, drug war commanders have said for years they get intelligence on far more narcotics traffickers than they have ships and aircraft to intercept. Budget cuts to the Coast Guard directly translate into more drugs on the streets.

“The Coast Guard also provides the strongest American presence in the Arctic, against a backdrop of increasing Russian aggression in the region,” Witunski said. The Coast Guard is currently down to just two icebreakers, but the Obama Administration added funding for a new heavy ice breaker, and the service just awarded contracts to study potential designs on Feb. 22. That project too may be in jeopardy.

“With only 42,000 service members and a budget of $9.1 billion, it is already the leanest service, doing far more to safeguard our security than its size would suggest,” Witunski said. “This type of cut, which would drastically shrink the force as units are decommissioned, demonstrates an astonishing lack of gratitude and appreciation for the sacrifice borne by servicemen and women and their families.”

“President Trump made inspiring promises to strengthen our military,” Witunski said. “The Coast Guard, a military branch” — despite being outside the Defense Department — “does not deserve to have those promises broken.”