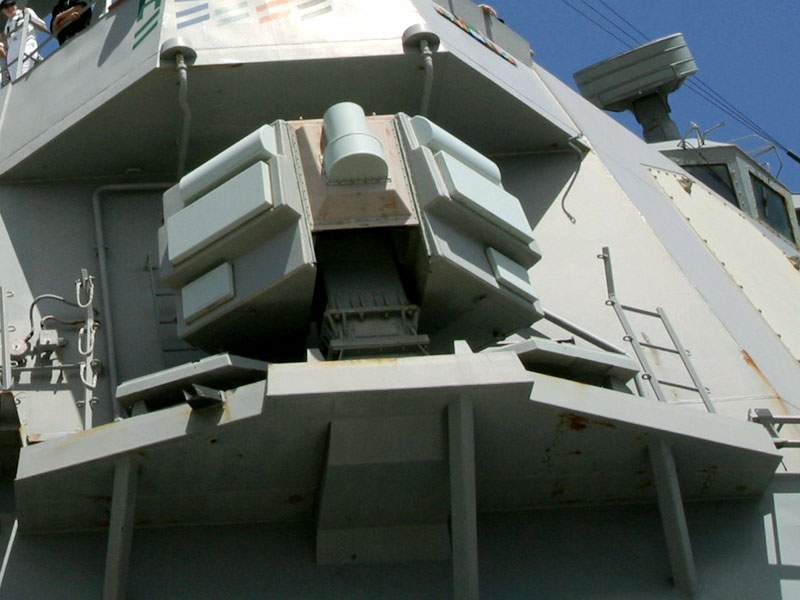 While design reviews remain to be done for other parts of SEWIP Block 3 — power, cooling and so on — all those components exist to serve the Electronic Attack Subsystem that just passed CDR. It’s this subsystem that causes enemy missiles to go off-target and splash harmlessly into the water instead of slamming unto a US Navy ship at hundreds of miles per hour and then exploding. The previous SEWIP blocks upgraded the controls and sensors of 1970s-vintage electronic warfare systems, but it’s Block III that can actually stop an inbound missile.

In contrast to traditional systems designed to operate in a narrow range of frequencies against known threats, “SEWIP Block 3 brings active electronic attack across a wider frequency range…with digital processing that will facilitate new ‘intelligent’ EW processing that will enable the system to react to signals it has never seen before,” said retired Navy commander Bryan Clark, now with the Center for Strategic and Budgetary Assessments. “SEWIP Block 3’s AESA array enables it to be a passive sensor, communication array, or a radar,” he added. “It could also confuse or obscure aircraft and ship radars” as part of the Navy’s new “electromagnetic maneuver warfare” concept.

This sense of urgency is understandable given the proliferation of sophisticated anti-ship missiles around the world, not just in Russia and China but even to non-state actors such as Hezbollah. The Lebanese militia crippled the Israeli corvette Hanit in 2006 with an Iranian-made knockoff of a Chinese weapon. Notably, the overconfident Israelis had reportedly turned their electronic warfare system off to avoid interference with friendly aircraft.

In the future, electronic warfare will only become a more important part of ships’ defenses, retired Navy commander Bryan Clark has said in our pages and elsewhere many times. Traditionally, ships try to shoot down incoming missiles with their own interceptor missiles at the longest possible range, Clark says, but long-range interceptors are expensive and bulky, and ships can’t carry enough — nor can the Navy afford enough — to fend off a Chinese or Russian-style mass salvo. That puts a premium on “non-kinetic” systems that can keep shooting as long as they have electrical power, like the Navy’s prototype laser or the SEWIP Block 3 jammer.