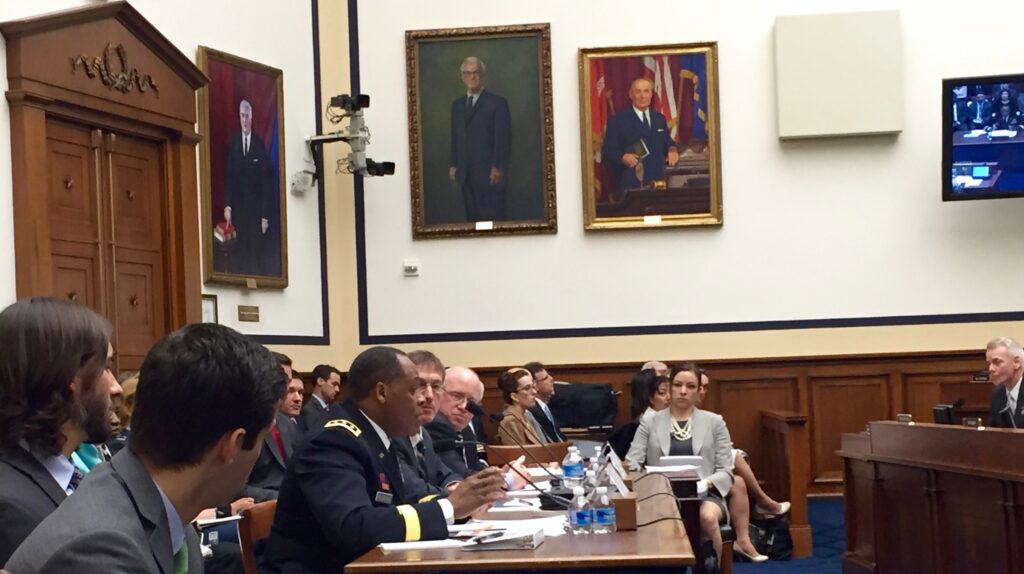 CAPITOL HILL: The Navy’s 2017 budget will include a new authority similar to the Air Force’s Rapid Capability Office to improve the speed with which it can deploy new capabilities, especially classified ones, the head of Navy acquisition told the House Armed Services Committee today.

“There will be something that closely mirrors the Air Force RCO dgoing forward for unique missions, especially in the black world,” Sean Stackley, the most senior of the Obama administration’s three service acquisition executives, told Rep. Randy Forbes, head of the HASC seapower subcommittee.

The RCO led the way for the Air Force on the Long Range Strike Bomber and developed the X-37B and has done a wide array of work on classified technologies.

Stackley provided no details, but he and his colleagues from he Air Force and Army made it clear tthey hope more broadly for more authority to spend money with fewer legal requirements at the earliest stages of a program.

Opinion on the committee was split with most Republicans and some Democrats appearing supportive of the idea. The top Democrat. Rep Adam Smith, said he wanted to see more programs started without recourse to establishing a program of record. Smith asked the three witnesses if it was possible for the Pentagon to “reduce programs that require a program of record.”

He was broadly echoed by the committee chairman, Rep. Mac Thornberry, who said he wants to “thin out the bureaucracy so decisions can be made faster and allow people to make mistakes.” He agreed with the witnesses that prototyping is “key” to such efforts.

But Democrat Loretta Sanchez made clear late in the hearing that she did not like the idea of making things easier for the military. She opposed “more relaxation.” Instead, Sanchez said, “I think we need to have more oversight. I think we need to tighten down in a tough budgetary environment and make real choices.”

She pointed in particular to the classified world, where oversight is often much looser and special authorities are often granted to get capabilities built as quickly as possible: “When I look at the classified arena, we have a lot of failures so I’m not sure we want to do that.”

Stackley replied that “we are not asking for more money.” Instead, he said the Pentagon wants “more authority to do experimenting and prototyping before” investing taxpayer dollars

A congressional aide was skeptical of Stacey’s rationale. The aide said that the military clearly was angling for lighter control on spending and that it was not warranted.

This all comes as Congress recently passed perhaps the most sweeping acquisition changes in 20 years in the 2016 National Defense Authorization Act.