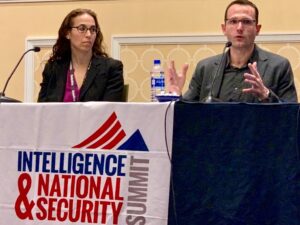 NATIONAL HARBOR: A key capability the Defense Department has relied on since the late Andy Marshall invented it — Net Assessment — is coming to the Intelligence Community.

But wait, you say. Doesn’t the National Intelligence Council do long range strategic analysis? Well, not nearly as far out as Net Assessment does, which is 20 to 30 years, looking for mega-trends that the United States should respond to before they become problems that need solving.

I asked Corin why the IC, which many would think does this sort of long-term analysis for a living, needs this new entity — the Office of IC net Assessment — and she cited that timeline. A great deal of what the IC does is geared to providing tactical and diplomatic intelligence, which is by its nature usually of fleeting value. The NIC has provided impressive medium-range analysis across the national security and civilian domains. So you are left with a hole for that longer-range systemic analysis. Thus the new IC Net Assessment office. (Here’s the original job opening.) 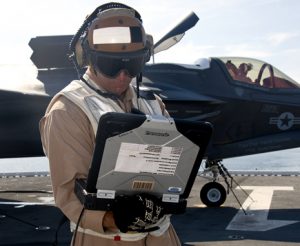 Using an ALIS tablet on the deck of USS Wasp

In other news, the head of Air Force acquisition, Will Roper, told me that the attempt to rebuild F-35’s maintenance and mission planning system known as ALIS as a cluster of apps is “going well, actually.”

However, the nascent effort is still an experiment at Nellis AFB run by software team known as Mad Hatter. The next step is, Roper said, for the Navy to decide if Mad Hatter should continue to work on what may become a substantial rebuild of ALIS, which has become perhaps the most troubled part of the F-35 program. That decision will be up to the Navy’s James Geurts, assistant secretary for research, development and acquisition, who now has acquisition authority for the F-35.