New Admiral In The Pacific, And He’s Got His Eye On China 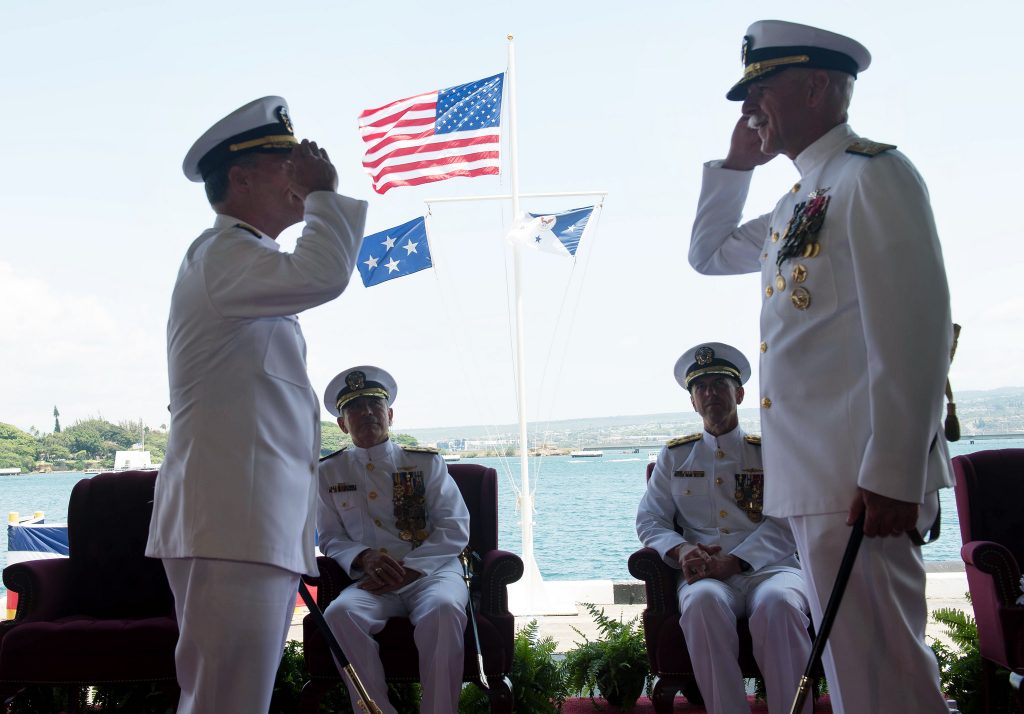 WASHINGTON: As the world’s largest fleet met its new commander on Thursday, he offered a stark warning to adversaries like China and Russia, who have emerged as major strategic competitors in the Pacific.

“A great power competition has reemerged as the central challenge to security and prosperity against our nation,” Adm. John Aquilino said. “Nowhere are the stakes of that great power competition higher than here in the Indo-Pacific region. To any potential adversary that wishes to challenge us, the Secretary of Defense said it best, ‘You can have no better friend, or you can have no worse enemy’ than the U.S. Pacific Fleet, that choice will be yours.”

Aquilino’s comments came the same day China announced its strategic H-6K bomber landed on one of Beijing’s artificial islands in the South China Sea, a clear signal that the Chinese military is willing and able to use its far-flung holdings as military bases. (China, of course, had told the world their fake islands would not be used for military purposes.)

Chinese bombers including the H-6K conduct takeoff and landing training on an island reef at a southern sea area pic.twitter.com/ASY9tGhfAU

Aquilino will be taking the helm of arguably the most important strategically important command, one stretching from Antarctica to the Arctic Circle and from the West Coast of the United States to the Indian Ocean, fully half of the earth’s surface. The U.S. Pacific Fleet consists of more than 200 ships and submarines, nearly 1,200 aircraft, and more than 130,000 sailors and civilians.

The ceremony at Joint Base Pearl Harbor-Hickham in Hawaii was full of Navy pomp and tradition, but also marked the retirement of Adm. Scott Swift, who announced his retirement last fall after being passed over as the next head of U.S. Pacific Command. The head of the Pacific Fleet normally transitions to take over PACOM, but deadly accidents last year aboard the Aegis destroyers USS Fitzgerald and USS John S. McCain which claimed the lives of 17 sailors, scuttled Swift’s chances. 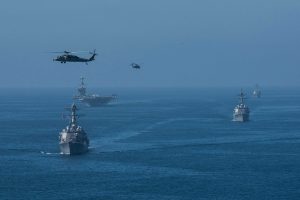 Swift echoed his successor’s concerns over security in the region, saying that China’s strategy for the Pacific, “with its inherent leveraging of national power for national goals at the expense of regional stability, has such significant global implications we should all be concerned.”

Beijing also announced this week that it had completed sea trials on its second aircraft carrier. In response, Swift said that “the leading edge of the application of this vision in the South China Sea has begun to spread to the Indian Ocean, a creeping genesis of a new rules-based order formed on the basis of military power, not international consensus.”

Swift didn’t dwell on his disappointment over not being tabbed for higher command, however. He told the crowd that “for all of us wearing the uniform, the greatest burden to service are the memories of those shipmates we have lost along the way.” Honoring the sailors who lost their lives aboard the Fitzgerald and McCain, he aded, “we must recommit ourselves to recognizing that while individuals are responsible for their loss and must be held accountable, the readiness environment that created the conditions for those individual failures and the death of the Fitzgerald seven and McCain 10, must be improved.”

He called for Congress to “fully fund the readiness accounts of the Navy we have before we start building a Navy for the future.”

Also speaking at the ceremony was PACOM commander Adm. Harry Harris — recently nominated as the next U.S. Ambassador to South Korea — who focused on Swift’s accomplishments. Harris spoke of Swift’s plan to create the 3rd Fleet Forward program to more closely integrate the movements of ships based on the West Coast of the U.S. with those in Hawaii and in Japan.

“He did this under his own authority,” Harris said. “The result is more lethality, more broadly applied.”