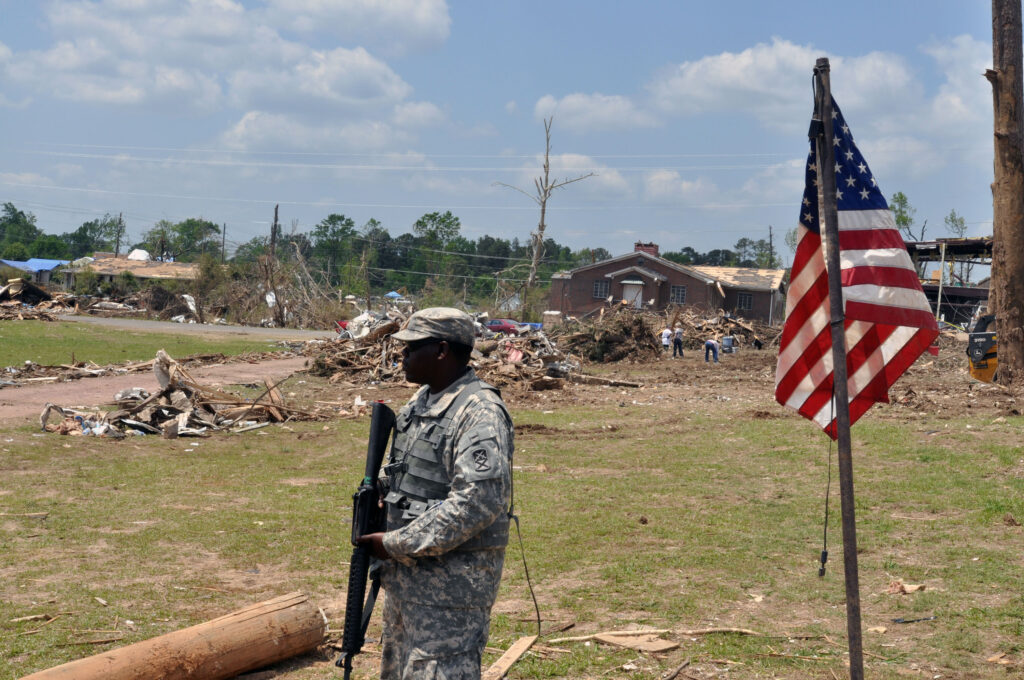 CAPITOL HILL: When the armed services come here to make their case to Congress, the Army tends to be the elephant: huge, grey, and kind of clumsy. But this year, as the regular Army heads into what will likely be a bitter battle over fiscal 2015 funding with the Army National Guard, the service’s leadership is showing some style and unaccustomed savvy — according to no less an authority than its chief opponent,  the powerful National Guard Association of the United States (NGAUS).

Two years ago, the Guard association took on the Air Force and won most of the battles over cuts to the Air National Guard. But “this one may be worse,” said Gus Hargett, the retired Tennessee Guard two-star who’s CEO of NGAUS. “I think the Army learned from the mistakes the Air Force made, and that they will be – let me phrase this the right way — a worthy adversary.” (While Hargett focused mostly on Odierno, some of us think Army Secretary John McHugh, a canny long-time defense lawmaker, has helped the service look a bit more nimble.)

“They have done an excellent job of educating people on the Hill” about the Army’s case for cutting the National Guard by 35,000, Hargett told me in an exclusive 75-minute interview at NGAUS’s Capitol Hill headquarters last week. “I think that’s the difference [from] where we were with the Air Force,” which shot itself in the foot by keeping its 2013 planning secret, he said. “A lot of people were shocked at the Air Force budget when it got to the Hill. I don’t think there’s anybody on the Hill that will be shocked at the Army budget.”

(This year, Hargett said as an aside, “I don’t look for an eruption with the Air Force again. I think that we will have some differences, [e.g.] the fight over the A-10 [retirement, but] you’ve got a new secretary and a new chief of staff who are far more willing to reach out to all of the stakeholders.”)

While anything’s possible before the final budget is released in early March, Hargett seems grimly resigned to the Guard having lost what had looked like a major battle inside the Pentagon — and it doesn’t take much reading between the lines to see he holds Defense Secretary Chuck Hagel responsible.

“The thing that bothers me the most is not the Army position. Hell, if I were an active [duty] guy, my position might be just like theirs,” Hargett said. “I’m disappointed at the senior leadership of the Pentagon for not being more involved in this decision process, not listening more to the TAGs [the adjutants general who command the Guard in the 54 states and territories], not listening more to what the governors have to say” — or to 57 of Hagel’s old Senate colleagues who wrote him saying the Army plan cut the Guard too much.

“If you get a letter from 57 senators — and last time I looked there’s only 100 of them over there…would you not say, ‘hey, we’ve got a problem’?” Hargett asked. But “the senior leadership of the Department of Defense have not been there when they were needed.”

(Of course, that’s from a pro-Guard perspective. From the regular-Army perspective, it’s Hagel and his staff who have pushed cuts that all the service chiefs consider dangerous and forced them to cut the Guard by a fraction of what the regular Army has already lost).

Nor does Hargett consider the National Guard Bureau and its chief, Gen. Frank Grass, to have been successful advocates inside the Pentagon. Indeed, as Hargett noted from his own time serving at the Bureau, the NGB’s role is difficult by design, requiring it to explain the Pentagon to the states and the states to the Pentagon and frequently under fire from both. Hargett made clear which side he’s on: “Gen. Grass is, I will say, a close personal friend of mine but he’s not somebody I go to for advice. I talk to the adjutant generals.”

“We will be in lockstep with the states and the adjutants general,” he said. “You will probably find many times when we disagree publicly with the Guard Bureau. And I think that’s ok.”

So what’s next? The White House may intervene to overturn both Hagel and the Army leadership on the subject of Guard cuts, just as it reportedly overruled Hagel and the Navy on proposals to retire an aircraft carrier. But if Obama — or the real center of gravity, the Office of Management and Budget — does not act, the Guard cuts will go to Capitol Hill.

On the Hill, however, Guard advocates have the homefield or rather home district advantage.

“I doubt you could find a zip code in America that doesn’t have a Guardsman in it,” Hargett said. “These guys are in every congressional district.”

When he was listening to the radio after one of 2011’s brutal tornadoes in Alabama, Hargett recalls, “they asked this one lady from Tuscaloosa when the tornado came through… ‘When did you feel that everything was going to be all right?’ And she said, ‘when that young Guardsman knocked on my door.'”

“So you know it’s hard to beat that on Capitol Hill — and it should be,” Hargett said. “It’s what’s right about our country.”

“When Martin Luther King got killed in Memphis….I was actually in the bowling alley, heard he’d been shot, and went home and starting packing my bags,” recalled Hargett, who was a young Guard officer at the time. “Within three hours, I was sitting in the middle of Memphis.”

Hagel has made an effort to prioritize such homeland defense missions. But, said Hargett, “Congress will do a better job of taking a look at is the requirements in the homeland, which I don’t think the Department of Defense does a great job of looking at.”

That said, what’s most under assault is the Army Guard’s capacity to fight wars abroad, a mission at least as central to its identity as disaster relief. “I see all of this as an attempt to really lessen the role of the National Guard as warfighters,” Hargett said. “When we start losing attack helicopters, reconnaissance helicopters … I just see tanks and Bradleys and all the other stuff coming next.”

“I will be the first to say the Guard needs to take some cuts,” Hargett emphasized. “We need to pay our percentage of the Budget Control Act, and I don’t think there’s a TAG in America that doesn’t agree.” And, he added emphatically, “I did not advocate for taking the Army down. We’re telling the story that we need 350,000 people in the Guard.”

(Again, that’s from a pro-Guard perspective. From an active-duty perspective, the budget has become a zero-sum game in which keeping more Guard troops means fewer active-duty regulars).

“We can get beyond bitterness,” Hargett said. NGAUS has publicly denounced as “disparag[ing], disrespectful and simply not true” comments about Guard readiness made by the Army Chief of Staff, Gen. Ray Odierno. But “I have the utmost respect for him,” Hargett insisted. “He and I just disagree….If he came in today, I think I could have a cup of coffee with him, I wouldn’t be mad at him.”

“He might be mad at me,” Hargett added, chuckling as some of his aides laughed out loud.

“To Gen. Odierno’s credit, I heard him make the statement the other day that he thought a 315,000-[strong] Guard is too small, but we can’t afford one bigger,” Hargett said. “[But] we can’t afford the active army we’ve got, so we have to have a Guard of 350,000″ to reinforce it in time of war, Hargett argued. “That is the real crux of where we disagree.”