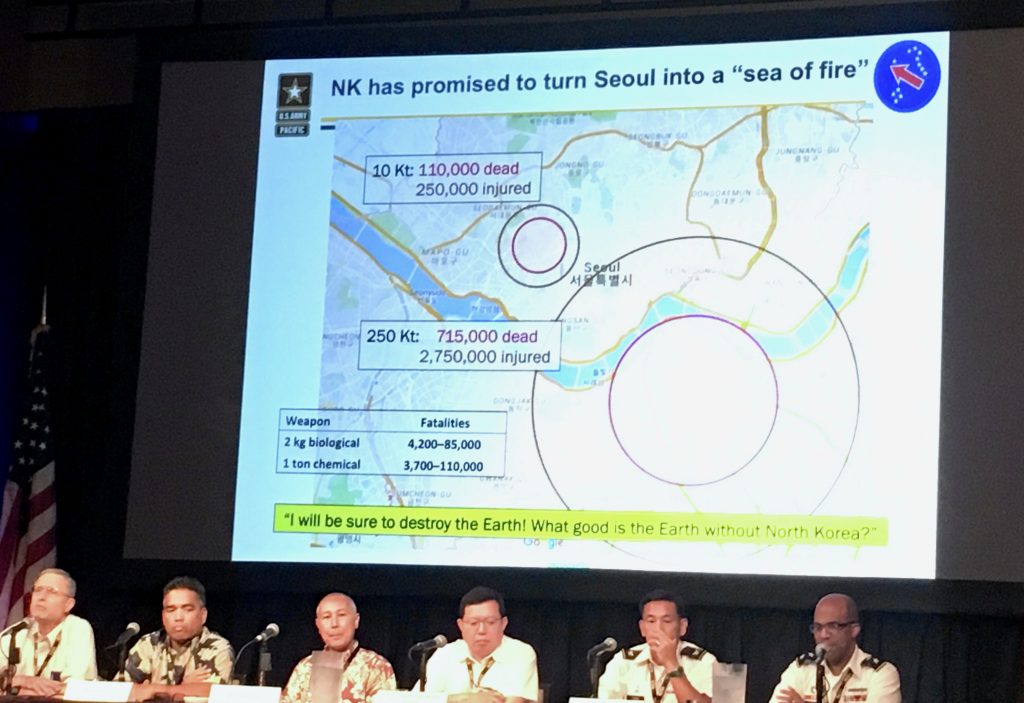 HONOLULU:  More than 3.5 million Americans and South Koreans could be casualties should North Korea attack Camp Humphrey, the huge American military base.

The camp, thought to be the most likely target for a North Korean nuclear weapon should war occur, is south of the South Korean capital, Seoul, but if Kim Jong Un used the most powerful nuclear weapon likely in his possession, RAND expert Bruce Bennett estimates 715,000 South Koreans and Americans would die in the blast. To add some perspective to his analysis, Bennett estimated causalities from a two-kilogram biological weapon — up to 85,000. deaths — and up to 110,000 deaths from a one-ton chemical weapon. Yes, up to 85,000 deaths from two little kilograms of a biological agent.

There was much more grim news on the same day that President Trump appeared to prepare the world for delay or cancellation of the planned June 12 summit with Kim. Reviewing the challenges of war against North Korea — whom he described as the equals of the Israelis as innovators — a former senior South Korean commander characterized North Korea as a “cyber superpower.” Just to make sure everyone of the roughly 1,400 people here at the Lanpac conference put on by the Association of the US Army, got his point, retired Lt. Gen. In-Bum Chun, said: “I repeat– North Korea is a cyber power.”

He also noted that just about all North Korean armored vehicles carry MANPAD missiles so he thinks it unlikely helicopters would be able to fly against Kim’s forces except at night. Apache helicopters are, of course, a key tool against armored vehicles. 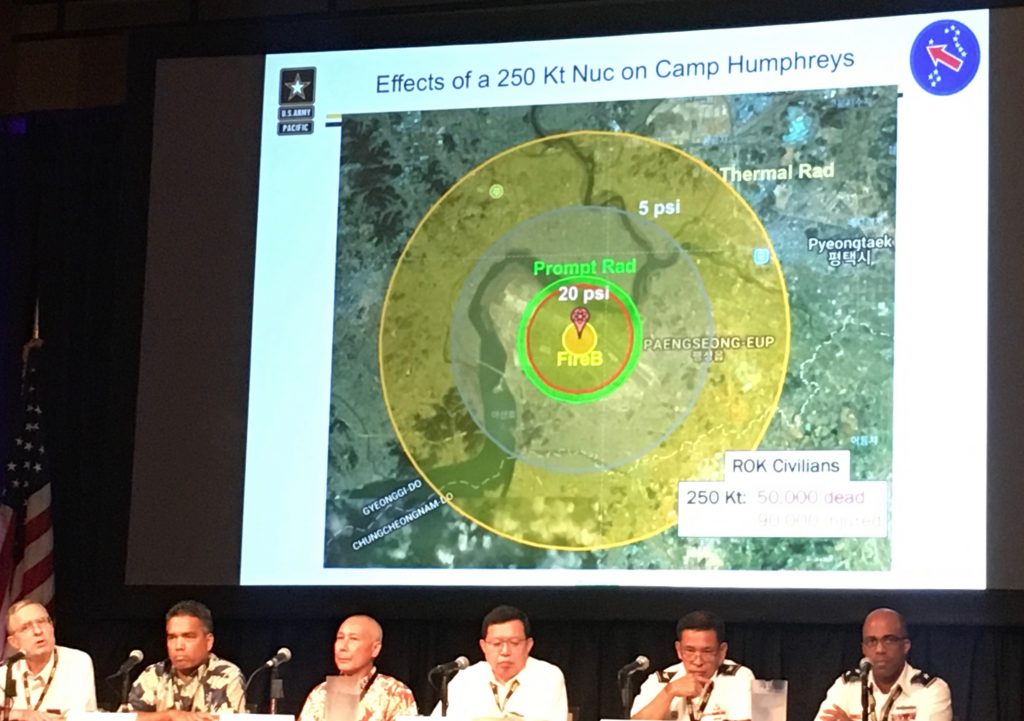 Bennett, the RAND expert, added that South Korea also faces a very serious national security problem as its population ages. As that happens, the South will no longer be able to field an active Army of more than 300,000, which he estimates is not enough to “convince China to withdraw” from the peninsula in the event of war. He said reserves could help, but South Korean reservists train a paltry three days a year so that’s not much of an option right now.

But there is some hope in all this. The general thinks information operations are “the way ahead,” saying the US and South Korea are not putting enough emphasis on this: “We have the greatest ideas on earth — of democracy and freedom.” He didn’t say it, but, after all, East Germany split open, the Soviet Union fell and hundreds of millions of humans no longer live in totalitarian nightmares.