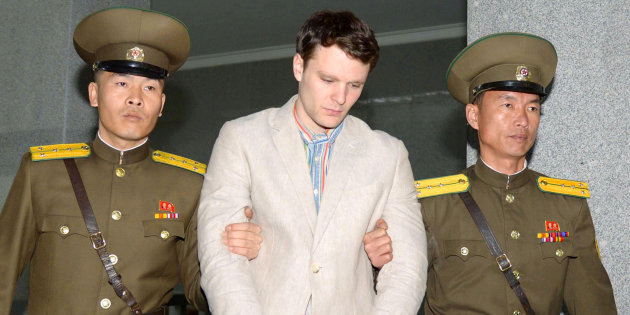 After more than a year as a hostage in a comatose state, Otto was returned to his parents. He died on Monday. North Korean officials murdered Otto. 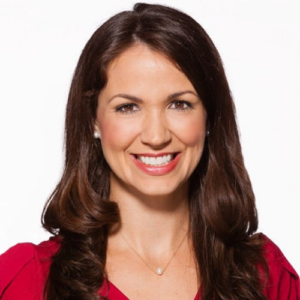 Pyongyang tried to do what it has in the past, and that is to exploit the hostage return for propaganda purposes. It claimed it released Otto on humanitarian grounds. This is absurd. We don’t know what form of brutality the North Koreans used that resulted in Otto suffering cardiac arrest and ultimately led to his death, but there’s no mistaking it was they who did this to Otto.

The North Korean government endorses depraved practices against its own people including punishment for alleged “anti-state” offenses (without proof or anything resembling a fair trial). It enslaves hundreds of thousands of citizens, including children, in political prison camps and other prisons where guards systemically commit torture, sexual abuse, and gruesome public executions.

Despite the systemic, regular brutalization that non-American hostages and everyday North Koreans face, the government of North Korea typically returns U.S. hostages without harming them physically. Those returned tell of harsh living conditions and being kept awake all night by the cries of people enduring relentless abuse. Some returned hostages continue to suffer from psychological trauma long after they’re home.

The reason the North hasn’t brutalized Americans in recent history before Otto is that it is using these American citizens as leverage in the hopes of earning sanctions relief without having to give up its missile and nuclear programs.

What the United States demands — that North Korea willingly give up its nuclear program — is not going to happen. No amount of diplomacy will change this. The Kim regime understands that its power to coerce and blackmail the United States of America hinges on its ability to credibly threaten American cities with a nuclear missile.

And make no mistake: it would target American cities to maximize loss of civilian life.

This is true for two reasons. One, regimes target what their enemy values most, compatible with the moral strictures of the targeting regime. For the United States, what it values most is its citizens. We place a high premium on a single innocent life lost. We have heated political fights over how best to set the conditions for Americans to flourish; we fuss over how best to keep American children healthy and safe; we spend countless hours looking for a single unaccounted for individual when tragedy strikes; we honor our heroic dead, including the nameless, unknown soldier. Where we show indifference toward the unjust taking of human life, we are not being ourselves.

And we’ve already established that the North Korean regime, willing to take on more sanctions while it enslaves and starves its people, is not restrained by the same moral considerations. What the totalitarian state did to Otto, it would do to any one of us.

So there it is. With a nuclear intercontinental ballistic missile, North Korea would credibly threaten everyday innocent, unsuspecting American families. This is why U.S. officials are absolutely right when they insist that the United States cannot and will not allow Pyongyang to achieve this capability.

This brings us back to Otto. His father told reporters that during the Obama administration, “We were advised that it was important that you don’t upset the North Koreans. We followed that logic.” Being sensitive to the regime did not work.

Instead, the North Koreans continued to improve its ability to threaten the United States with nuclear missiles and brutalized and killed Otto, the Warmbiers’ son, our fellow American.

First, the United States should demand the immediate safe return of the remaining three American hostages. Families of the hostages might call for restraint. But Otto’s fate demonstrates that unless the United States forces Pyongyang to assess it is not in its interest to harm them, we have no reason to think their fate will be better than Otto’s.

Then it should work to truly choke off the totalitarian state from the rest of the world and beef up U.S. strategic deterrence. It can do the following, but it is certainly not limited to these:

The Obama administration’s policy of “strategic patience” failed to stop North Korea’s missile program and nuclear program, and it didn’t deter the regime from murdering Otto. Defense Secretary JIm Mattis was right when he said a military solution in North Korea would be “tragic on an unbelievable scale.” To avoid this, North Korea — and its Chinese enablers—must be made to understand that, with the repeated nuclear and missile tests, and now with the murder of Otto Warmbier, the United States is officially out of patience.

Rebeccah Heinrich is an expert on missile defense and nuclear weapons affiliated with the Hudson Institute. Follower her on Twitter: @RLHeinrichs