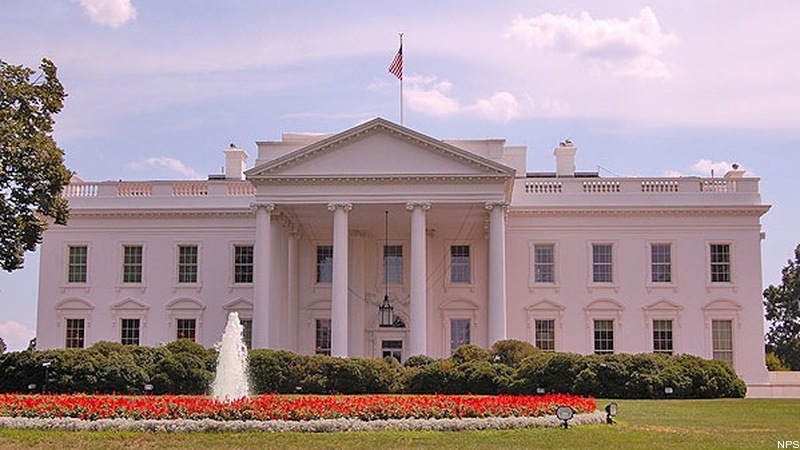 WASHINGTON: The Senate and House Armed Services committees’ push to review the foundational law underpinning today’s US military, known as Goldwater-Nichols, was given a boost today by a group of top former generals and mostly Democratic Pentagon officials.

Their biggest takeaway: the National Security Council is too big and takes activist positions on military operations instead of mediating the interagency process. Breaking D readers are familiar with this problem. In addition to those problems, identified by the first panel at the Center for Strategic and International Studies this morning, a group of former generals and Democratic added their authority to a letter (which appears below) calling for greater efficiency and effectiveness in the national security process and the Pentagon’s command structure.

The letter criticizes a wide array of Pentagon and broader national security processes, saying “the Defense Department, and even more so the broader U.S. national security complex, appear sclerotic in their planning, prioritization, and decision-making processes.”

But the morning panel hammered away in particular at the NSC, which has grown from 40 people under the first President Bush to almost 400 under President Obama. Leading the discussion was the uber defense Democrat, former Deputy Defense Secretary John Hamre, who is CEO of CSIS.

Hamre offered one of the best lines heard in years about Washington and its defense establishment. “Washington really is a town of 14 goalies and no puck.”

He followed that with the much more sober assessment that: “In our review of the last couple of months, what comes out is the excessive demands of the NSC process and the ways in which it’s warping…. the department.”

Former Air Force Chief of Staff Gen. Norton Schwartz noted how intrusive the NSC often is in both policy and in operations. “The NSC should not be activists. They should have a limited — if any role — in execution.” He pointed to the fact that Central Command leaders in Afghanistan often had to spend most of their sleeping hours doing video teleconferences with the White House.  “I think there’s a fundamental dysfunction there which is not healthy.”

Jamie Garelick, a member of the Defense Policy Board which offers advice directly to Defense Secretary Ash Carter, said the White House had generally siphoned authority away from the traditional departments and invested its officials with greater authority over the execution and creation of policy. She said, “it’s not just defense; it’s across the board.” She said she understood why presidents over-centralize: because they suffer the political pain when subordinates make mistakes. She said we’re not going to fix this until that is not the case.

Hamre wrapped things up, saying it will be up to the next president to decide if we’re going to have an “operational NSC,” as we have today, or a body that advises the president on policy,.

Kathleen Hicks, who led the second panel at CSIS today, offered an insightful survey about what changes need to be made to the Defense Department. Here are the slides:

“This year marks the 30th anniversary of the passage of the Goldwater-Nichols Defense Reorganization Act. The landmark 1986 legislation sought to improve the quality of military advice, enhance the effectiveness of military operations, and strengthen civilian authority. The subsequent improvements in U.S. military effectiveness are global benchmarks for other militaries. Recently, President Xi Jinping of China announced a set of military reforms for his country that mirror the approaches taken by the U.S. Congress in 1986.

“For all its merits, we believe the time is right to reexamine the Goldwater-Nichols Act and national security reform more generally. We should leverage the interest in defense reform to focus on the most important challenges facing our national defense, which are different than those that drove change at the height of the Cold War. We find two broad problem areas most compelling for reformers.

“First, the complexity of the security environment and the speed with which it changes is unprecedented. Adversaries and potential adversaries are adapting to this environment in ways that affect U.S. interests, from the broad use of information campaigns and political warfare to the game-changing spread of militarily significant technologies around the globe to the blending of conventional, unconventional, and strategic approaches to deny U.S. access. Moreover, many challenges are transregional and multifunctional in nature, increasing demands for integration in the national command structure. Against this challenge set, the Defense Department, and even more so the broader U.S. national security complex, appear sclerotic in their planning, prioritization, and decision-making processes. We should identify better ways to pace and get ahead of this changing environment.

“Second, the defense enterprise is too inefficient. These two problems are intertwined. There appears to be significant duplication of responsibilities and layering of structure, which contributes materially to the perception that we are at risk of being outpaced and outwitted by adversaries. Moreover, our military and defense civilian personnel systems, requirements and acquisition systems, security cooperation and foreign military sales systems, and strategy, planning, programming, and budgeting systems reflect twentieth-century approaches that often seem out of step with modern best practices. Enterprise inefficiency is all the more problematic because the gap between our goals, as set forth in national strategy documents, and our means, as manifested in defense resourcing levels, is growing. Defense and national security reform alone will not create the needed dollars for defense—we must have adequate and stable funding for the military. Nevertheless, reform can help improve efficiency in ways that both create a better value for the American taxpayer and increase military effectiveness.

“Each of these problem areas requires significant refinement to validate and scope so that possible solutions can be considered. We believe efforts now underway inside the Defense Department and on Capitol Hill are spurring such inquiry into clearer problem definition. Over the next nine months, we likewise plan to focus ourselves individually and, under the auspices of the Center for Strategic and International Studies, collectively on helping to advance understanding of these two problems, clarify associated problem statements, and promote open-minded and innovative approaches to devising possible solutions. Our goal is to provide the Congress and the administration with our insights into possible major reforms.

“We have the finest military in the world and the strongest civilian defense expertise. Reform efforts should seek to build on and expand these advantages. As we go about our efforts, we will keep two central principles of our national heritage in mind. First, we must sustain civilian control of the military through the secretary of defense and the president of the United States and with the oversight of Congress. Second, military advice should be independent of politics and provided in the truest ethos of the profession of arms. We urge those in the Pentagon, those advising presidential campaigns, and those on Capitol Hill to keep these principles at the forefront of any reform discussions.”  To read the signatories, click here.