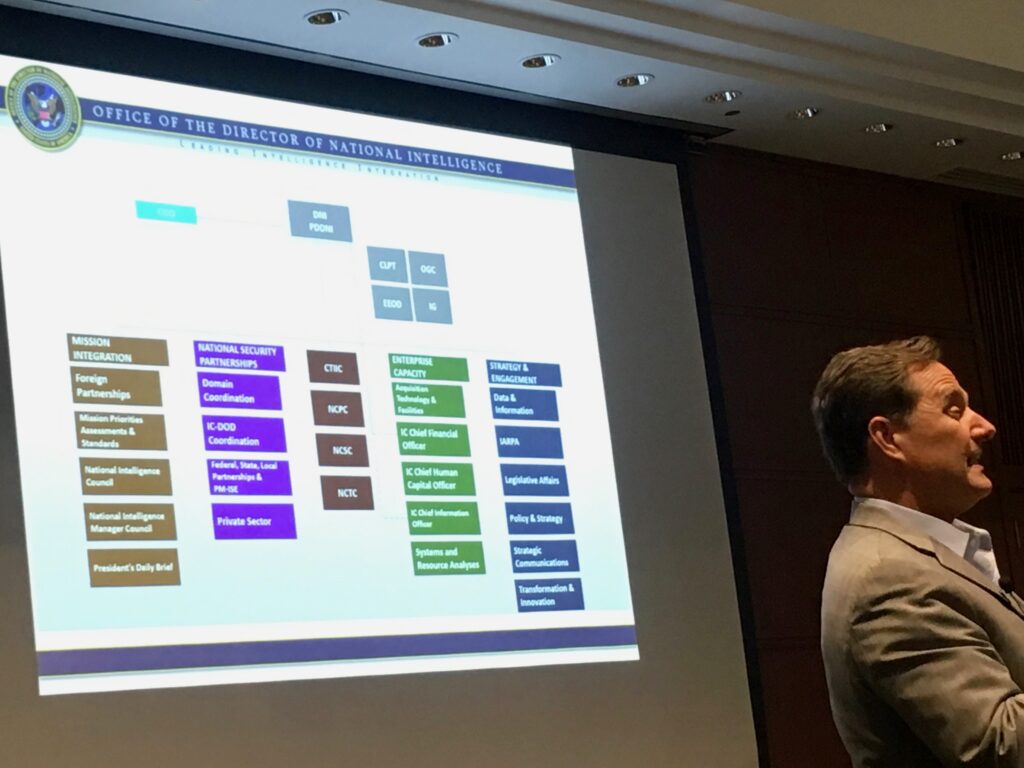 INSA HQ: Drive milestone decision authority down as low as is possible. Speed decision-making. Let the Intelligence Community agencies create simple and clear requirements and manage their programs, as long as everything goes along swimmingly.

That outlines the changes to acquisition that the Office of the Director of National Intelligence plans to make over the next 100 days. This is all part of the DNI Dan Coats’ Transformation Initiative that Breaking D readers already know about.

Kevin Meiners, assistant DNI for acquisition, technology and facilities, said the “philosophy” the DNI has been following is to delegate Milestone Decision Authority — the most important acquisition decision-making power — to the IC agency’s component or service acquisition authority after Milestone B, the crucial point when a program moves from technology development to research and development.

A senior DNI official told Breaking Defense many of the IC’s programs are already in pretty good nick, with at least 90 percent (an intel official has to fudge things a bit for our nemeses, right?) in green or, a few cases, in yellow territory. Translation: the NSA and NRO’s satellite, ground station and sensor programs have rebounded well from 15 years ago, the dark days of Space Radar, Future Imagery Architecture and Broad Area Satellite Imagery Collection when the NRO was stripped of Milestone Decision Authority on a number of programs and saw several major programs canceled. 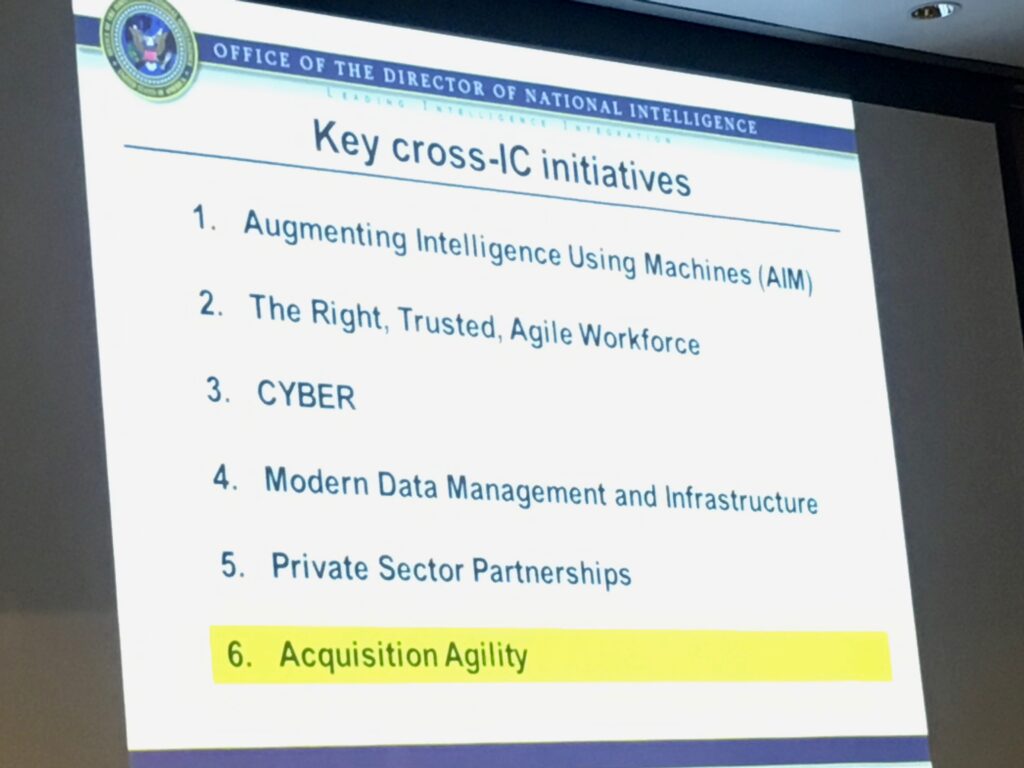 The ODNI official carefully noted that although having most programs in the green is generally a very good thing, it can also indicate the IC isn’t taking enough risk as it deploys new technologies. Similar arguments have been offered to explain the Air Force’s year-on-year cost containment for much of the last five years. The service, analysts say, is in the midst of its larger acquisition programs — like the Joint Strike Fighter — and may not be trying the sort of risky ventures that can set a military apart from its competitors. To be fair, keeping costs under control may not be a bad thing when Congress finds it impossible for a decade to pass a regular spending bill.

The NRO’s Principal Deputy Director, Frank Calvelli, told the Intelligence and National Security Alliance meeting on acquisition today that the NRO infuses its systems with regular tech refreshes. Instead of building a series of two, four or six satellites all using the same technology, Calvelli told me the builder and operator of the nation’s spy satellites budgets for them in separate line items and builds new software or sensors or other subsystems. I wanted to make sure the NRO approach was not simply an example of the IC using its comfortable program reserves of 50 percent to pump up a program, and he assured me these are separately budgeted line items. The NRO, he told me, has been doing this for seven or eight years and works closely with congressional oversight committees to ensure proper oversight. This seems to be something some of the services might want to consider for high tech programs.

Traditionally, Congress has taken a dim view of extra cash being spent on programs unless it has excellent control over it, which is why it’s so difficult to get Hill approval for multi-year procurements and why there’s been longstanding resistance to giving more than two years funding to a weapons program. Australia and a number of other close allies with parliamentary systems have fewer major decision points on most major programs. Once a program is funded it goes ahead until the next tranche comes up for a vote — unless or until major cost, technology or schedule problems surface.