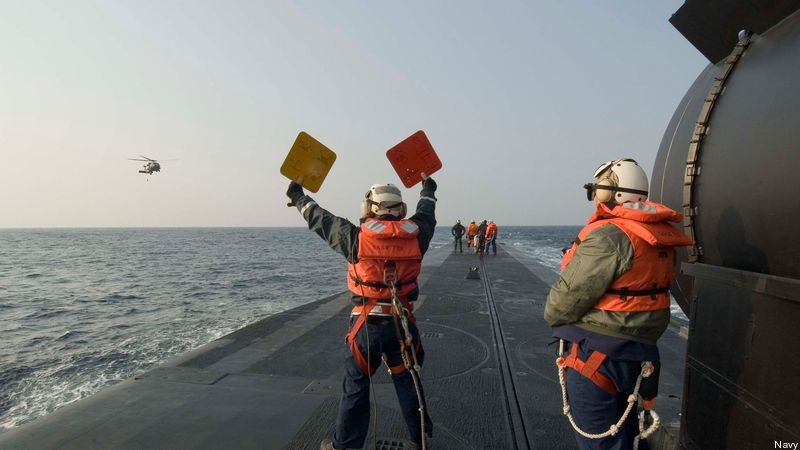 Omaha: The White House plan to cut the size of the Ohio-class replacement submarine fleet just doesn’t hold water, according to a senior defense official and several Navy officers.

The Office of Management and Budget wants the SSBN-X purchase to shrink from 12 to 10 boats. To compensate in part for the reduced number of boats, OMB has proposed increasing the number of launch tubes from 16 to 20 to allow the smaller fleet to strike a larger number of widely scattered targets.

Several shipbuilding experts have made clear that it would be very difficult to build a smaller fleet that could stay at sea for longer periods, which would be necessary to meet the Navy requirement to keep five boats on station at all times.

One experienced Navy submariner told me that NAVSEA had combed through the program trying to find ways to save money and keep five boats on station. NAVSEA, this source said, was at a loss to find ways to keep that many nuclear missile subs on station and actually save money. “They went through it with a fine tooth comb, looking for ways to save money. There isn’t any to save,” this source said.

The problem is pretty simple, the Navy officer told me. If you put in more tubes, that raises the cost. If you engineer the boats to a high enough standard to allow them to stay at sea you spend so much that you obviate whatever savings you might incur from reducing the size of the fleet. The senior defense official confirmed the Navy’s work and supported the Navy position.

OMB can always order the Pentagon to reduce the fleet’s size, of course. But given how much support there is at high levels of the administration for a robust triad, and given how crucial Strategic Command and many senior OSD official believe the nuclear submarine fleet to be to deterrence, this looks like one budget cutting proposal that is unlikely to happen.