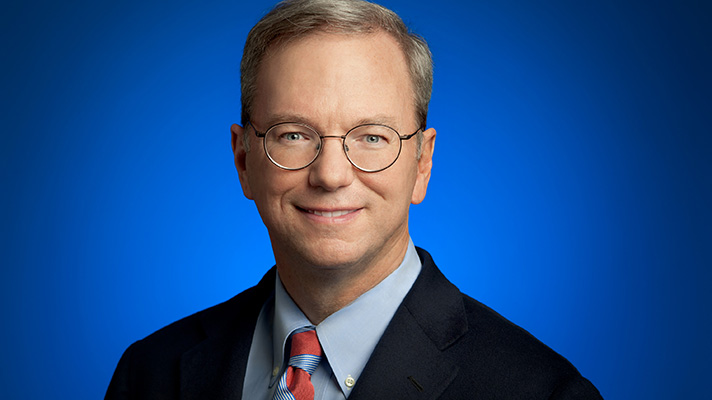 “The image that popped into my mind was of Nikita Khrushchev banging his shoe in the UN and saying, ‘We will bury you,” Work said. Work told me Schmidt was “absolutely right” to call for America to come up with its own strategic plan to boost its work on AI, as China recently did. “As Eric said, the US does not have a coherent strategy” for developing AI, said Work, father of the Pentagon’s Third Offset Strategy. 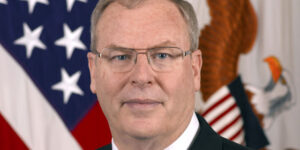 China’s just announced an AI strategy designed to assure it will be dominant in the host of technologies by 2030.

“If you believe this is important, as I believe, then we need to get our act together as a country,” Schmidt said this morning. In a Q and A session at the event organized by the Center for a New American Security, Schmidt said he thought the US will maintain its lead over the People’s Republic of China for the next five years, but he expects China to catch up about then and pass us “extremely quickly.”

How important does China think AI can be? Work told me the Chinese estimate they can boost economic growth with AI by 26 percent by 2030. “It’s quite stunning,” Work said. And, of course, the PRC’s government has published a national strategy and released it to the world.

What’s the best response by the United States, I asked Work after Schmidt spoke. The federal government needs to answer this question at its highest levels, as happened after the Soviet Union stunned the world and launched the first satellite, Sputnik, Work said. This is not something the Pentagon can fix by itself.

The US should, at least, offer a free education “a free ride” to promising AI students, the former deputy defense secretary said. In return, they would agree to serve in an AI reserve corps, something like a cross between the Reserves and National Guard. They could work for Alphabet, Facebook or any other company and make lots of money while also providing their unique skills to their country.

A colleague and I pressed Work, asking him if America was likely to undertake such a major effort, barring a catalytic event that strikes fear into the voting public, as Sputnik did. His reply is worth noting: “If we wait for the Sputnik moment, we will be too far behind.” 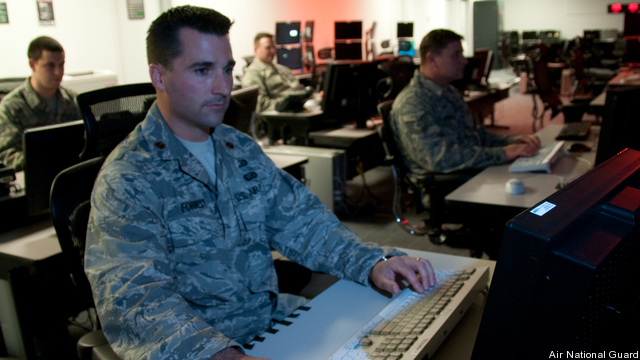 In related news, Work said he understands the Algorithmic Warfare Cross-Functional Team is on track to deploy its first algorithm by December to sort through vast amounts of video collected by surveillance drones, a flood of data that’s overwhelming human analysts. Schmidt made the point during his remarks that the Defense Department wastes the talents of many of its highly trained personnel watching video screens and typing information from one system into another. That is exactly the sort of important, but mundane and mind-deadening work that AIs can take over from humans, Schmidt said.

Finally, Schmidt, one of the few top software or social media executives to openly work with the Pentagon as chairman of its Defense Innovation Advisory Board, also made the point that the United States risks much by excluding talented immigrants from the country. “Shockingly, some of the very best people are in countries where we won’t them into America.”

Iranians, for example, are some of “the smartest and top computer scientists  in the world,” he said. He’d love to hire many of them, but Trump administration policies make this extremely difficult. “It’s crazy not to let them in,” Schmidt said.

The president today slammed the immigration laws that allowed the coward in New York who killed people with his truck to enter the country. The person is from Uzbekistan, which, of course, isn’t on the administration’s list of countries whose citizens were effectively barred from the US by Trump’s September executive order. (The judiciary has, so far, barred the administration from executing the order.) As a reminder, the order targets Iran, Libya, Syria, Yemen, Somalia, Chad and North Korea. Chad, of course, had provided extensive help to the US and allies in the fight against terrorism in Africa. And who can count the number of North Koreans streaming into the United States?