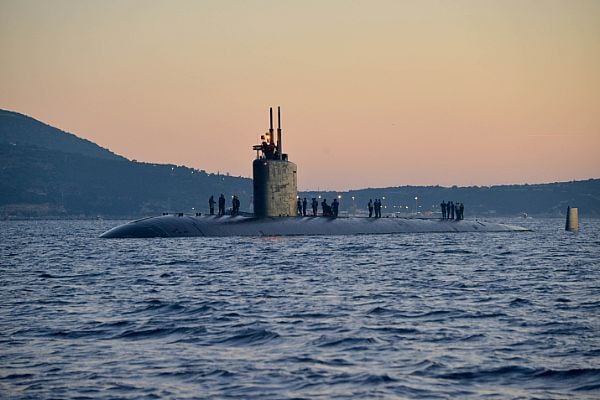 WASHINGTON: US commanders facing off against growing Chinese and Russian fleets want more submarines in the water, and they want them now. That will be a major challenge as the Navy struggles to keep its subs in service and out of extended repair availabilities.

Not only are shipyards and parts suppliers straining under the current workload, pushing back maintenance availabilities and placing new submarine construction at some risk, but long-range plans see the number of attack subs dipping significantly before they slowly rise again late next decade.

The head of Indo-Pacific command, in particular, says he’s concerned. Of the roughly 400 non-US submarines operating the world, 75 percent of them work in the Indo-Pacific region, Adm. Philip Davidson told the House Armed Services Committee this week.

Around 160 of those subs are being operated by China, Russia, and North Korea. By 2020, US intelligence agencies predict, China will likely have 70 nuclear- and diesel-powered submarines in the water.

“Potential adversary submarine activity has tripled from 2008 levels,” Davidson said, “which requires at least a corresponding increase on the part of the United States to maintain superiority.” 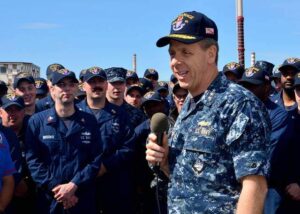 But as Navy plans attest, that isn’t likely to happen for years, if ever.

Any course change in long-range shipbuilding plans would take a massive effort — and investment — to push more hulls out of shipyards that are already straining to keep up with the volume of repair work, let alone bending steel on huge upgrades to Virginia-class subs and the start of work on 12 new the Columbia-class hulls.

In a sign of just how stressed the Navy’s repair schedule is, service leaders included $653 million for repair and refit of three Los Angeles-class submarines in the Unfunded Priorities List it submitted to Congress last week. The document said that three subs waiting for maintenance in private yards are at the top of its list: $290 million for USS Boise, $306 million for USS Hartford, and $57 million for USS Columbus.

The backlog comes as the Navy is attempting to boost attack submarine production before they drop. The Navy expects to drop from 52 to 42 attack subs by the late 2020s, followed by a gradual ramp-up in subsequent years. The requirement, as spelled out in Navy doctrine and plans, calls for 62 subs.

To speed up that build and repair rate even slightly, the Navy added a third Virginia-class submarine in the fiscal 2020 budget request. Vice Adm. Bill Merz, deputy chief of naval operations told the HASC seapower and projection forces subcommittee this week that even with the backlogs at shipyards and bottlenecks with the supplier base he thinks the Navy has to keep to this more ambitious schedule or risk falling even further behind.

“We have been fighting very hard to get that [Virginia] program back on track, and no matter what we do — even with a third submarine in 2020 — it is still going to be the furthest away from its validated requirement for the next 20 years,” he said.

Rep. Joe Courtney pressed Navy acquisition chief James Geurts on the build schedule. Guerts said the service has been able to push down build times on Virginia-class boats down from 84 months to 66, but “we’ve been a little bit challenged” on pushing that number any lower.

Geurts, concerned about the drop in attack sub numbers next decade, said that adding a third Virginia next year means the Navy is taking “a little more risk than we did last year by adding that into the plan.” 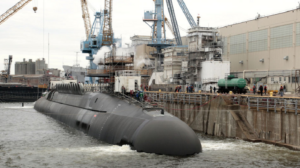 “We’ve seen improvement on the public yard in terms of reducing idle time and buying back maintenance days,” Geurts said. “We’re better than we were, but we’re not where we need to be yet in terms of having ships with idle time, not certified, waiting to get into maintenance.”

While ships wait to get fixed up, commanders are also waiting for those ships to get back into service.

“My day-to-day [submarine] requirement is met by slightly over 50 percent of what I ask for,” Davidson told lawmakers. “The capacity limitations, as we go down over the course of the next several years, is indeed a threat to day-to-day operations than I think we need to have in the theater,” he added.

The Navy has a goal of keeping around 30 submarines – over half of its total submarine fleet – working in the Pacific. But as the Los Angeles-class fast attack subs begin retiring in the coming years, and the total number of hulls drops to about 42 by 2026, those operational pulses in the Pacific will likely become even more urgent.

“The number of submarines is an area in which we hold an asymmetrical advantage over virtually, well, all our adversaries,” Davidson said. “It’s a critical advantage that we need to extend.”