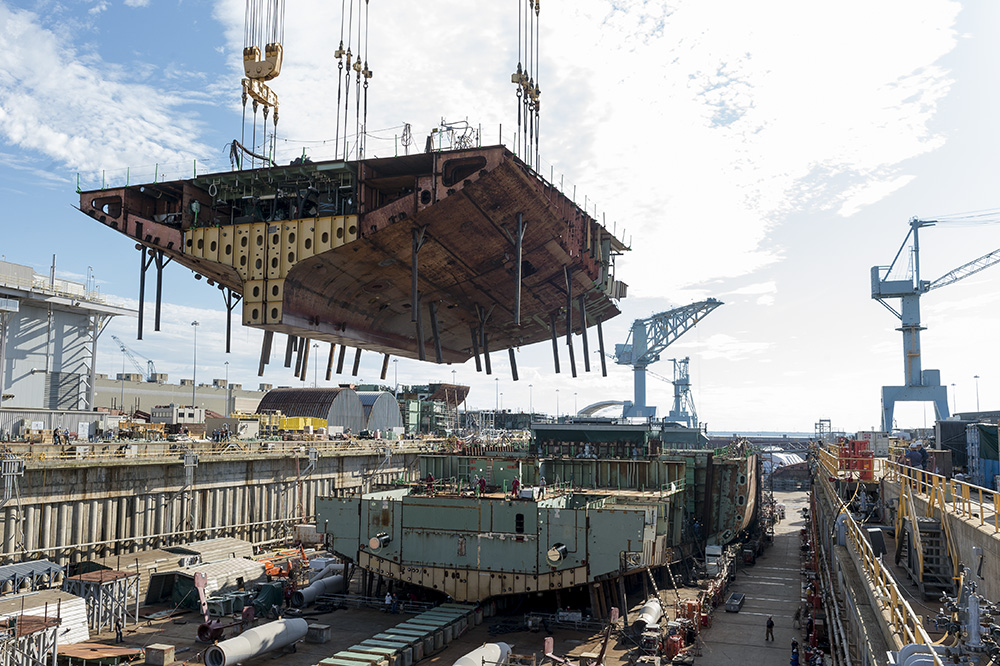 WASHINGTON: After months of prep work with the shipyard, the Navy is formally asking Newport News Shipbuilding to propose a plan to build two 1,000-foot-long supercarriers on a single contract. The chairmen of the House and Senate seapower subcommittees were quick to applaud the idea, saying it could “save billions.” If approved, the so-called “block buy” could accelerate aircraft carrier production and help the Navy build up to the 12-carrier fleet required by law. 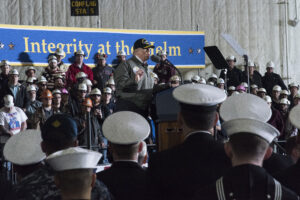 President Trump has talked up the 12-carrier goal, both in office and on the campaign trail, but until now his administration hasn’t done that much about it. Indeed, plus-ups to shipbuilding of all types has fallen far short of what would be required for the Navy to reach its Force Structure Assessment target for a 355-ship fleet (counting all classes from supercarriers to destroyers to oil tankers). Navy officials now consistently say they won’t reach the 355 figure until the 2050s.

The carrier program in particular has sailed a sea of troubles as it delivered the first new flattop design since the Nimitz (CVN-68) was commissioned in 1975. Bush-era decisions to try out multiple new technologies on the USS Ford (CVN-78) — new catapults, new arresting gear, and a new power plant to run them — led to delays and cost overruns under Obama. The fiery chairman of the Senate Armed Services Committee, former carrier aviator Sen. John McCain, even commissioned a graphic berating the Navy for going an estimated $2.4 billion (23 percent) over budget. 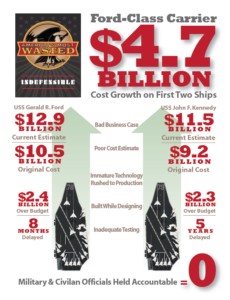 The McCain graphic also estimates $2.3 billion in overruns on the second Ford-class carrier, Kennedy (CVN-79). The current two-ship buy is for the third and fourth ships, Enterprise (CVN-80) and the as-yet-unnamed CVN-81.

The Navy hasn’t done a two-carrier deal since the Reagan buildup of the 1980s, when the Nimitz-class carriers being built, the state of the industrial base, the size of the budget, and the statutes governing shipbuilding were all very different. So how would it work today?

Start with what it wouldn’t do. Just because the Navy buys two ships on one contract doesn’t mean it will get both in the same year: the shipyard lacks the physical capacity to build that much, that fast. Nor will the Navy get two ships for the price of one (keep dreaming). Nor will the Navy pay the full price for both carriers in a single fiscal year, thanks to “incremental funding” authorities that allow it to spread out the cost over multiple years.

What the Navy would do, in essence, is buy two carriers as a package deal. That would guarantee the shipyard two flattops over some number of years and allow it to purchase materials and components in bulk, as well as more confidently make investments in its production plant that would lower costs in the long run.

Experts told us you can count on about five percent cost savings from buying components for two ships at once. You could get additional savings from speeding up the rate of carrier production so that the two ships deliver three or four years apart, instead of the now-usual five. (Of course, buying carriers faster only makes the individual carriers cheaper — overall, you’re buying more carriers and thus spending more).

Navy officials recently testified they expected a 10 percent savings. Rep. Rob Wittman and Sen. Roger Wicker, the House and Senate seapower chairmen, estimate in their press release today that, through the two-ship buy and other, unspecified “smart acquisition” measures, the Navy could save $2.5 billion over the two carriers. 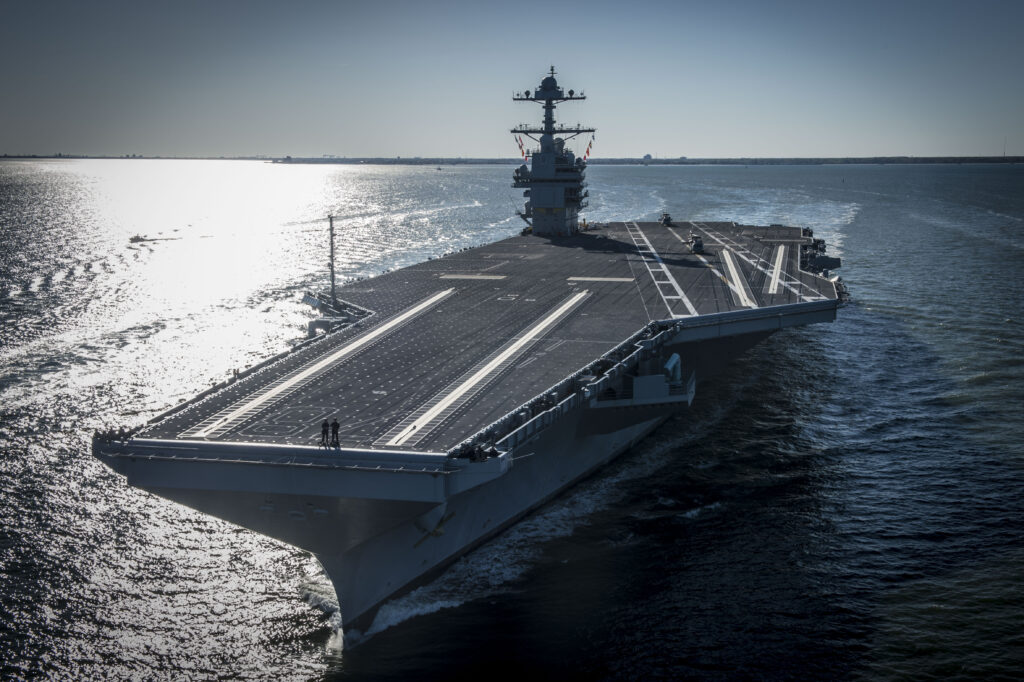 The formal Request For Proposals (RFP) announced today essentially asks Huntington Ingalls Industries, which owns the Newport yard, to prove it can deliver on those estimated cost reductions. “The Navy is requesting a proposal from HII-NNS in order to evaluate whether we can achieve significant savings,” Navy acquisition chief James “Hondo” Geurts said in a statement. “This opportunity for a two-ship contract is dependent on significant savings that the shipbuilding industry and government must demonstrate.”

Presumably the Navy wouldn’t ask the question if it weren’t confident it would get a positive answer. But the burden of proof is still on the shipyard and the Navy to show this unusual expedient would save as much as they hope.