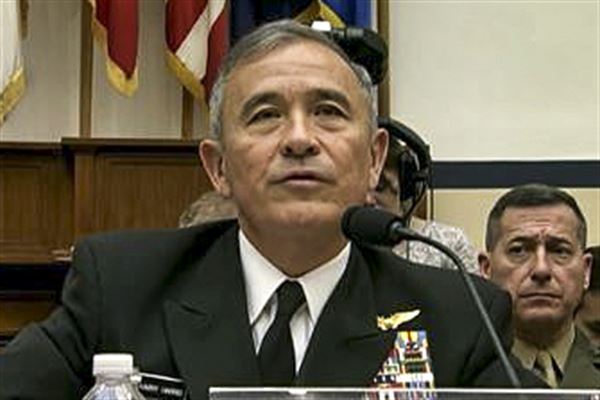 While North Korea threatens to shoot and sink American aircraft carriers and launch nuclear weapons, Pacific Command is running short of precision-guided munitions. And Pacific Command does not have enough surface ships, submarines and antimissile radars to keep up with current and emerging threats, its commander Adm. Harry Harris told the House Armed Services Committee today.

The admiral got a receptive ear from HASC Chairman Rep. Mac Thornberry, who told reporters after the hearing that he would like to see Congress step up with more resources for PACOM. But Thornberry admitted that budget brinkmanship in Washington will make that unlikely.

Some of PACOM’s equipment and technology gaps are actually unrelated to the North Korea crisis but are a direct result of the battle against the Islamic State. Harris has loaned Central Command large stockpiles of small diameter bombs and air-to-air Sidewinder missiles. “We need more,” he told the committee. PACOM’s supplies of Mark 48 torpedoes also are dwindling.

Pacific Command may not spend munitions as fast as CENTCOM, but what it does use more than any other U.S. war command is submarines. PACOM today only has 50 percent of what it estimates it needs to keep tabs on North Korea, Chinese and Russian undersea activity.

“The numbers are low and getting smaller,” said Harris. The Navy’s entire attack submarine fleet of 52 is projected to shrink to 42 in a few years unless the Navy gets a big influx of new money. Should Trump’s proposed naval buildup happen, the submarine fleet would expand to 66.

Why does PACOM need more weapons and new ones, especially transformative systems? It’s simple, Harris said: If you think it is hard to deter North Korea today, wait till we have to deter China and Russia as they roll out their shiny new weapon systems in the coming decades.

Kim Jong-un’s aspirations are real, the admiral told the HASC. Besides his ICBM and nuclear weapon tests, he is moving to build ballistic-missile submarines, a development that is “troubling,” Harris said. “If he miniaturizes a nuke and puts it on an ICBM and figures out how to make that thing survive reentry, then we have a real problem.”

Under repeated questioning by HASC members, Harris suggested that the United States can defend American ships and allies in the region from North Korean missiles. 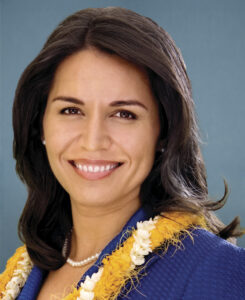 Harris repeatedly urged the committee to study deploying interceptor missiles on the island state. The existing ballistic missile defense architecture is “sufficient to protect Hawaii,” he said. But it is hard to predict what could happen if Kim Jong-un launched a barrage of missiles and the U.S. shield were overwhelmed. “I think we would be better served with a ‘defense of Hawaii’ radar and interceptors. We ought to study it for sure.”

Hawaii already is moving to acquire a missile search and tracking radar. Both Lockheed Martin and Raytheon are vying for that deal.

Several Republicans on the committee pushed Harris on whether the United States should withdraw from the 1987 Intermediate-Range Nuclear Forces Treaty, which bans the U.S. and Russia from developing ground-based ballistic and cruise missiles with ranges between 500 km and 5,500 km.

Harris said it was worth considering. The US faces Chinese land-based missiles, 95 percent of which fall within the INF range. How many can PACOM deploty? “I have none in PACOM nor does the U.S. military,” Harris said. “I am concerned that on the conventional side, we are being taken to the cleaners” by countries that are not signatories to the INF like China or Iran.

Harris said he’s keeping close watch on China’s efforts to develop hypersonic missiles. “What we can do? Develop our own, and improve our defensive land-based weapons to match Chinese weapons.” But that too might run smack dab into the INF treaty.